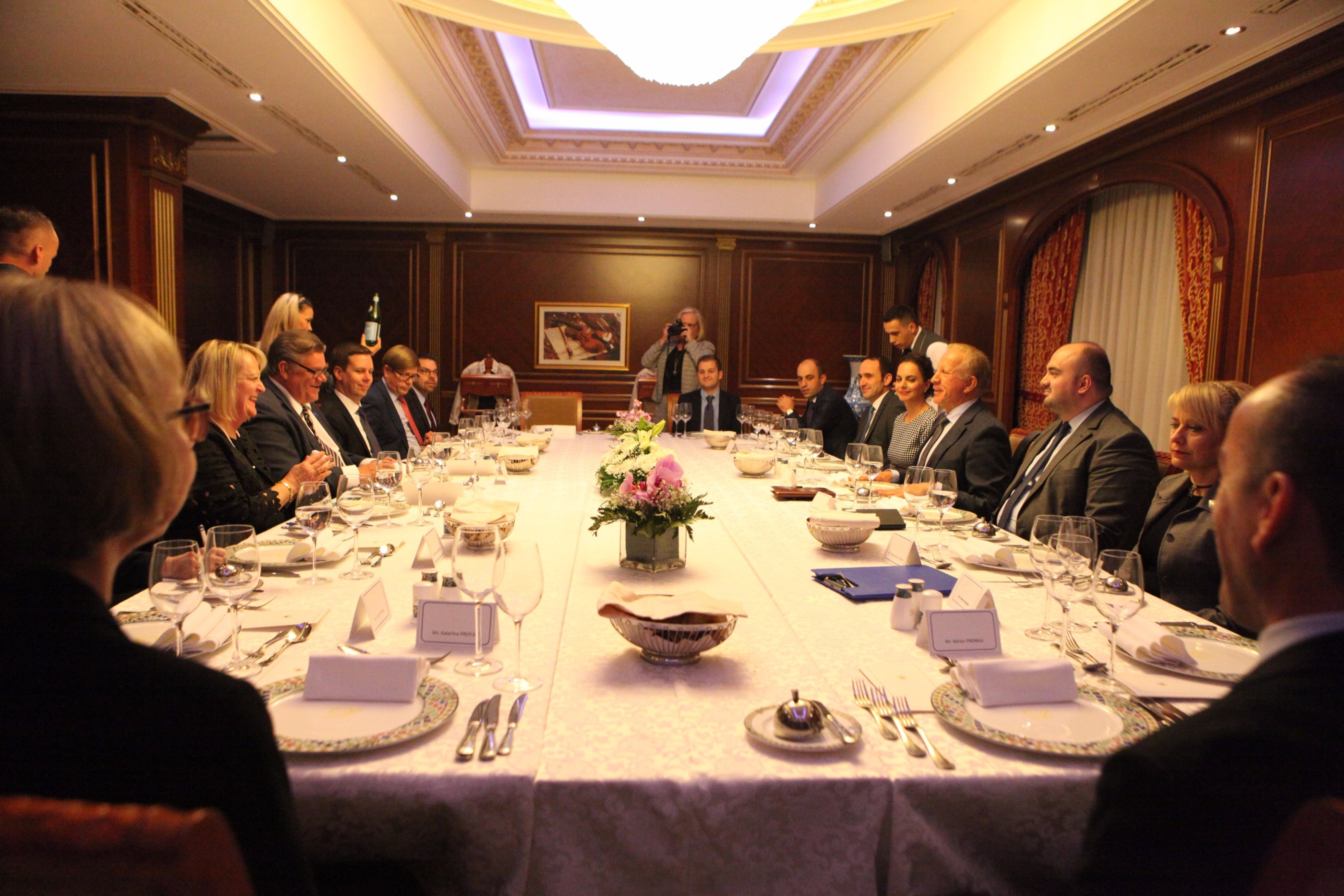 PRISTINA – The chief diplomat of Kosovo, Behgjet Pacolli, together with a delegation of the Ministry of Foreign Affairs, have welcomed the Foreign Minister of Finland, Timo Soini and his delegation, which are on official visit to Kosovo.

Finland’s support to Kosovo for membership in international organizations and deepening of cooperation in the field of education, as well as support to Kosovo’s Euro-Atlantic and visa liberalization processes were some of the topics discussed at the meeting.

During the meeting, the ministers assessed the friendly relations between the two countries and the two peoples, expressing willingness and mutual will for deepening and extending them further.

In this regard, Deputy Prime Minister and Minister of Foreign Affairs, Behgjet Pacolli, extended special thanks to his Finnish counterpart for the role and contribution of the Finnish state before, during and after the end of the war in Kosovo and in particular for the historic role of President Martti Ahtisaari in the final settlement of international status of Kosovo.

During the visit in our country, Finland’s Foreign Minister Timo Soini will meet also the President of the Republic of Kosovo, Hashim Thaci, Prime Minister Ramush Haradinaj, and Minister of European Integration, Dhurata Hoxha.

“Finland provided an exceptional contribution to the processes that Kosovo undergone, with a special view on its integration into international organizations and the integration process. I extended my gratitude to the Minister for further provision of support,” stated Hoxha, emphasizing the achievements and challenges of this process, highlighting the need of our citizens for visa liberalization.

On his part, Soini outlined that institutional engagements for SAA implementation, integration processes and visa liberalization are processes that Finland will support further. He also outlined the relevance of strengthening the judiciary and his independence, especially from political influences.

Hoxha emphasized that the integration process is a national priority and consensus and welcomes the support of friendly countries such as Finland to soon finalization of visa liberalization in order for Kosovo citizens to not be discriminated against in relation to the entire Western Balkans region.