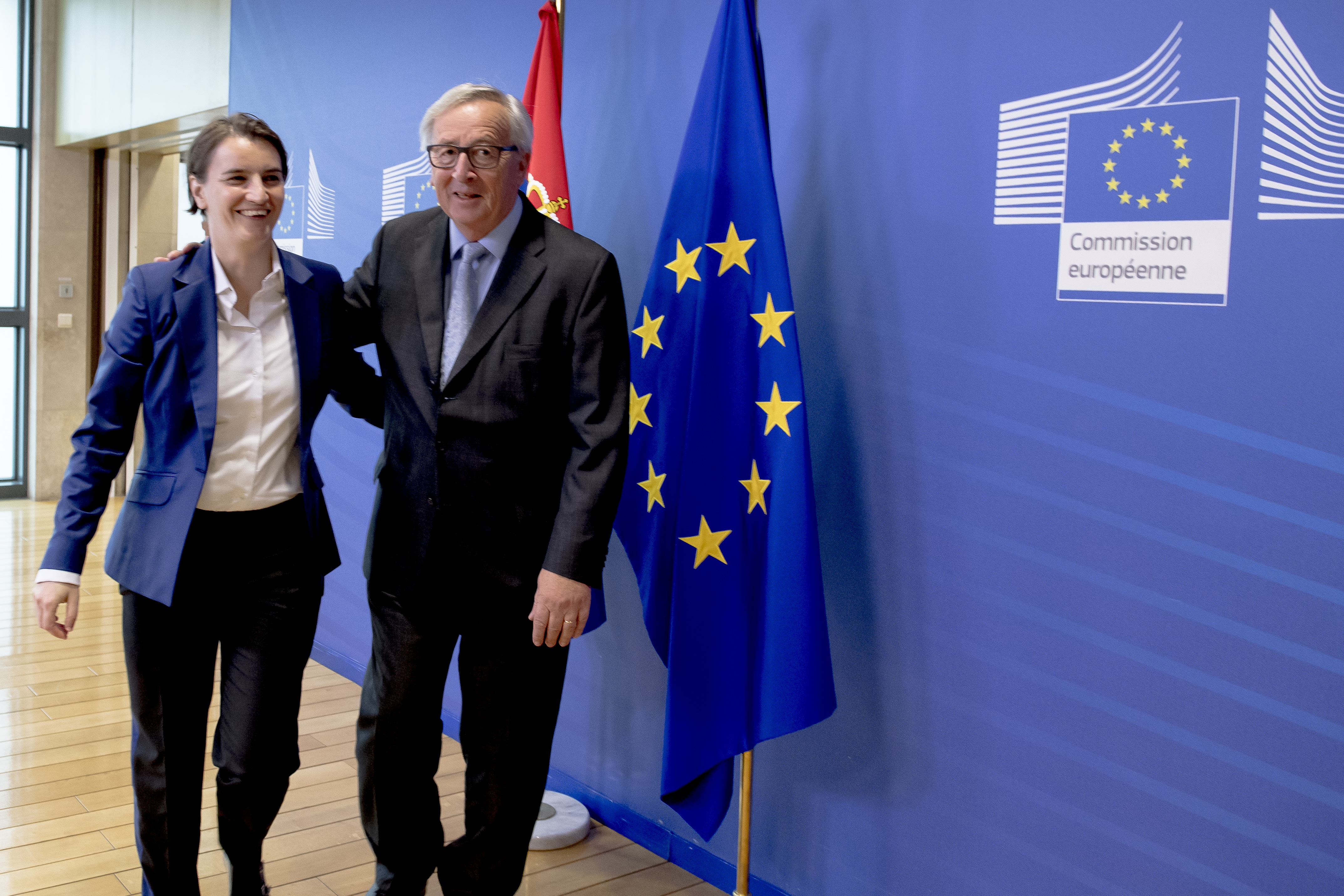 They noted the quality achieved for the benefit of Serbian citizens – not speed – was significant in the process, said a statement released by the Serbian government.

Juncker encouraged Serbia to continue to play a constructive role regarding stability in the Western Balkans and accepted an invitation to visit Serbia next spring.

The EU accession process is a strategic goal for Serbia, in the interest of the citizens, Brnabić said at the meeting, also attended by Serbian European Integration Minister Jadranka Joksimović.

Brnabić thanked the European Commission for its constructive cooperation in the negotiation process, the statement also said.

Dimitrov: Macedonia deserves to start the talks for a EU membership

Danielsson: Implementation of reforms related to the vetting progress of crucial importance

Bushati: Next year Albania to open the EU accession negations