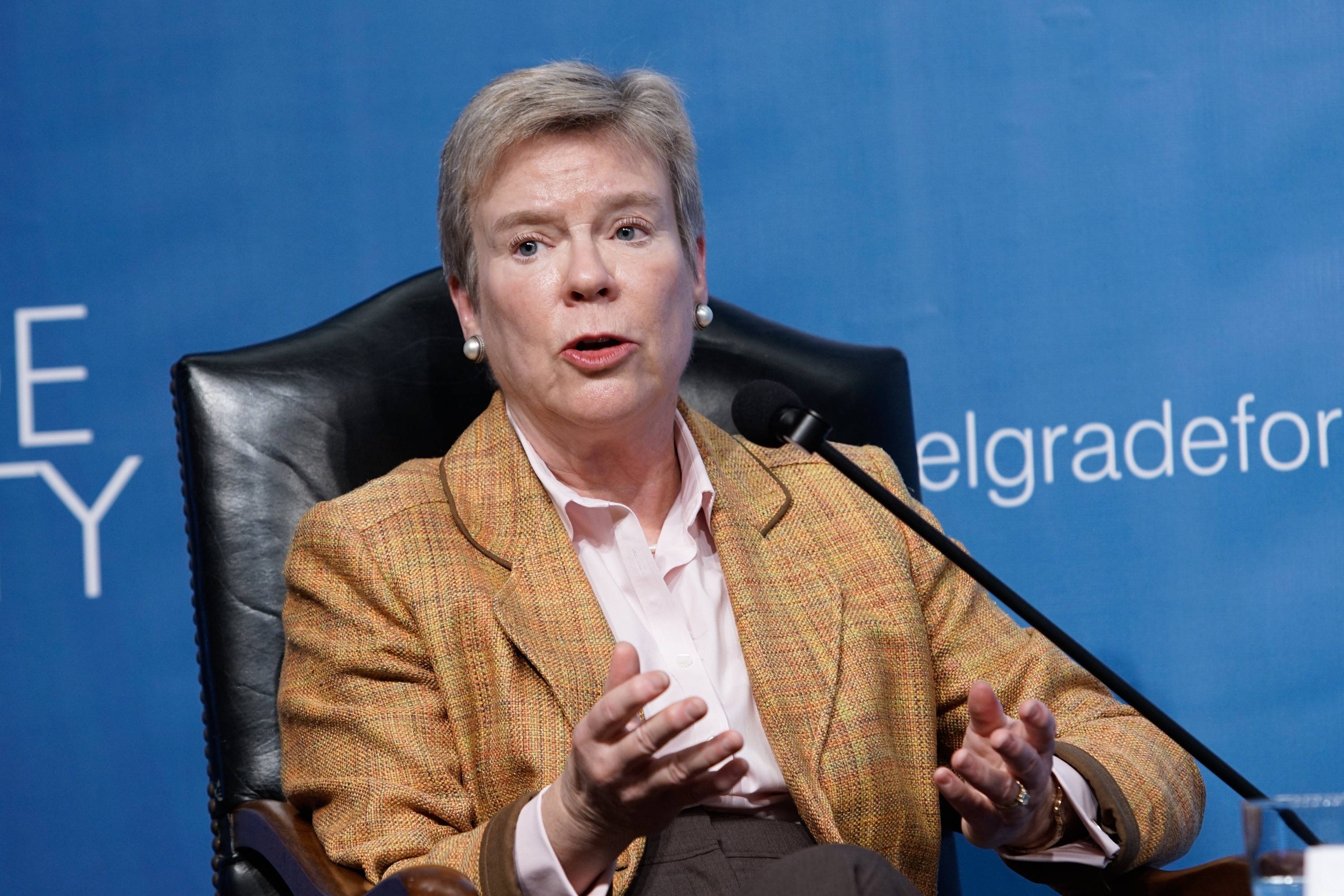 Interview with Rose Gottemoeller, Deputy Secretary General of NATO, who was a speaker at the Belgrade Security Forum 2017, which took place on 11-13 October. Within the interview we discussed the Serbia-NATO cooperation and its visibilty, Serbian relations with Russia, as well as the NATO perspective of Macedonia and Bosnia and Herzegovina.

European Western Balkans: Two and a half years have passed since Serbia and NATO signed the IPAP (Individual Partnership Action Plan). How do you rate the cooperation between the two through this mechanism and what do you see as the next steps in NATO-Serbia cooperation?

Rose Gottemoeller: The cooperation has been excellent under the current IPAP, and this is a perfect time to think about what more we can do, because we are now on the course of developing a new IPAP for the coming year.

One of my main messages when I talked to senior figures of the government, but also the public here at the Forum, is that we should be ambitious and we should look for new ideas for cooperation that would also serve Serbia’s interests as well as, of course, be beneficial for our cooperation. I think there are some important areas we should be looking at, one potential is in the area of cybersecurity and cyber defense, but that is just an idea.

EWB: Talking about Serbia, there is an impression that the Serbian government is “sitting on two chairs”, cooperating with NATO and the EU on one side and Russia on the other, including in military matters. You stated in your previous interview for our portal that it is up to the countries themselves to decide on their security choices, but how do you see this Serbia-Russia military cooperation in the light of the deterioration of NATO-Russia relations, like during the recent military exercise in Belarus? Do you think that this cooperation between Serbia and Russia could be an obstacle for the integration of Serbia into the Western security structures?

But at the same time, from a NATO perspective, we are concerned about interoperability. For us, it is important, for example, if we are working on a peacekeeping operation with our partners, we want to be able to talk to each other on a radio. So, that is what I mean, some very simple technologies may be involved, but we do want our partners to think about interoperability with NATO and with NATO allies.

Big decisions that your country makes about weapons’ purchases is entirely up to you, but let us think together about how we can also make progress on interoperability, and I know this is an area under our current action plan, where we had made some progress, done some important projects, some important training, so again, I think we can do both. We have this expression in American English that we can “walk and chew gum at the same time”.

EWB: Serbia has stronger cooperation with NATO and NATO countries than it does with Russia, but the one with Russia gets much more media attention and, when you look at most of the Serbian media, the Russians are perceived as allies and friends and NATO is still perceived as an enemy. Therefore, this kind of cooperation is not really visible and many high ranking Serbian officials are adding fuel to the fire by making strong anti-NATO statements. Do you think that the Serbian government should do more to publicize the level of cooperation with NATO? Is it an issue for you?

RG: Of course, we hope that if the Serbian government is finding value in this cooperation, then we hope that they will be willing to speak with the Serbian public about it. Certainly, I have been trying to convey that message that we see what we are doing together as being a matter of mutual interest, that it is benefiting Serbian security, and it is also benefiting NATO.

Because, when Serbia wants to step forward and volunteer its experts or its resources, it creates an input in this military-medical project that we are just launching into now, where Serbia has volunteered to train Iraqi military medical technicians and doctors here in Serbia.

For us, this is a great step because Serbia is helping to create a kind of knowledge and capacity in Iraq, for it is really needed in the conflict areas. We hope you are getting some good experience out of it and, from our perspective, we are really benefiting from Serbia being ready to help out in this situation.

EWB: How do you see the results of your current visit to Serbia and the meetings you had with the high ranking officials? Did this topic of visibility of Serbia-NATO cooperation ever come to the fore, was it an issue of discussion?

RG: I always like to take the polls of the people I am talking to on a high level, and try to understand what issues and concerns are for them, so I do like to have pretty frank and direct conversations and see what people think.

EWB: Montenegro recently joined NATO, making it the first country in eight years to join the Alliance, and there are also speculations that Macedonia might join next year as well if they resolve the name issue with Greece. The topic of NATO integration rose also again in Bosnia and Hercegovina. What do you see as a reason for this rapid enlargement in the Western Balkans? Many see Russia and the changing security environment as a reason for this.

RG: These countries have been on the list of aspirants to join NATO for a long time, for almost ten years now. It was in Bucharest in Summer 2008 when their names first came up and the conditions were first established to resolve the name issue with regard to FYROM.

So yes, Skopje needs to work with Athens to try to resolve the name issue, but also we have been very clear on this – they must work hard on reforms on improving their national governance, reforming the judiciary, reforming the defense institutions, so they have a lot of work to do. But I do think that this would be a moment where Athens and Skopje can get together and do some good work. There seem to be some positive vibes.

In terms of Bosnia and Herzegovina, there are conditions there as well, some of which have to do with the reform process and the reform of the governing systems there, ensuring that all the different parts can work together as a whole, that is important. But they also have a requirement to register their defense properties. Another very important thing is that all of the stakeholders have to be brought to the table and have to sit down together and talk.

I do not want to say either country has an easy way ahead, but I do want to say that they are still on the list of the aspirants to join NATO if that is their national wish and, at the end of the day, it is the people in both Bosnia and FYROM who are going to have to really express that desire and say –  OK, we are ready to do this hard work.