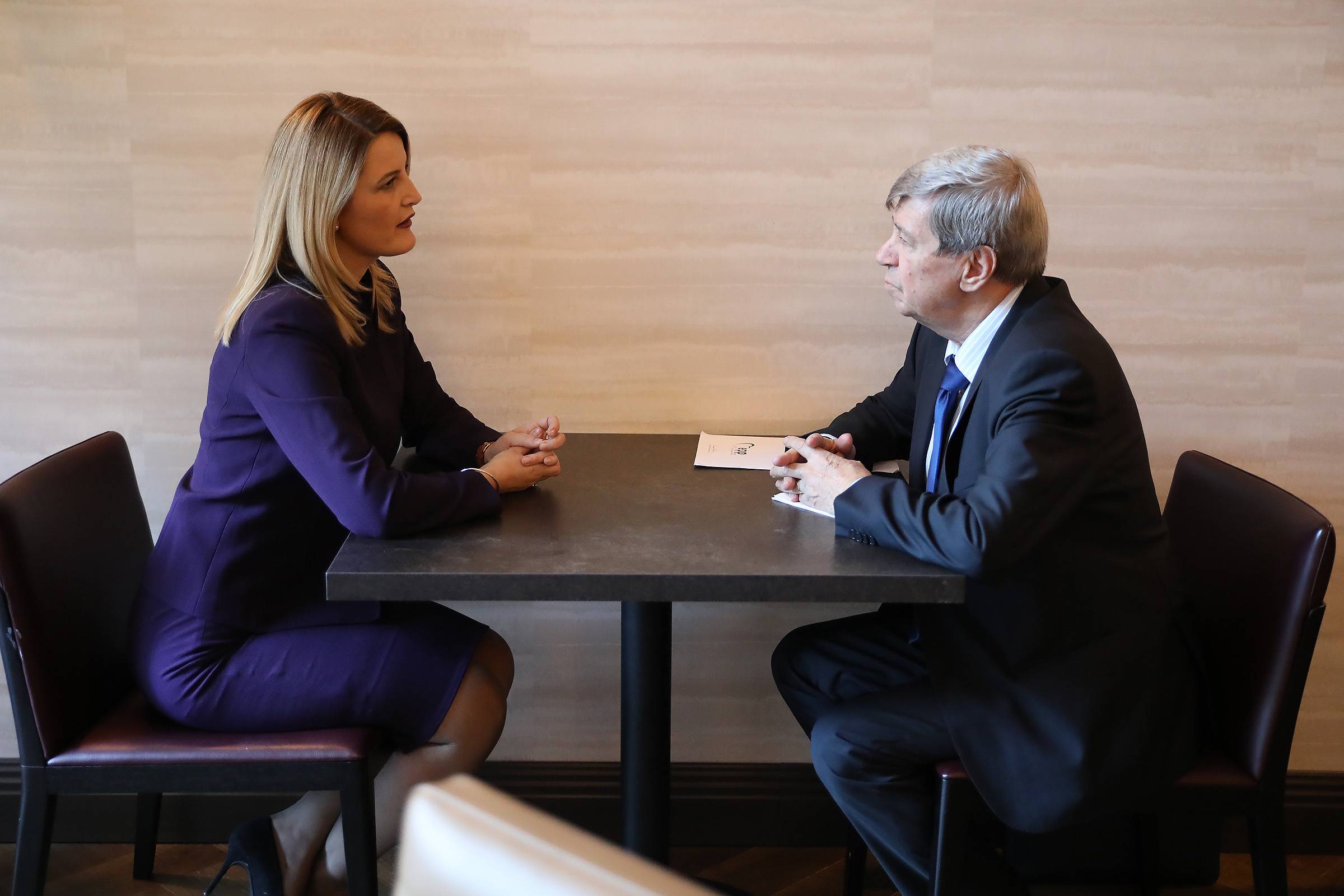 PODGORICA – During the conference dedicated to the 10th anniversary of the signing of the SAA between Montenegro and the European Union, the Kosovo Minister of European Integration, Dhurata Hoxha, met with the Member of the European Parliament, Eduard Kukan.

Hoxha thanked Kukan for his strong commitment to the Western Balkans integration process.

Kukan emphasized that he commends Kosovo’s work and commitment in the integration process, as well as the country’s achievements, values and goals, reiterating that Kosovo’s future is in Europe.

He also noted that the agreements reached in Brussels are Kosovo’s achievements and the implementation of the SAA is strongly supported by the European Parliament. Both agreed that the integration process should be more dynamic.

Western Balkan leaders to meet with Mogherini on 19 December