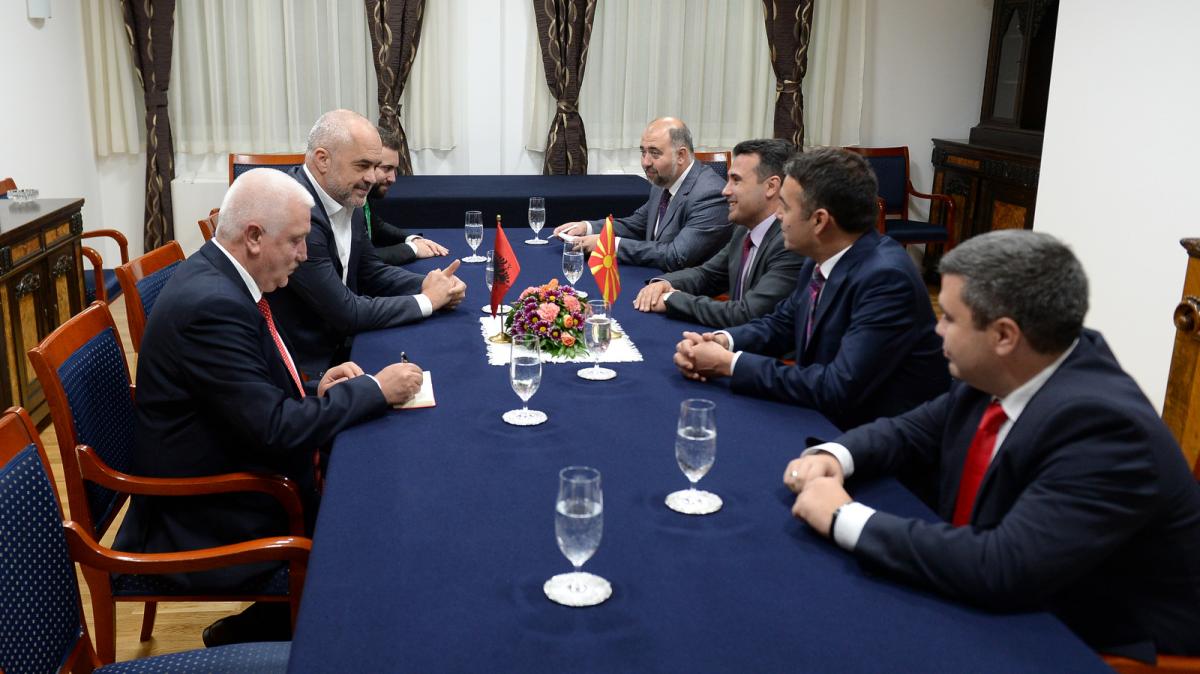 Both prime ministers expressed their commitment to further intensify economic cooperation between the two countries and creation of conditions for the Euro-Atlantic integration of the entire region.

According to the press office of the Macedonian government, PM Rama congratulated Zaev for Macedonia’s staging local and democratic elections.

“The results and elections help the democratic agenda and support policies of reform which open perspective and ensure a quality life for all the citizens of Macedonia”, said Zaev.

Zaev and Rama shared the view that the political relations between the two countries are good and without any open issues and this is a good basis for economic cooperation and creation of conditions for the Euro-Atlantic integration in the entire region.

“The government of Macedonia will continue to promote relations of good neighbourliness through a friendly spirit with which it will contribute further to regional development while aiming to pave the way to NATO and EU perspective as strategic goals of the state”, stated Zaev.

Both prime ministers also discussed the opportunities for promoting economic and trade cooperation between Macedonia and Albania.

Meanwhile, four prime ministers of the region are attending in Skopje summit 100 under topic “Can the region compete at the global playfield?” Rama, Zaev, Chairman of the Council of Ministers of Bosnia and Herzegovina Denis Zvizdić and PM of Montenegro Duško Marković will discuss energy, knowledge economy, branding, digitalization and the strategy on the connection of the region with joint initiatives in the field of tourism.

Bushati: Next year Albania to open the EU accession negations

CSF recommendations as part of the Western Balkans Summit Declaration