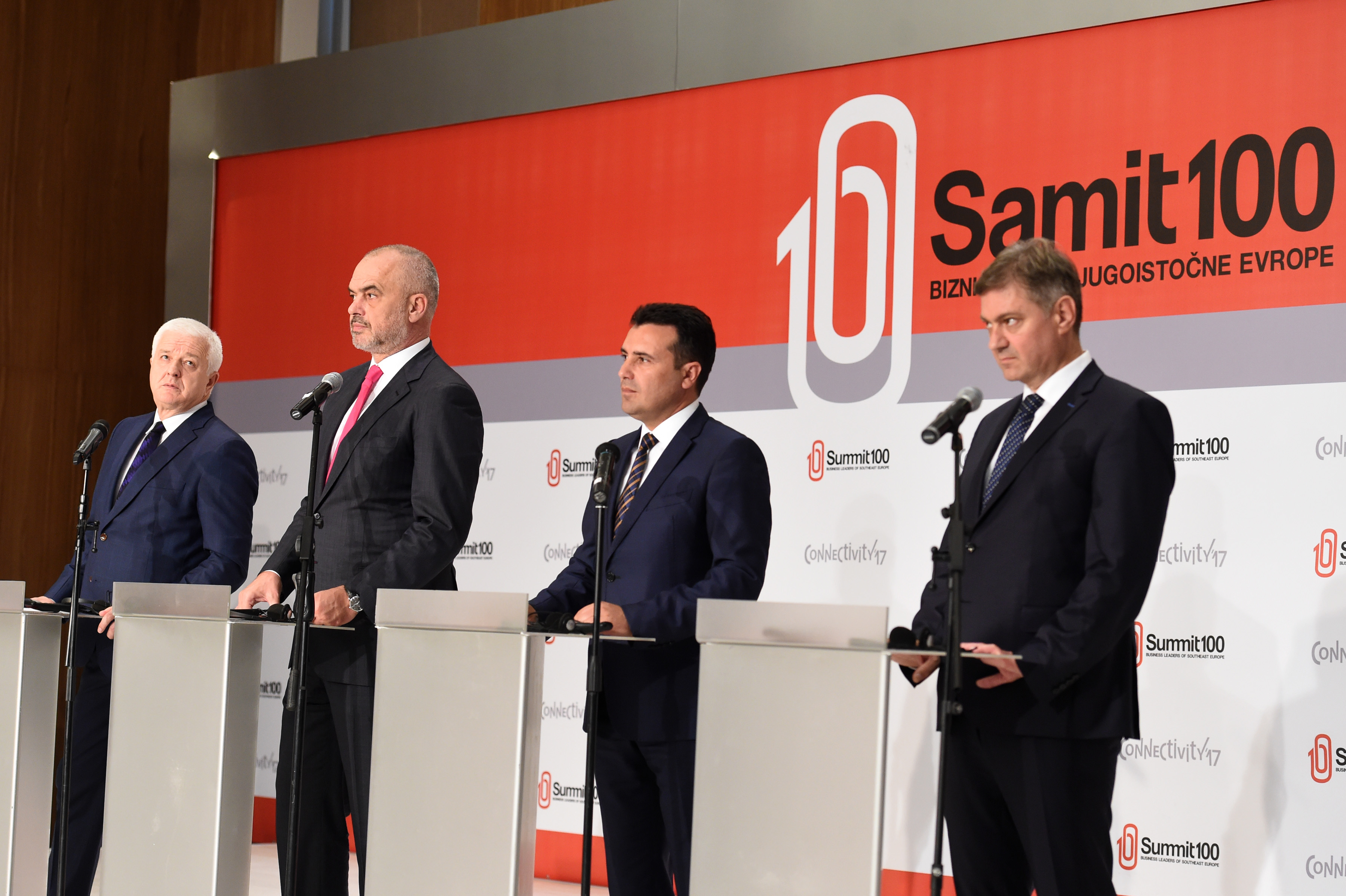 SKOPJE – The Western Balkans will no longer be a powder keg of Europe, economic cooperation among the Western Balkans Six must remain high on the list of priorities for all governments in the region, there is clear will of Western Balkan states to work together, were just some of the key messages from the Summit 100, the regional gathering of business leaders from Southeastern Europe, which took place on 16-17 October in Skopje.

Zaev: Balkans must no longer be powder keg

The Balkans must no longer be a powder keg like it was in the past, Macedonian PM Zoran Zaev said.

All Western Balkan nations must be drivers of growth and we need to be on par with EU member states, Zaev told a press conference.

PMs from the region have come to express support and gratitude to the region’s business community, Zaev said, noting that all countries in the region were working on incentives for the private sector.

This year’s summit was attended by representatives of over 150 companies from the region, which were urged to invest more and create new jobs, as well as contribute to GDP growth, he said.

To get closer to the EU, the region must have growth of a minimum of five percent, Zaev said.

This is the core of the problem faced by Western Balkan businesses and economic cooperation among the Western Balkans Six must remain high on the list of priorities for all governments in the region, Zvizdić said.

The goal is to create an environment that will enable faster flow of goods, people and capital and economic cooperation unobstructed by invisible customs barriers, he said.

The more quality regional projects we have and the more we recognise the complementary nature of our economies, the more successful we will be, he said

Rama: There is clear will for regional cooperation

Unlike in the past, when cooperation was impossible, today there is clear will in Western Balkan states to work together, Albanian PM Edi Rama said.

No European or American is to blame – we can keep blaming each other, or try to work together, he said.

We will soon meet once again in Montenegro and that shows our clear will not to blame each other, but work together, Rama said.

We met again in Skopje because meetings have become natural and normal, he said.

Speaking about the Berlin Process, Rama said there was an approved action plan with 120 measures every country must take to change the way of communication in the region in terms of flow of goods and services.

For regional economic cooperation to gain more substance and quality, we must work on connecting the infrastructure – we live next to each other, but are unable to reach each other, Marković said.

The Berlin Process is a good opportunity for forging infrastructure ties, he said.

I am particularly honoured to be addressing people who create new value, Marković said, noting that the Montenegrin government was committed to policies encouraging creation of new value and improvement of the standard of living.