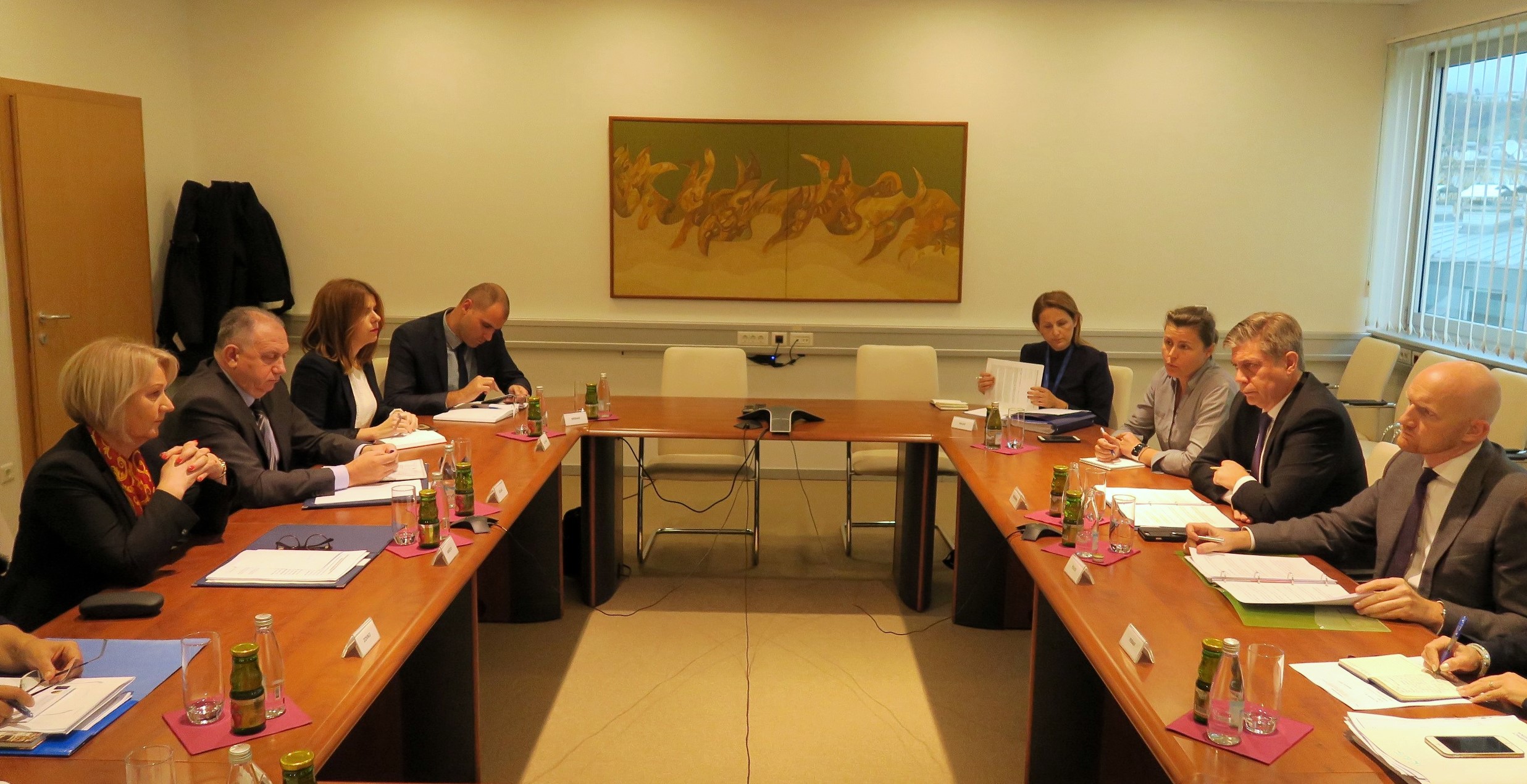 Lars-Gunnar Wigemark with BiH parliamentarians; Photo: Delegation of the EU in Bosnia and Herzegovina

They discussed a number of issues concerning reforms, including the public broadcasting system (PBS), regaining momentum on the EU path, and improving the rule of law.

On the 2018 General Elections, Wigemark emphasised the responsibility of all BiH institutions and elected officials to ensure elections take place smoothly and institutions are formed in a timely manner. He called upon all political actors in BiH to commit to discussing potential amendments to the Election Law in a spirit of dialogue and consensus.

Wigemark underscored that any proposal must respect court decisions and the rule of law, and move the country closer to EU standards.

Furthermore improvements in the conduct of elections, as set out in ODIHR recommendations, are also necessary to ensure transparency and confidence in the electoral process.

He also highlighted the need for BiH to finalize PBS reform, including securing the funding of the public broadcasters.

The European Union will continue to support constructive efforts to address differences and make progress on the EU path.