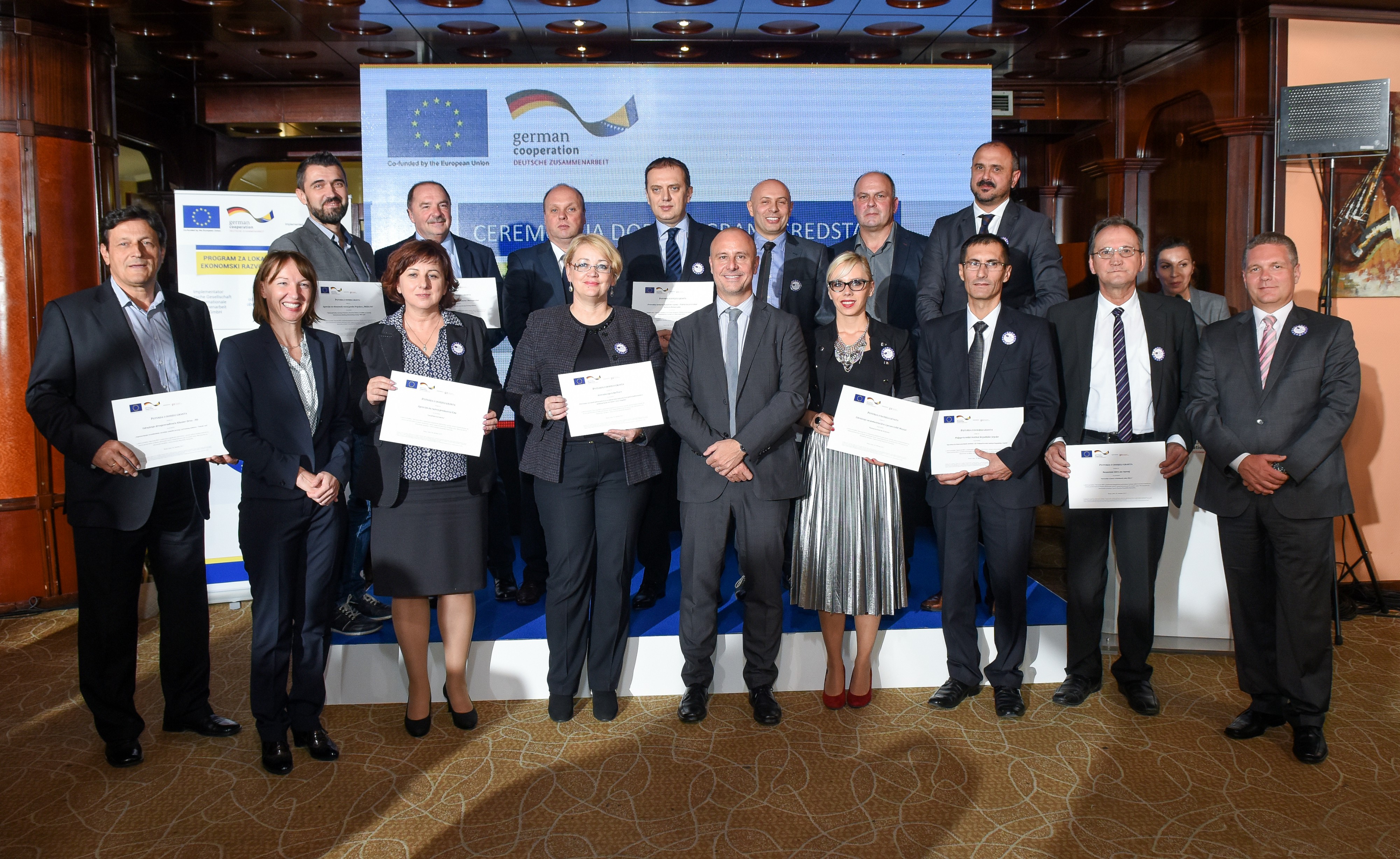 EU and the German Government awarded €1 million in grants to development projects in BiH; Photo: Delegation of the EU in BiH

BANJA LUKA – Within the EU Prolocal programme, a ceremony to award EUR 1 million in grants for 13 development projects was held on Monday 18 October in Banja Luka. These grants represent the continuation of the support by the European Union and the Government of Germany that was initiated in May 2017 with the allocation of EUR 3 million for 83 small and medium-sized companies in BiH.

Development projects are result of partnerships at the local level, focusing on wood and metal processing, agribusiness and tourism.

“Through support to local communities, the living conditions of citizens are improving, and that is the way in which the EU and the Government of Germany want to further contribute to bringing the country closer to the European Union”, said Khaldoun Sinno, Deputy Head of the EU Delegation to BiH in his address, adding that progress on this path also requires a consistent implementation of reforms from the authorities at all levels.

The projects will contribute to the development of skills in the sector of wood and metallurgy; it would provide consulting and mentoring for entrepreneurs, as well as financial incentives for the realization of business ideas. Agribusiness is expected to increase sales and reduce export costs by accrediting laboratory methods and increasing yields by establishing pilot orchards and training. The funds will also be invested in the promotion of investment potentials and the expansion of tourist offer in Herzegovina.

This program enables the development of local comparative advantages according to the Deputy Minister of Foreign Trade and Economic Relations of BiH, Mate Franjcević.

Minister of Industry, Energy and Mining of RS, Petar Đokić, said that the program has already achieved good results, and underlined that  additional progress in local busines development can be expected in the next year as well.

According to the secretary of the Ministry of Development, Entrepreneurship and Crafts of the FBiH Jožo Bejic, the funds allocated represent a major contribution to the improvement of the environment for the business of small and medium-sized enterprises.

According to Slaviša Jelišić, Director of LIR Evolution whose  project INOVAR is one out of 13 projects supported by these grants, the purchase of a modern equipment for autogenous welding, will improve the teaching and contribute to the acquisition of knowledge and skills in the labor market.

EU ProLocal is one of the three components of the EUR 19 million EU-funded Local Development and Employment Program, which supports small and medium-sized enterprises, local eco-development, NGOs and social development in BiH.