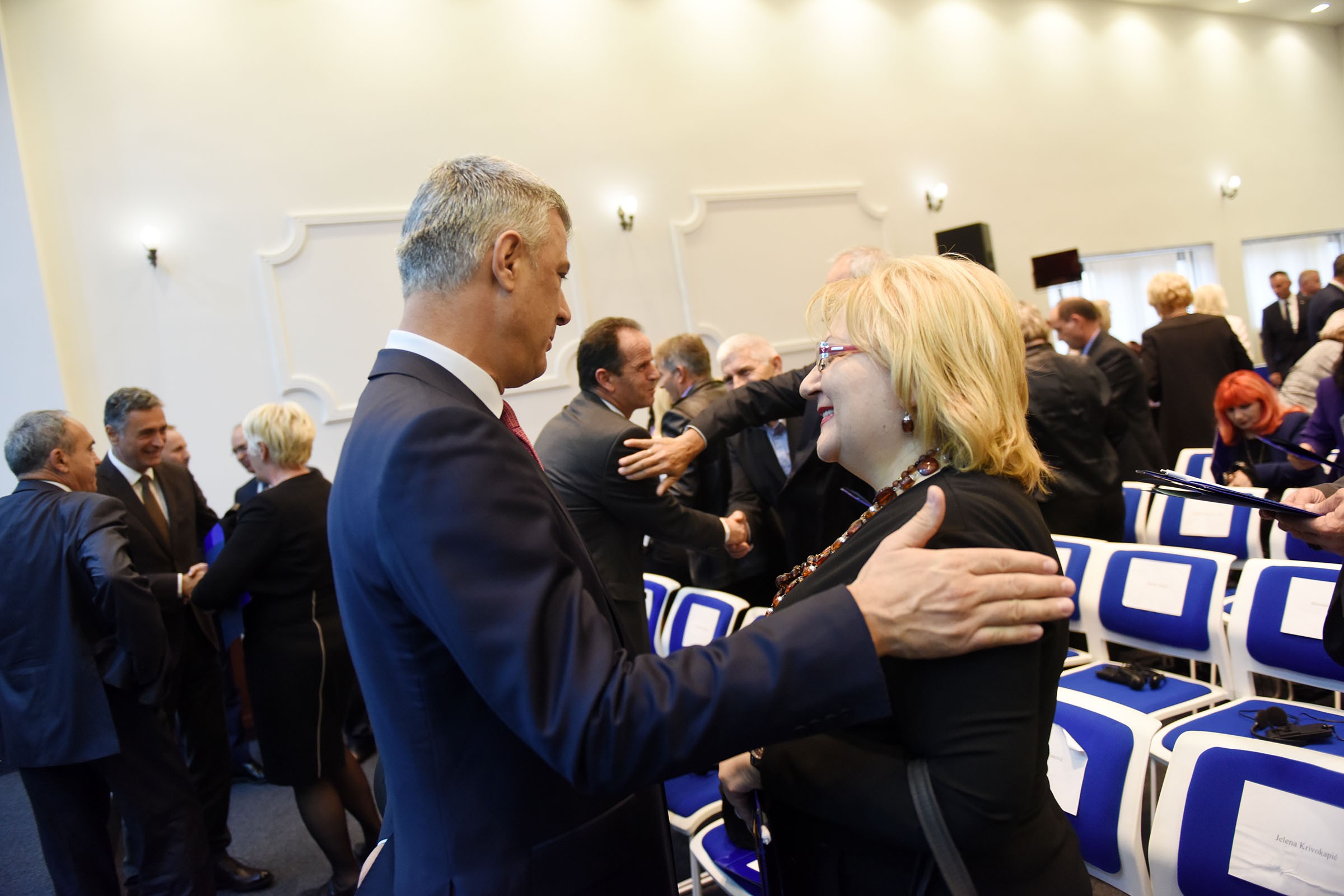 Prosecutors and judges swear the oath in front of President Thaçi; Photo: President of the Republic of Kosovo

PRISTINA / BRUSSELS – Today’s integration of judges, prosecutors and administrative staff into the Kosovo judiciary marks the implementation of the justice agreement reached in February 2015 under the EU-facilitated Dialogue, reads the statement by the EU Spokesperson Maja Kocijančič on the implementation of the justice agreement in the context of the EU-facilitated Dialogue.

An oath-taking ceremony for 42 Kosovo Serb judges and 14 prosecutors took place today after they failed to turn up at the office of Kosovo President Hashim Thaçi a week ago.

“An integrated judiciary representative of all communities in Kosovo is a critical feature to ensure that justice is delivered, on behalf of the whole population,” explains Maja Kocijančič.

An integrated judiciary will allow for a uniform implementation of Kosovo law in all Kosovo Basic Courts and by all Kosovo Prosecutors’ Offices, she added.

Kocijančič also said that a representative judiciary and a uniform implementation of Kosovo law will further rule of law as a key public service and a critical incentive for economic growth and investments.

McAllister: EU intends to remain the mediator in Belgrade-Pristina dialogue