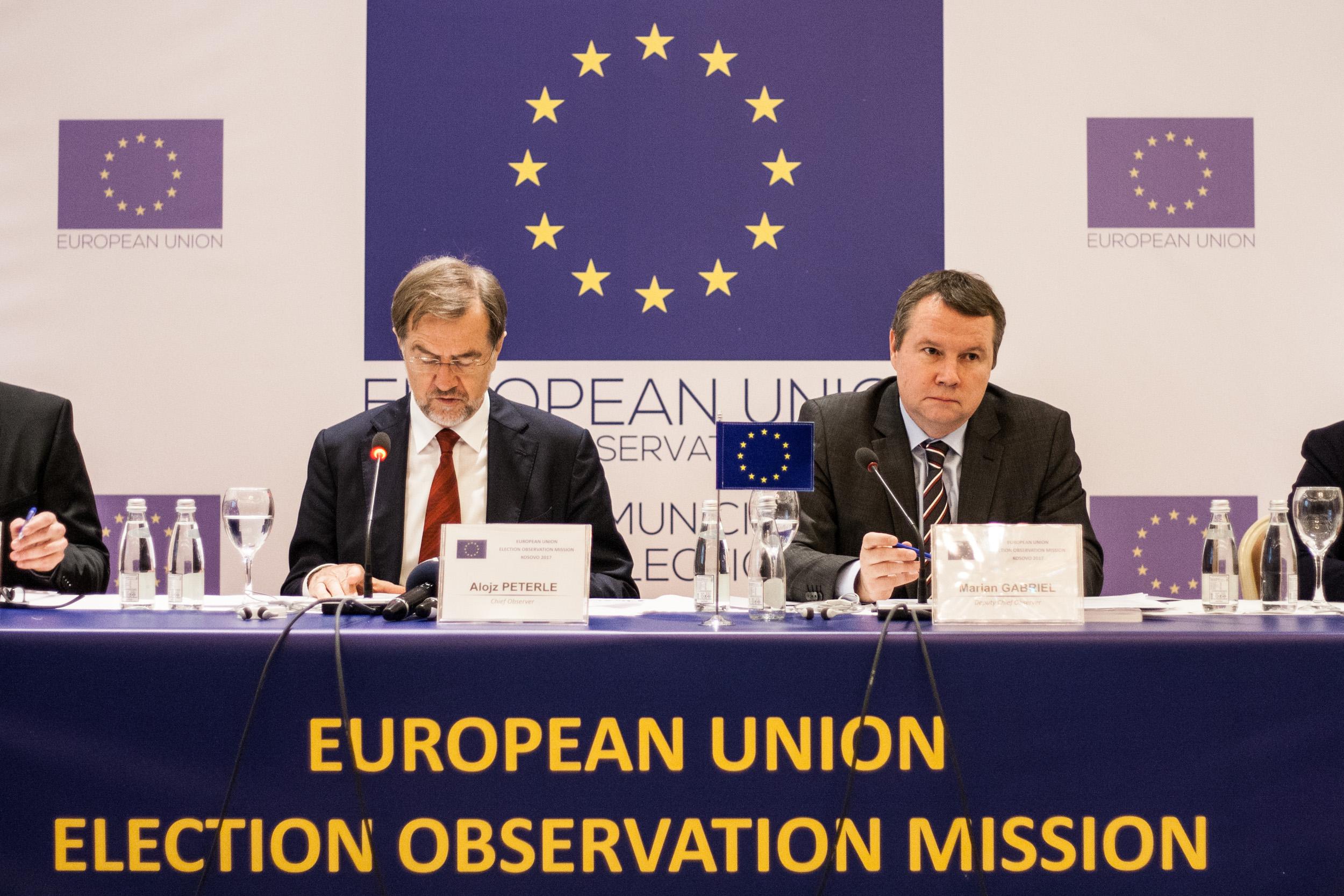 The EU EOM assessed that “within many Kosovo Serb communities the campaign environment was marred by intimidation targeting in particular non-Srpska Lista political entities and their candidates. This included pressure on individual candidates to withdraw and restricted political competition.”

Peterle said “this raises questions about key principles of the overall democratic process in those areas. Some international and European standards were not met.”

Election day was calm, without major incidents recorded by the EU EOM observers, who visited 466 polling stations in all 38 municipalities. Polling was overall assessed positively.

Observers noted, nevertheless, many instances of family voting, some voters being turned away, mostly for not being on the voter list, and of assisted voting. The performance of the polling staff deteriorated during the counting phase.

“The CEC has made improvements in the field of voter education, training of polling committee members and simplifying the results forms”, Peterle said.

“However, the elections were negatively impacted by long-standing weaknesses, in particular those related to insufficient corrections and updates made to the voter register, the system of Out-of-Kosovo voting, to enhancing the transparency of campaign financing, effectively enforcing campaign finance requirements, and regulating sponsored programs on TV,“ he explained.

The EU EOM deployed more than 100 observers across Kosovo on election day from EU Member States as well as Norway and Switzerland. The EU EOM will remain in Kosovo to follow the process at the Counting and Results Center and their resolution of any complaints and appeals, as well as second round of mayoral elections, until the certification of final results.