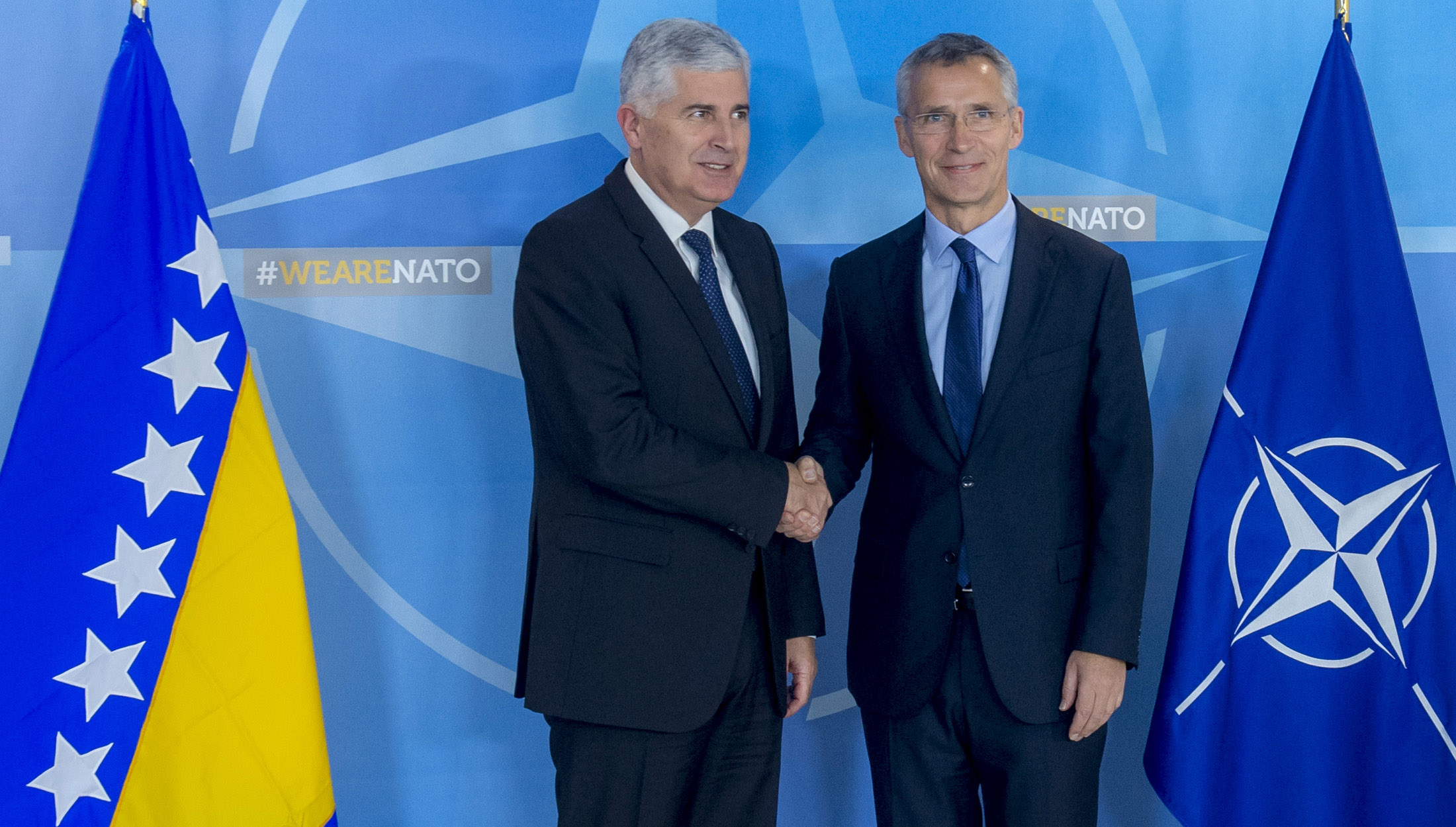 Stoltenberg thanked Bosnia and Herzegovina for its commitment to international security, including its contributions to NATO’s Resolute Support Mission in Afghanistan.

Stoltenberg and Čović discussed Bosnia and Herzegovina’s Euro-Atlantic aspirations and its domestic reforms, including registering defence properties to the state.

“The focus should be on implementation, to make this review a reality. I count on Bosnia and Herzegovina to redouble its efforts in this area,” Stoltenberg said.

The Secretary General said he looked forward to working with Čović to further strengthen co-operation between the Alliance and Bosnia and Herzegovina.

Mogherini meets with the Chairman of BiH Presidency Čović