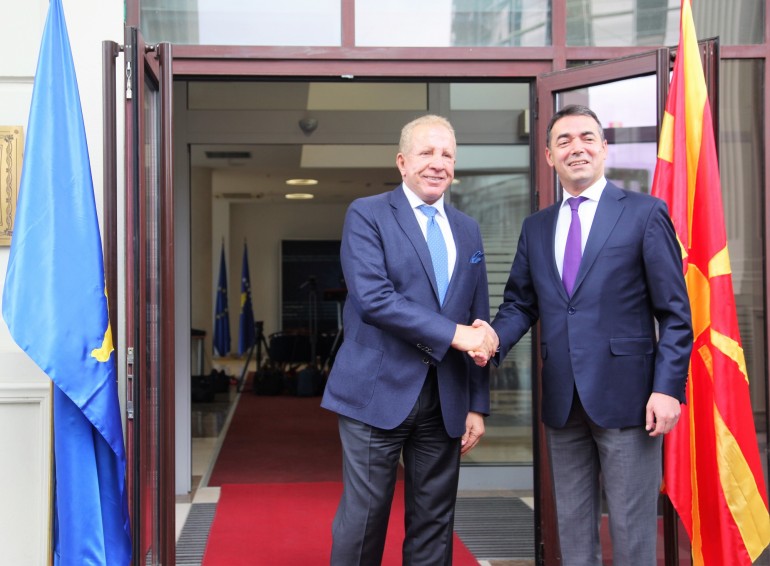 SKOPJE – Macedonia will make a decision over Kosovo’s bid to join UNESCO, taking into consideration everyone’s interest, it was stated by Foreign Minister Nikola Dimitrov, speaking at a joint news conference Wednesday in Skopje, with his Kosovo counterpart Behgjet Pacolli.

According to him, all the countries in the Balkans should as soon as possible accept the persoective of having no sides, even when the most delicate matters are in question, because ‘one day we will be on the same side.’

Pacolli said that Macedonia’s membership into international organisations would also improve the quality of life of the citizens in Kosovo, noting that the process applied ‘the other way round.’

Furthermore, the two ministers at a meeting in Skopje agreed to hold joint government sessions with the first one scheduled to take place in early 2018.