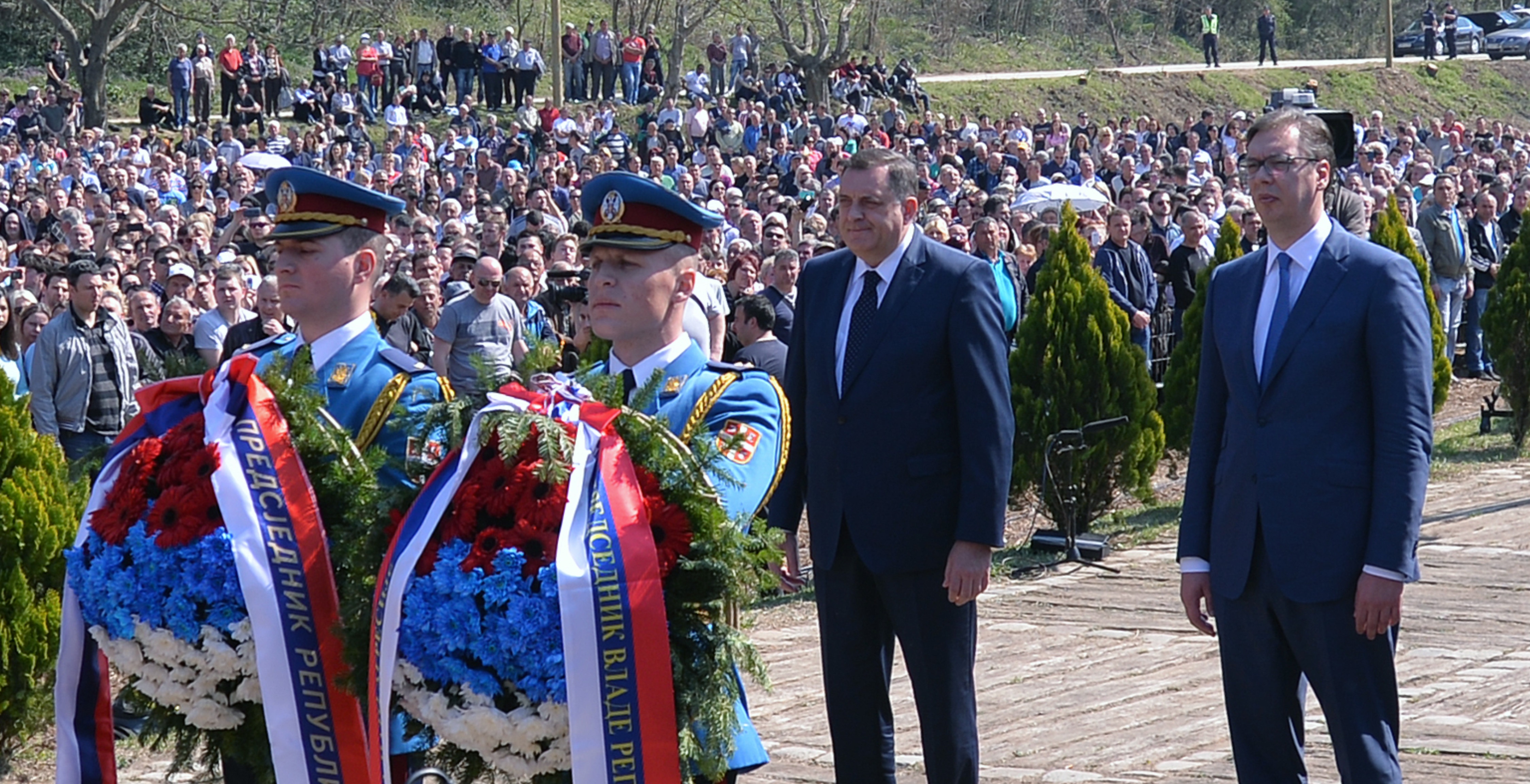 Last week, in a tense session marked by loud protests, the National Assembly of Republika Srpska (RS) adopted the Resolution on Protecting the Constitutional Order and Proclamation of Military Neutrality of Republika Srpska, proposed by the Alliance of Independent Social Democrats (SNSD), the coalition around the Serb Democratic Party (SDS), and the Socialist Party (SP). After moving to a separate chamber, 44 MPs of the governing coalition (out of a total of 83 Members of Parliament) discussed and voted in the resolution, together with other items on the agenda.

The resolution has nine articles. It reiterates its commitment to the territorial integrity of Bosnia and Herzegovina, the unity and indelibility of Republika Srpska, as well the need to discuss all further changes to the resolution with all state bodies in Republika Srpska. It also obliges all representatives of the entity to respect the resolution in their interactions with federal institutions in Bosnia and Herzegovina. Importantly, Articles 1 and 5 reiterate than Serbia is a guarantor state of the Dayton Peace Agreement and that future decisions regarding military neutrality must be made in coordination with Serbia, as well as that decisions on that matter must be approved by referendum.

The recent action by RS authorities is largely a reaction to NATO “encroachment” at the state level in Bosnia and Herzegovina. NATO launched its Membership Action Plan for Bosnia and Herzegovina in 2010 with several conditions attached, including the transfer of military objects to the state level. After a judicial ruling on transferring the Han Pijesak object that was approved by the Constitutional Court earlier this year, NATO membership for the country seems far more likely.

Politicians in the entity have previously shown strong opposition to NATO membership. Milorad Dodik, the RS President, has repeatedly voiced his commitment to Bosnian NATO membership being approved by a popular vote in RS. Public polling conducted in the entity as recently as 2015 shows that as much as two thirds of the population actively oppose NATO membership.

While opposition to membership in the alliance is related to the NATO role in the Bosnian War, as well as the 1999 bombing campaign in the Federal Republic of Yugoslavia, it is wrong to assume that membership is contested for purely historical reasons. While the Dayton Agreement was very successful in ending the Bosnian conflict, many notable public figures in the West have called for its update, rearrangement, and centralisation, especially considering the grossly dysfunctional politics in Bosnia and Herzegovina. This transfer of more power to the state level would inevitably decrease the political capital of the Serb (as well as Croatian) minority, putting many RS politicians effectively in survival mode.

Finally, the resolution should be considered through the lens of local politics. Mladen Ivanić, the Serb member of the Presidency of Bosnia and Herzegovina and a member of Party of Democratic Progress, the largest opposition party in RS, was elected in 2014 over a SNSD candidate on very narrow vote. Ivanić has mostly been collaborative with state authorities during his term in the Presidency, including on NATO issues. Blocking further cooperation with NATO would be a move to weaken his power and influence in the entity – a view indirectly confirmed by Dodik himself when he stated than Ivanić never discusses military neutrality in Sarajevo and that he facilitates the Membership Action Plan.

When considered overall, the resolution on military neutrality of RS primarily serves the self-interest of local politicians more than anything, in at least three ways. It reiterates and raises public awareness and opposition to NATO membership, it serves to undermine members of the Serbian political establishment in the country more inclined towards state-level politics; and it serves to underline ties with Serbia, a country itself strongly opposed to NATO membership. It also serves to strengthen Dodik and RS’ position while avoiding the international pressure that followed previous referendum attempts in the entity. At this point, it is clear that further steps towards Bosnian NATO membership will unlikely succeed without coopting or cooperating with political elites in Republika Srpska.

EWB SCREENING / Igor Novaković: Serbia will have to decide where it belongs