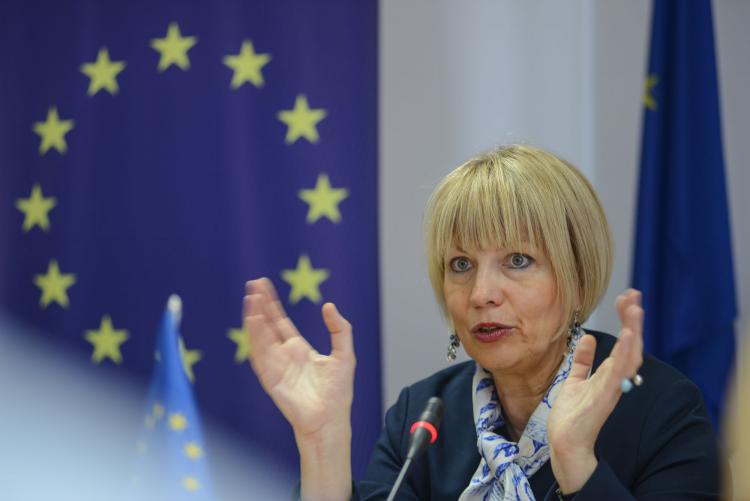 BRUSSELS – Kosovo is Europe and Kosovo’s future is with the European Union, said Helga Schmid, Secretary General of the European External Action Service, after the meeting with Kosovo Prime Minister Ramush Haradinaj in Pristina.

She reminded that the High Representative Federica Mogherini has been clear in her ambition to see Kosovo and the entire Western Balkans region take irreversible steps on the EU path by the end of her mandate and recent announcement of the President of the European Commission Jean-Claude Juncker in his State of the Union speech when he confirmed the EU’s unequivocal support for the enlargement perspective of the Western Balkans.

“Hence the utmost priority must be given to the necessary reforms, in particular rule of law, justice, and fundamental rights. In this context the EU will strengthen its engagement with all partners in the region,” she said.

Schmid added that her message to all Kosovo leaders would be to use the momentum, think strategically and seize the opportunity to make important advances to get closer to the EU as soon as possible.

“As the biggest investor, trade partner and donor in Kosovo, the EU plans to support these efforts with almost 100 million euro a year. The support will be for more jobs, better infrastructure, reformed education, stronger rule of law in Kosovo – this is also what people demand and expect,” she said adding that the EU also has in Kosovo its biggest civilian Common Security and Defence Policy (CSDP) Mission EULEX Kosovo that demonstrates our commitment to assist Kosovo in its security sector and rule of law.

“Implementation of the Stabilisation and Association Agreement (SAA) and its tool, the European Reform Agenda, are crucial here,” she pointed out.

“This is the key issue now. The fight against corruption and organised crime also needs to continue. By showing that you are able to offer solutions, nurture good neighbourly relations and be a credible partner, you will open the doors for investment and help the Kosovo economy develop,” she said.

Schmid said that the Belgrade-Pristina dialogue is key for Kosovo’s and Serbia’s advancement on the European path.

“It brings concrete benefits to people and contributes to security and stability in Kosovo and the region as a whole,” stated Secretary General of the European External Action Service.

Pacolli with Çavuşoğlu: Serbia to not block the Interconnection Line between Albania and Kosovo