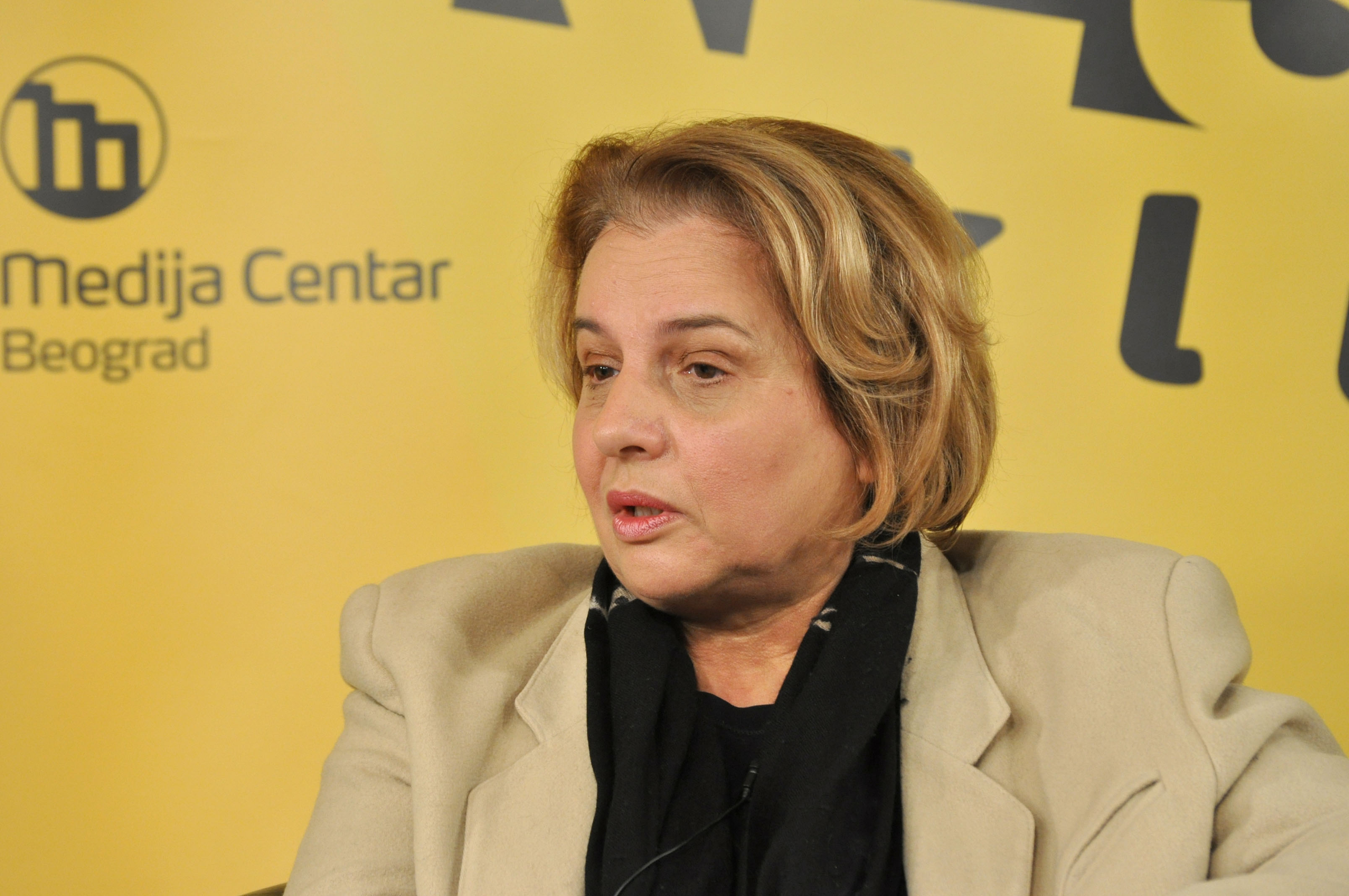 Interview with Radmila Nakarada, professor at the Faculty of Political Science at the University of Belgrade. The interview was conducted during the Petrovac Discourses international conference, where Nakarada was one of the participants.

European Western Balkans: Problems faced by some of the countries in the region often turn into a bilateral conflict, mutual accusations, and a recollection of deeply rooted animosities. The consequences of the migrant crisis on relations between Serbia and Croatia are an example of these. Do you consider that some of the many disagreements can grow into a wider conflict?

Radmila Nakarada: If someone from outside is highly motivated to re-start large-scale conflicts in this area, then they are plausible. It seems to me that for now, all external and internal actors are satisfied with some limited inflammatory actions, which are mainly used for intra-political purposes, but there is no such feeling that we are in the wake of some great future conflict.

I simply think it is not in Europe’s interest to allow such a kind of settling again. On several occasions when such intense campaigns of hostility took place, the public reacted even with some demonstrations stressing they would no longer wage war, so I think that the energy is exhausted to a great extent.

EWB: As the simplification of dealing with the past that is reflected in, as you have stated – easy rejection or captivity in it – could be very dangerous, what is the formula of relations towards the near past for which Serbia and the countries of the region should seek?

RN: It is an illusion that we can achieve some general consensus and a uniform interpretation of what happened to us and who is to blame for everything. So, I think we need to make several “islands”, one where we will lay those sequences around which we cannot yet understand each other, which are too difficult and part of some of our own self-regard and thus in conflict with the self-regard of others.

Then, the facts that may be subject to analysis of some joint projects, either by historians, or people who belong to some other academic backgrounds, could eventually end up in mutual tolerance for differences or even in an understanding that would lead to the truth.

We must live with an unbalanced attitude toward the past and appreciate that we cannot reach the preconditions for a harmonious and mutually acceptable version of the relationship to the past. But the problem is that the past is also instrumentalised politically and it mostly belongs to some corporeal of the legitimacy dimensions that serve the purpose of the political elites. Therefore, I think that a young generation, and especially those who are trying to engage in scientific research, can clear some space more quickly and honestly.

EWB: To what extent does inadequate confrontation with the past slow down the European path of the countries of the region?

RN: In fact, the task emerged relatively quickly. As soon as violent conflicts ended, the story of reconciliation and the necessity of dealing with the truth, of course, along with the whole Hague project that followed us, began.

I participated in a conference hosted by B92, as a member of the Commission for Truth and Reconciliation, along with Zoran Đinđić. He said one thing that I kept in mind, that it was perhaps premature to talk about the reconciliation back then, in the first years after 2000, and that there must have previously been some improvement in social standards and lives in order for people to have the strength to face the trauma.

Of course, this immediately relates to the experience of Germany, which, having faced much more terrible trauma and incomparably greater responsibility, opened those issues only when it became a respectable country both politically and economically.

So, how long will the journey go depends on the extent to what we forgive Europe – what it has not faced ad what is still left for it to do – but also requires some knowledge about ourselves, what we can do in this situation of crisis and poverty, without it being devastating to the social fabric.

I would urge the societies themselves to keep in mind that it is necessary not to live in trauma, but that the process cannot be accelerated and cannot be far-off if it is a matter of coercion, extortion, and pressure.

EWB: Some initiatives for establishing Truth and Reconciliation Commissions, in resemblance to those in South Africa, which emerged immediately after the end of the war, both in Serbia and in the region did not bear fruit. At the beginning of this year, Hashim Thaçi announced the formation of a commission that will be a mechanism for dialogue between the communities in Kosovo and the basis for future reconciliation. What is the main reason for the failure of previous commissions and do you believe that this and the future ones will be more successful?

RN: The Commission, which was formed by the decision of the then President Koštunica, came first to a political situation where the main political actors themselves did not have a single position on this commission, although, for example, the committee’s adviser was Alex Boraine, one of the members of the South African Commission, so the preparation for the setup of the commission lasted longer than expected.

Then again there was political change when the next president concluded that the commission was not needed, because there is a Hague Tribunal that is, in fact, in charge of these matters, as opposed to the Commission.

The Commission worked from the day it was founded until the day when it disappeared in the atmosphere where it was highly disputed by all possible sides. It found itself in such difficult circumstances, although it appealed for cooperation with several NGOs and led a dialogue with representatives of the Hague Tribunal, collected some documents and began to plan how to cope with the most traumatic events in each of the former Yugoslav republics.

There are, therefore, many reasons as to why the commission has failed and I think that the list of reasons why it will be very difficult for this planned commission to be more successful is equally wide, because there is no political consensus that is needed, nor are the goals clear enough and one of the key issues that is a backbone of these fundamental tensions in our country, the status of Kosovo, is not resolved and cannot be resolved by that commission. Therefore, I fear that its fate will not be much more joyful than the fate of previous commissions.

EWB: What are, in your opinion, potential security challenges and threats both for Serbia and the region in the near future?

RN: I believe we share these challenges with Europe and the world, and these are the challenges that range from organized crime to potential terrorism.

But I could put a greater emphasis on a drastic social stratification, enormous poverty, almost resulting in a disappearance of the middle class and is connected to the dissolution of the welfare state. I think there is a growing number of angry citizens who feel excluded, disabled, and humiliated. They can slip into apathy, those who are in a rather favourable position can leave the country, but the accumulation of such anger can have negative implications and return us to some kind of social spill-over that is not at all preferable for some positive developments and the ultimate construction of a stable peace.

EWB: Should the international community be more involved in building a prosperous region?

RN: In my opinion, the international community is heavily involved, but I’m not sure that its participation in our development strategy is always the best formula. I think that our specificity and our own view of national interests and formulas of development should much more come to the fore.

I am afraid that this neoliberal paradigm that has dominated the world and has penetrated very strongly in such a peripheral society, favoring one privileged minority that prospered in these crises, downgraded too many of our citizens at the same time.

So, I believe, if we could win a formula that is much closer to the social democratic one and a rehabilitation of the welfare state, we may find a better formula than the one already imposed.

[EWB Interview] Popescu Zamfir: EU should work with WB societies instead of governments