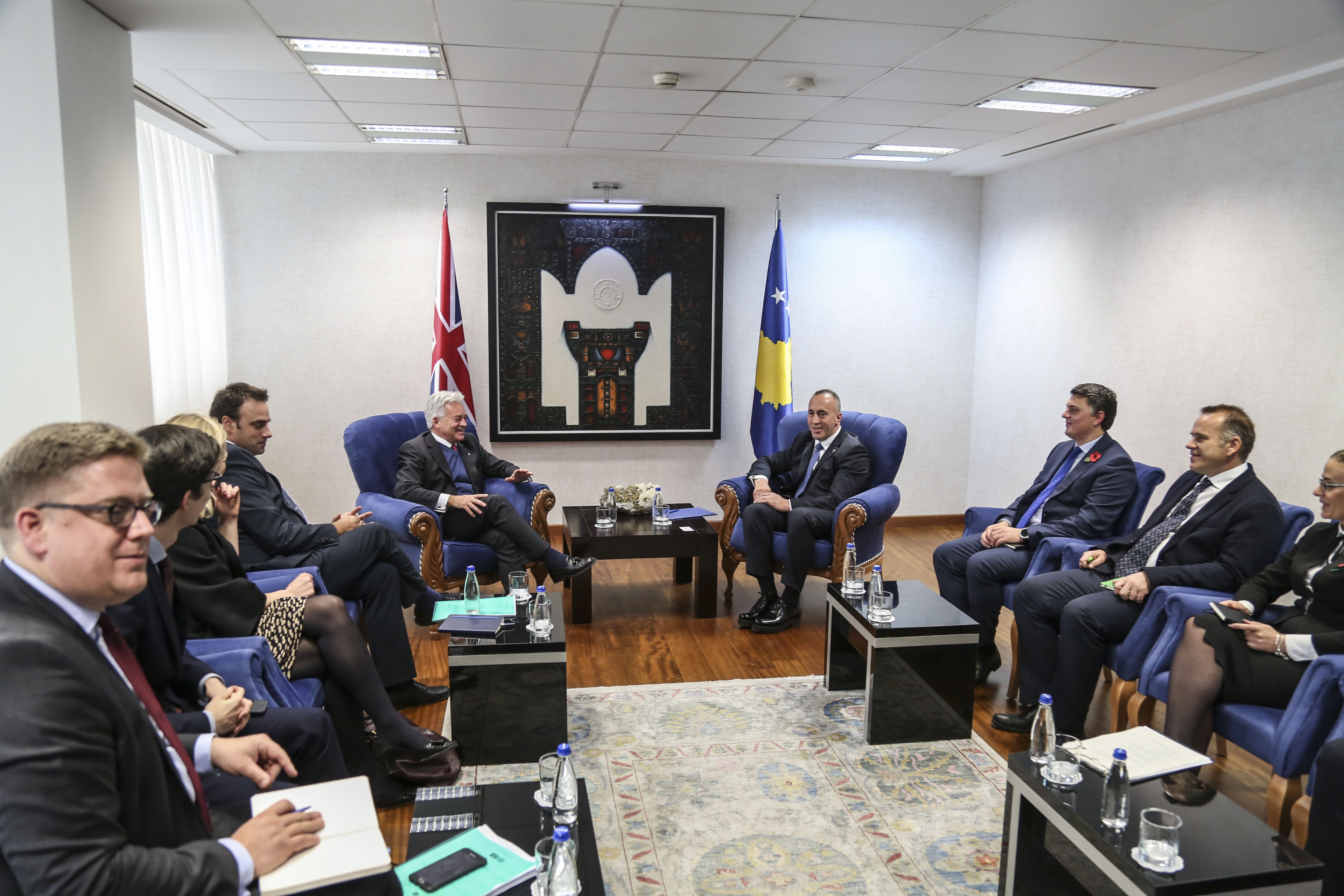 Duncan with Haradinaj; Photo: Office of the Prime Minister of Kosovo

PRISTINA – The Prime Minister of Kosovo, Ramush Haradinaj, hosted in a meeting the British Minister of State for Europe and the Americas within the Foreign and Commonwealth Office, Alan Duncan.

During the meeting, Prime Minister Haradinaj highly praised the support of Great Britain provided to Kosovo through all the stages of state-building and informed Minister Duncan with current developments in the country, the new governance dynamics, and the government’s commitment to strengthen the economic development.

After the meeting, in a media statement, Prime Minister Haradinaj said that Duncan’s visit is a rejuvenation of relations between Kosovo and United Kingdom, which dates back from the very difficult times of our people when the United Kingdom supported the people of Kosovo.

Prime Minister Haradinaj further stressed that they are in new dimensions of co-operation, by mentioning the London meeting that will be held in July next year.

“In this meeting was mentioned our goal, and this goal is for Kosovo to continuously progress in law and order, in the fight against organized crime and terrorism, to strengthen law enforcement institution, but also to identify joint projects, either regional projects or beyond in our Euro-Atlantic perspective”, said Prime Minister Haradinaj.

British Minister Alan Duncan, on his first visit to Kosovo, thanked the Prime Minister for the warm welcome, and pointed out that close friendship between the two countries is very special and he is happy that Britain has played a major role in the new history of Kosovo.

“One of the most important developments during next year is the Balkans Summit that will be held in July in London, and one of the main reasons for my visit is to discuss with you and other neighbours about the work we should focus on this Summit, and we hope that we will be able to host a very constructive and meaningful event”, said Duncan.

Although the Summit and Minister’s visit to Kosovo are held at the time when the United Kingdom is in the process of leaving the European Union, Duncan assured that even though they will leave the EU, they will not leave Europe or the world.

He said his state will also help Kosovo in fighting organized crime. “It is important that we work with all countries in the region to overcome this problem”, said the Minister.

Darmanović: I believe that Kosovo’s border dispute will not affect our relations