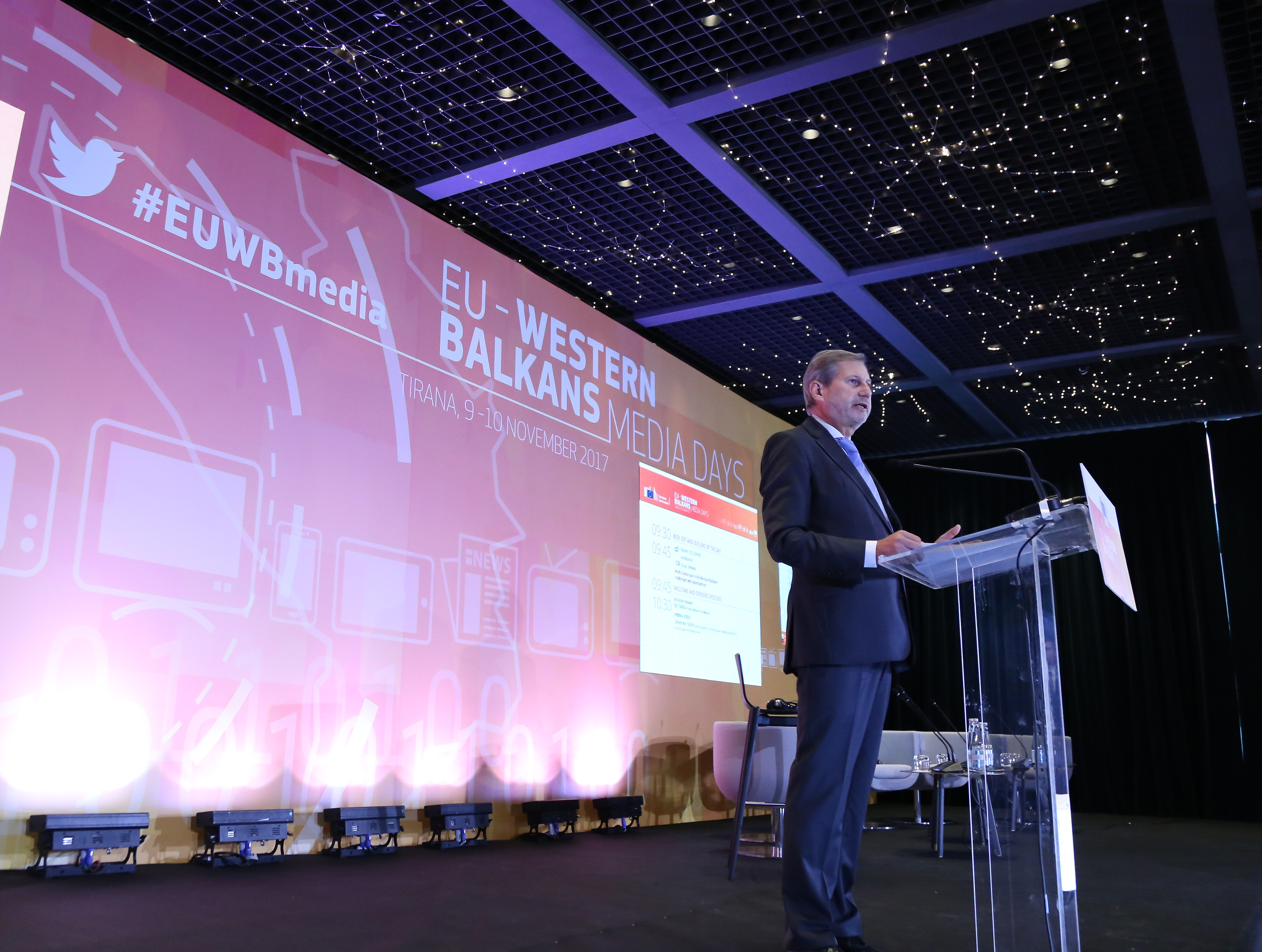 TIRANA – Representatives of the group “For Media Freedom”, that brings together journalists, media associations and civil society organizations, today in Tirana called on the European Union (EU) to support free, professional and responsible media in Serbia and not to ignore the desperate position the media are facing.

Participants on the panel “Role of the media in the process of European integration” , held within the EU – Western Balkans Media Days in Tirana, were addressed by Director of the Center for Investigative Journalism of Serbia – CINS (Centar za istraživačko novinarstvo Srbije – CINS) Branko Čečen on behalf of the group “For Media Freedom”, while the other members were standing in black shirts with the message “EU Do More”.

In solidarity with the problems of the media in Serbia, several participants of the conference from the countries of the region joined them, standing in the same shirts. The action of the group “For Media Freedom” and Čečen’s appeal to the EU was greeted by the applause of the participants of the event, which brought together 250 journalists, editors and representatives of journalists and media associations and civil society organizations of the countries of the Western Balkans.

Hundreds of journalists, editors, representatives of media associations and the civil sector during the two-day conference will discuss the main challenges and problems of the media scene in the region.

The conference is organized by the European Commission’s Directorate for Enlargement.