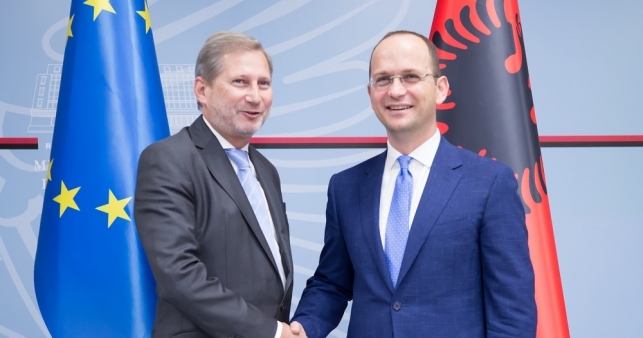 TIRANA – Judicial reform advancement is a key element towards consolidation of the rule of law in Albania, EU Commissioner for European Neighbourhood Policy and Enlargement Negotiations, Johannes Hahn said on Thursday in a meeting with Minister for Europe and Foreign Affairs, Ditmir Bushati.