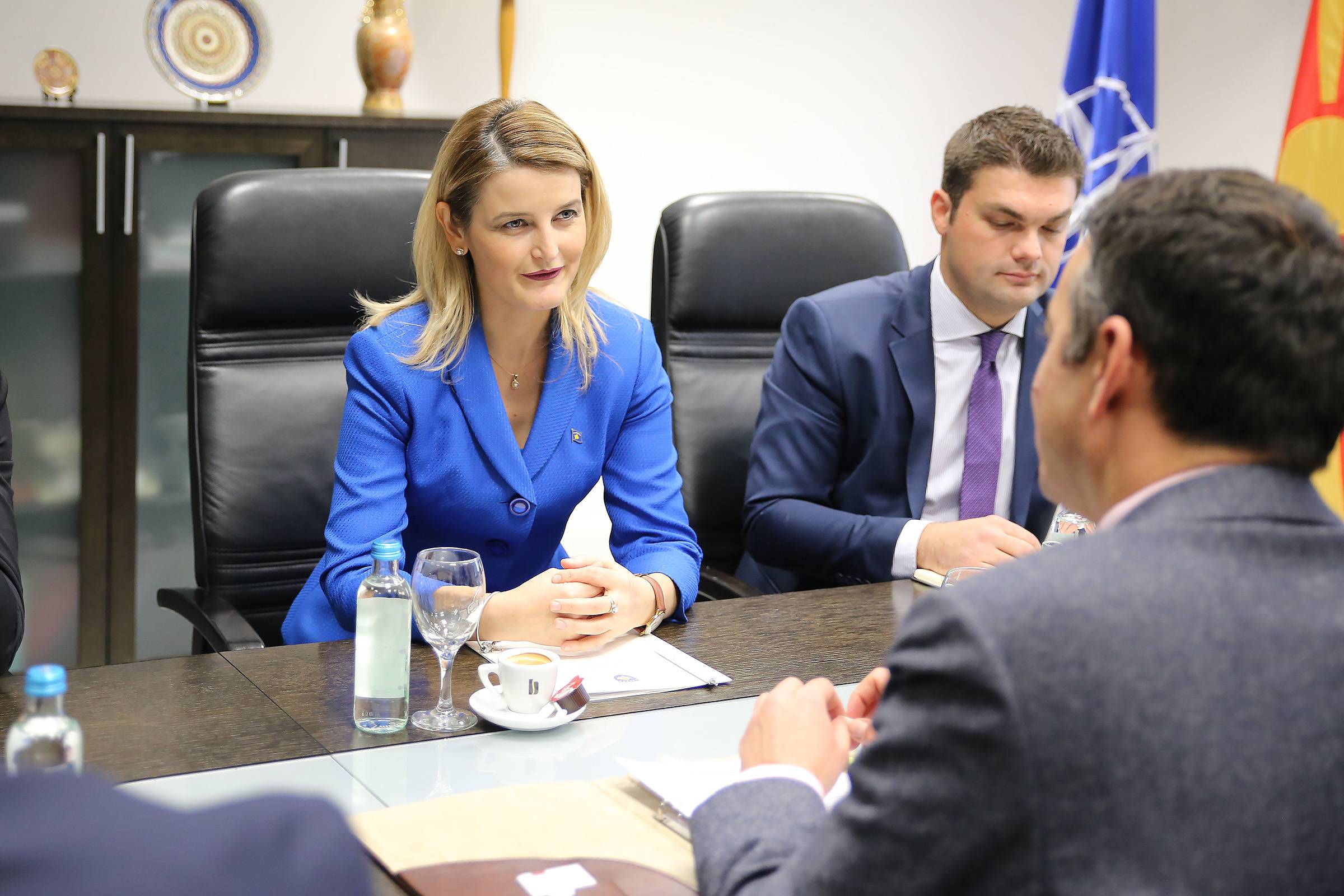 SKOPJE – During her stay in Macedonia, the Minister of European Integration of Kosovo, Dhurata Hoxha, met with Deputy Prime Minister for European Affairs, Bujar Osmani, whereby they agreed that Kosovo and Macedonia will continue to be friendly countries, and important partners in many sectors, including Kosovo’s integration to the EU.

The exchange of experiences in the light of the Euro-Atlantic integration process is welcomed, stated Hoxha, who added that they discussed on mutual cooperation with Macedonia in the field of European integration.

Meanwhile, Deputy Prime Minister Osmani stated that Kosovo and Macedonia will continue to deepen cooperation in the future and that Macedonia remains a strong partner of Kosovo.

The European perspective of Western Balkan countries by 2025 was also discussed in the meeting.

During the meeting, both interlocutors highly appreciated the cooperation between the two neighbouring countries, and highlighted the need of having the Macedonian diplomacy support Kosovo’s European integration process.

“Kosovo still needs the support of Macedonia’s diplomacy in its path towards the European family, and in terms of the recognition of Kosovo’s statehood from those countries that have not yet recognized Kosovo’s independence”, said Hoxha. The Minister of Foreign Affairs of Macedonia, Nikola Dimitrov, confirmed the further cooperation between his country and Kosovo.

“As a neighbouring country, Macedonia will always support Kosovo in foreign policy, and will also provide assistance to you country on the road to European integration”, said Dimitrov.