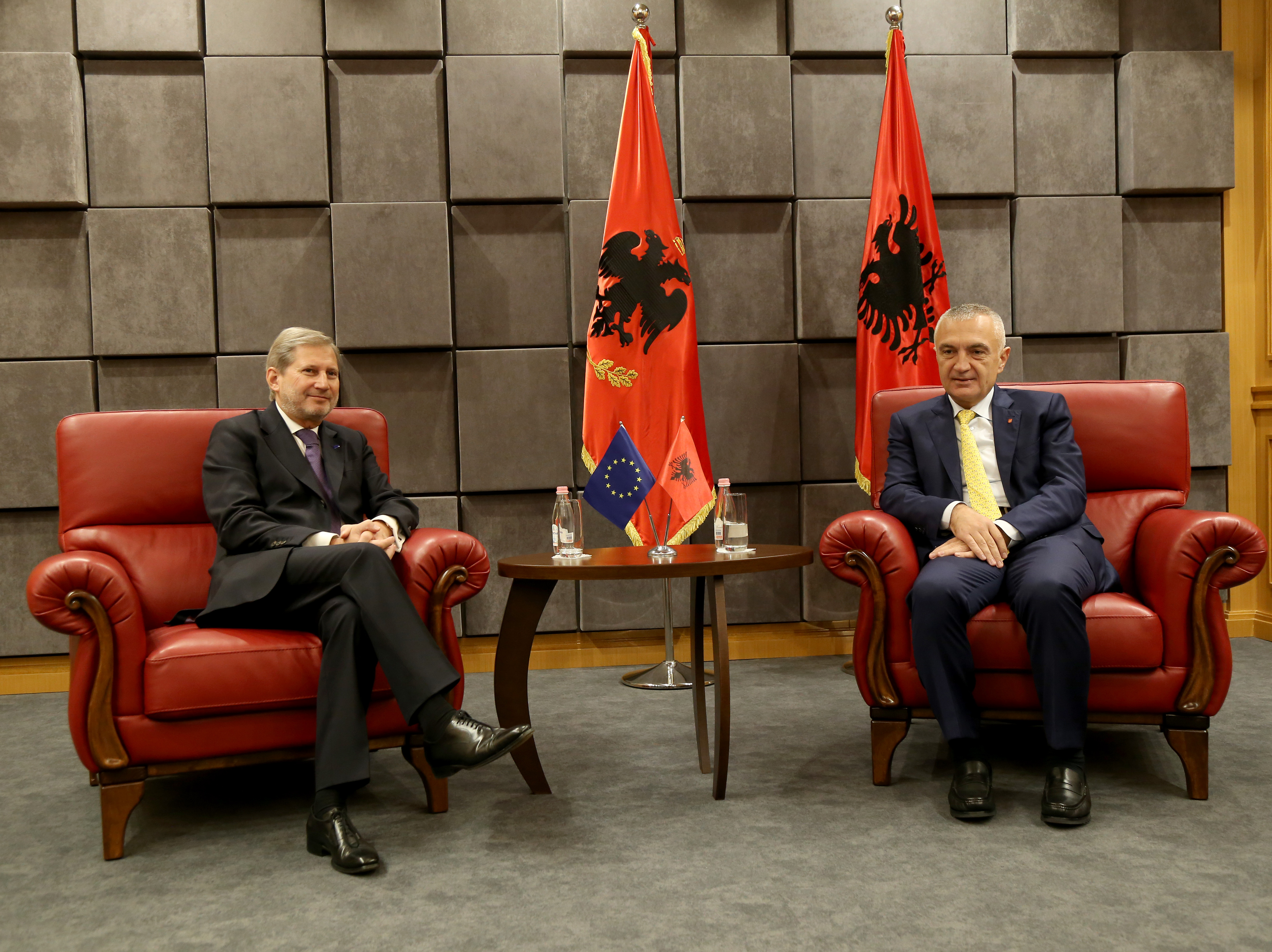 The Head of State underlined that accession process deserves all institutional and civic commitment to fulfil five priorities whose implementation will aid opening accession negotiations.

Meta praised the fight against organised crime and implementation of judicial reform in the context of opening accession negotiations as well as a long-term plan to empower the rule of law in Albania.

In addition, Meta appreciated EU and the USA investment on the judicial reform while emphasised the vital importance its inherent implementation has.

Meta requested special attention of EURALIUS experts to this process in order to an accurate interpretation of legislation in the framework of establishing reliable justice institutions.

President welcomed EU-Western Balkans Media Days conference held in Albania and teamed up with EU Commissioner Hahn that “freedom of expression is a fundamental value and a strong drive of democratic transformation.”

Meta and Hahn discussed current developments in the region where focus was placed upon EU’s added commitment to accelerating democratic and integrated processes within all Western Balkans countries.