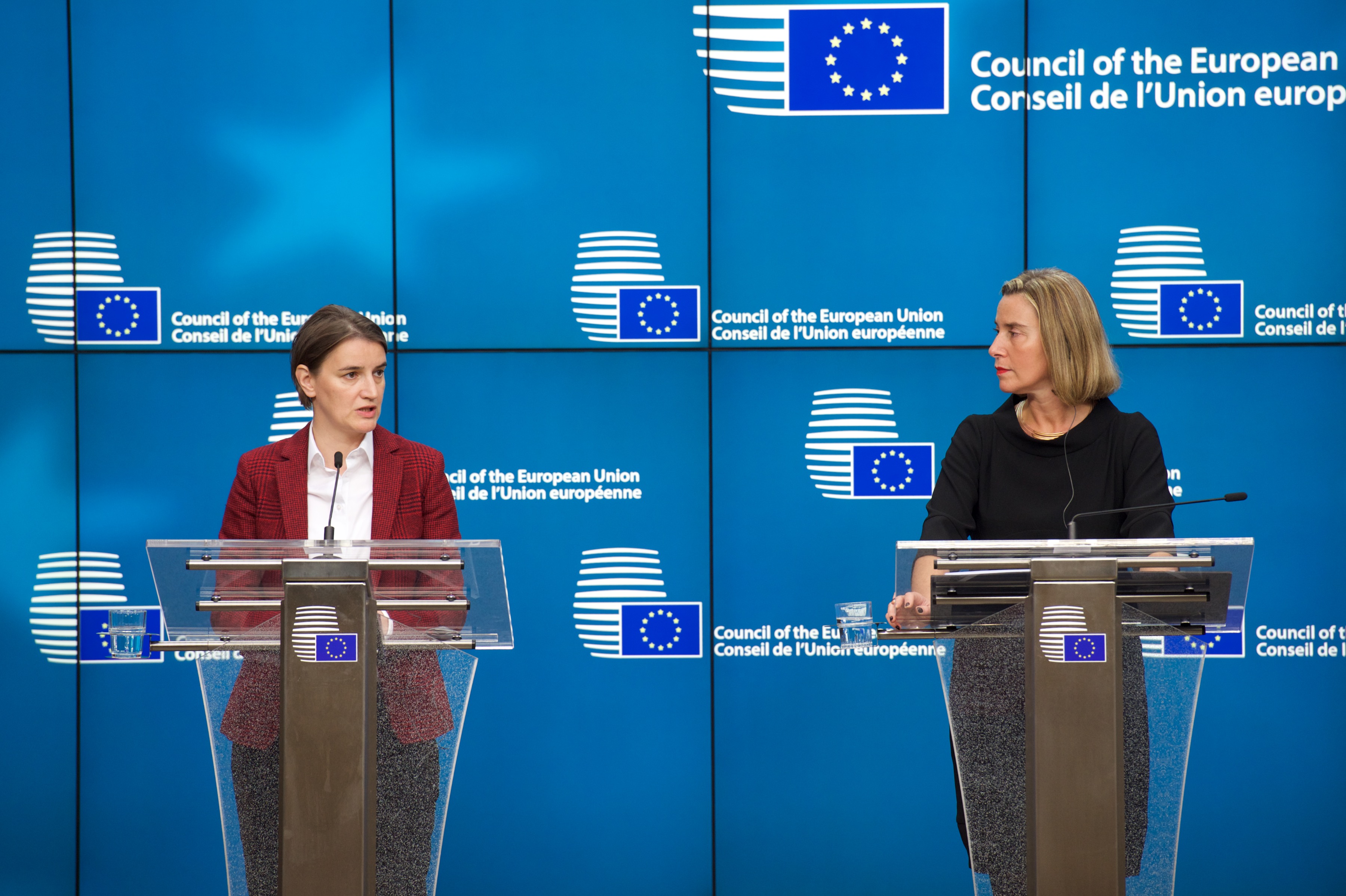 BRUSSELS – Serbia has been “making extremely good progress on its way to the EU,” EU foreign policy and security chief Federica Mogherini said in Brussels Thursday.

“It is now our firm and common intention to make this friendship and partnership grow even more, making irreversible progress on the EU integration path for Serbia and for the entire region,” she said.

The EU’s support for the European perspective of Serbia and the region is now stronger than ever, she said.

Brnabić expects 3 or 4 chapters to be opened in December

Serbian PM Ana Brnabić said in Brussels Thursday Serbia was ready to open five chapters in its EU accession talks but that she was expecting three or four to be opened in December.

“We are trying not to associate this with numbers, but stay focused on implementation of reforms and on where we are heading as a society,” she said.

After a meeting of the EU-Serbia Stabilisation and Association Council, Brnabić said Serbia was fully focused on its European path, reiterating the EU and European integration was the “greatest strategic objective of the Republic of Serbia.”

The Serbia-EU partnership is best reflected in economic cooperation, Brnabić said, adding that the EU had supported Serbia with 9 bln euros since 2000.

Now is the time for Serbia to focus on rule-of-law reforms and completion of the public administration reform, she said.

Bosnia and Herzegovina gets candidate status for EU membership

Dimitrov: I believe we will get the support from France

Várhelyi: Electoral reform in Albania is prerequisite for holding the first Intergovernmental Conference