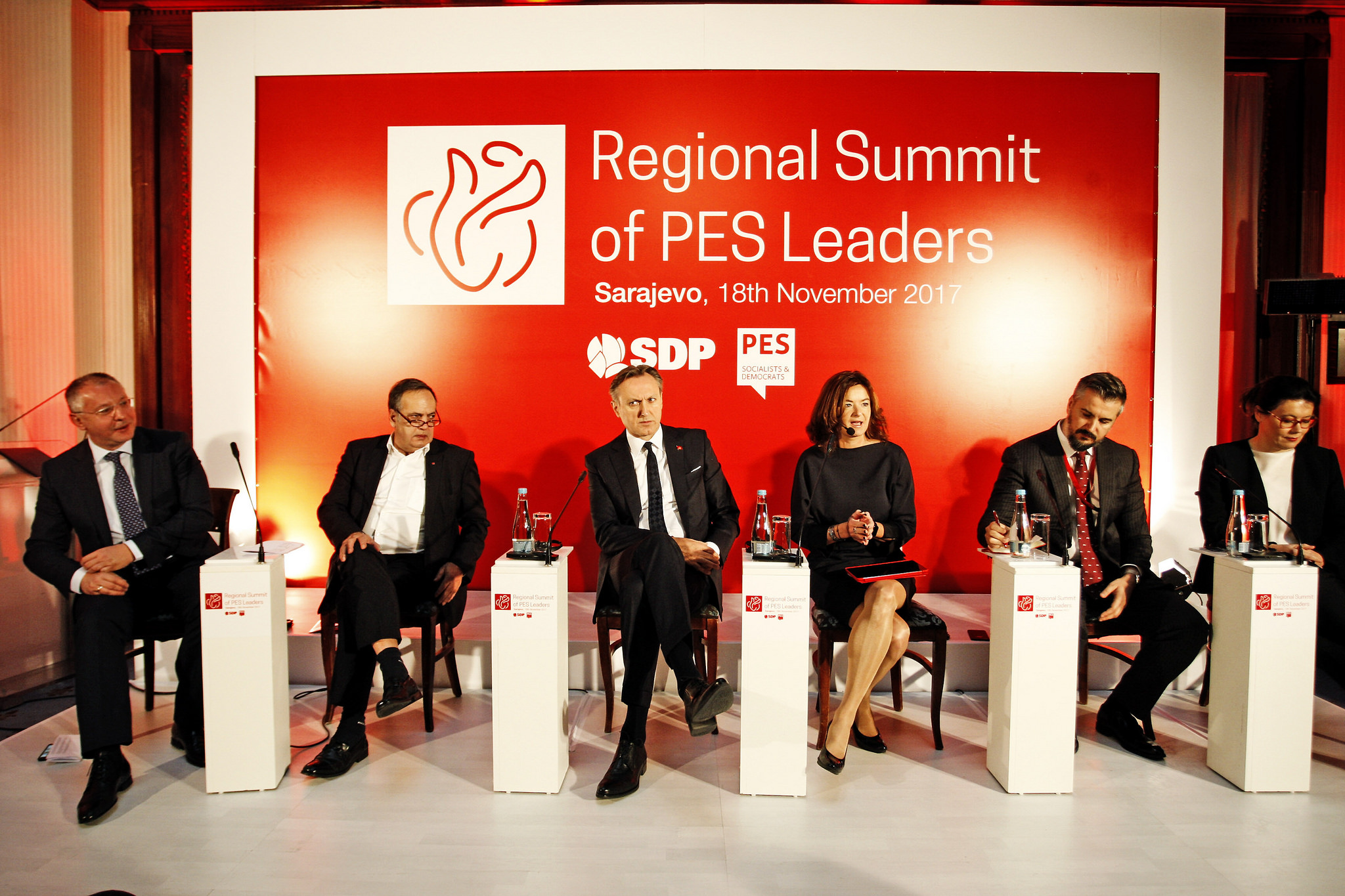 SARAJEVO – Five S&D MEPs, namely vice-president Tanja Fajon, foreign affairs spokesperson Knut Fleckenstein, S&D shadow rapporteur for Bosnia and Herzegovina Demetris Papadakis, MEP and president of the European Forum for Democracy and Solidarity Jens Nilsson, as well as PES president Sergei Stanishev, will be participating in a series of meetings on the Western Balkans that will be taking place in Sarajevo on 17 and 18 November.

In this context, the MEPs will meet with fellow parliamentarians and exchange views with sister party leaders who will be participating at the Regional Summit organised by the Social Democratic Party of Bosnia and Herzegovina.

Knut Fleckenstein, S&D spokesperson for foreign affairs, stated that this gathering is timely one, because it will provide the opprtunity to discuss the political situation in the Western Balkan countries.

“Bulgaria followed by Austria will be taking over the Presidency of the EU Council in 2018 and the European integration of the region stands a good chance of being back on the EU agenda. We have to unite efforts with our Western Balkans partners to bring forward the necessary progressive reforms, achieve social and economic progress, and explain better to our citizens the benefits of EU enlargement,” stated Fleckenstein.

He added that for the S&D Group is clear that the enlargement process represents a strategic investment in peace, democracy, prosperity, security and stability in Europe as a whole.

“However, we need to see concrete progress and make the reform process in the Western Balkans countries irreversible. This is not only important for the Western Balkans citizens, but it also helps us explain to our own citizens back home why EU enlargement matters,” stated Fleckenstein.

He stated that S&D Group need some concrete steps that benefit all citizens.

“A recent tangible result of the European integration process has been the end of roaming charges within the European Union, since 15 June 2017. The S&D Group intends to promote the inclusion of the Western Balkans countries in the ‘roam like home’ policy and I will also propose this in the framework of the Sarajevo Summit,” he said.