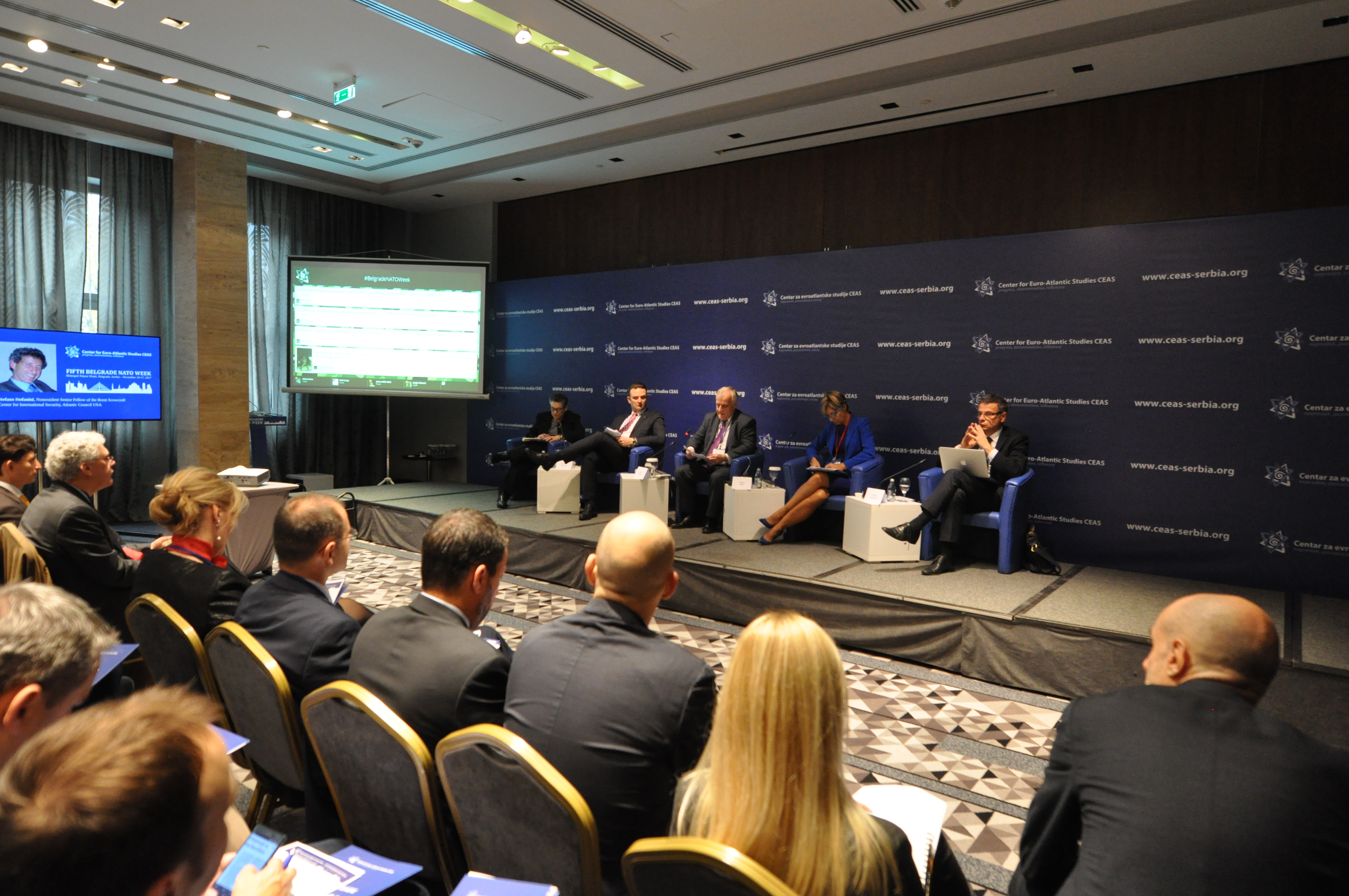 BELGRADE – The second day of Belgrade NATO Week can be summaried in the conclusion drawn in the panel, “NATO and the Western Balkans:” the European Union and NATO are two sides of the same coin. They share Western values and the process of integration into one cannot be separated from integration into the other.

“Therefore, the role of NATO and the EU in the Western Balkans is of great importance for the future and further development,” Domi said. 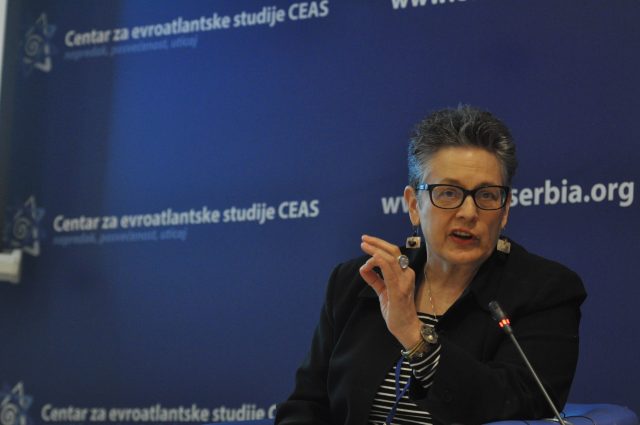 Robert Pszczel, Senior Official for Russia and the Western Balkans in NATO’s Public Diplomacy Division, said that positive developments in one country have an impact on neighboring countries.

“When we talk about integration, we want it to be of benefit to all, meaning that no one is left on the side,” Pszczel explained. An example of positive cooperation is KFOR, which is respected by and beneficial to both Serbia and Kosovo.

Pszczel emphasized that cooperation with NATO members has many advantages, as each of the 29 states can offer expertise in different domains.

Jelena Milić, Director of the Center for Euro-Atlantic Studies, stated that Montenegro’s membership in NATO is one of the best things to recently occur in the Western Balkans.

However, she also believes that corruption is a major problem in the region, and can detract from other positive development. EU member states’ lack of interest in enlargement is also discouraging.

“In the public more and more often we hear that the U.S. and Russia are two sides of the same coin and that the EU is the only option for Serbia – it should be noted that Euro-Atlantic integration can not be separated just like that,” Milić said.

Savo Kentera, President of the Atlantic Council of Montenegro explained that Montenegro’s recent NATO membership has created conditions that will lead to sustainable investments, a better economy, and better lives for its citizens.

“We used NATO to achieve a larger goal – turning to Western values,” he said.

As for the NATO membership of other countries in the region, Kentera said that he anticipates Macedonia will be the next to join the club. Serbia, he stated, will not be a neutral state in the future.

Vesko Garčević, Professor at the Frederick S. Pardee School of Global Studies at Boston University and former Director General of the General Directorate for NATO and Security Policy of Montenegro, believes that the processes of Euro-Atlantic integration should not be taken for granted.

“If there were any right candidates there would be no problems with the enlargement of the Union,” he said. In addition, there is a need for dialogue in the Western Balkans, among both NATO member states and non-member states, about regional foreign policy priorities and strategic goals.

“NATO and the EU are two sides of the same coin and they can not be separated from one another,” he said.

The following panel, “NATO and Serbia,” focused on the benefits of NATO membership.

Acting Assistant Minister for Security Policy at the Serbian Ministry of Foreign Affairs, Branimir Filipović, said that Serbia’s adoption of an Individual Parternship Action Plan (IPAP) with NATO corresponded with a higher level of cooperation, which has continued to intensify since 1999.

“Cooperation with NATO is based on the common interest of promoting peace and security, both globally and in the region,” Filipović said.

He added that an important aspect of that cooperation is tied to KFOR. Serbia expects that KFOR will not reduce its presence in Kosovo in the near future.

Milan Mojsilović, Major General and Acting Assistant Minister for Defense Policy, agreed, adding that security is the common goal that puts Serbia in a position to cooperate with KFOR on both sides of the administrative line.

Mojsilović highlighted that cooperation with NATO is important because Serbia is not only a participant, but actively expresses its interests.

Pszczel seconded this, saying that Serbia is not only using the security NATO provides, but contributed to it with its activities. He added that NATO needs Serbia.

Director of the Office of National Security and Classified Information Protection, Goran Matić, said that Serbia, by applying for EU membership, also applies for the exchange of information with all members states. In matters of digitization, data protection, and cyber security, Matić believes that Estonia should serve as a model for Serbia.

Jelena Milić referred to Chapter 31 of the accession process, which is, she believes, is of great importance for Serbia. In light of requirements in this chapter, Serbia should revise its strategic documents to meet the needs of the new geopolitical environment, and particularly with its declaratively expressed ambition to become an EU member.

The final panel of Belgrade NATO Week was hosted by the International Republican Institute’s Beacon Project. The panel titled “The Fourth Column in the Balkans: Advantages and Disadvantages,” addressed media as an intengral component of a functioning democracy.

Zoran Sekulić, Editor in Chief and Director of FoNet, said that Serbian media does not work in the public interest, but rather represents the interests of the ruling party.

“I think that, in addition to internal factors, the international community plays a role in influencing media in Serbia,” Sekulić said. Program director of metamorphosis.org.mk Filip Stojanovski and Editor in Chief and vice president of Radio Free Europe Nenad Pejić, agreed with these claims.

Ana Petruševa, a journalist for the Balkans Investigative Reporting Network, added that the extent of the governments’ investment in media companies is important when analyzing their neutrality.

Belgrade NATO week was supported by the NATO Public Diplomacy Division and the US Embassy in Serbia.

Vračić: Politicians are afraid to talk about emigration