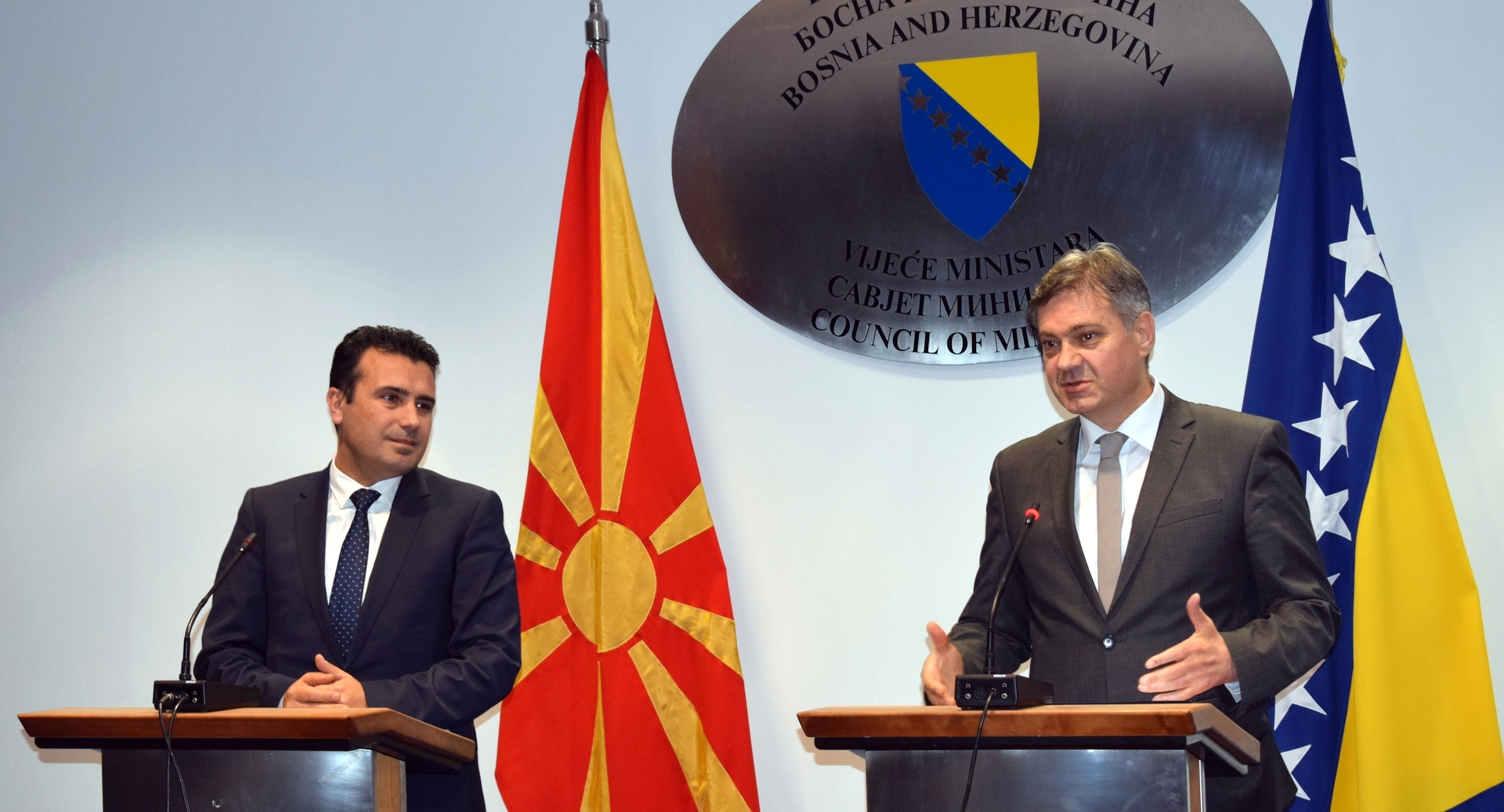 SARAJEVO – In the framework of the two-day working visit to Sarajevo, the President of the Government of Macedonia, Zoran Zaev, met with the Chairman of the Council of Ministers of Bosnia and Herzegovina, Denis Zvizdić.

At a news conference, it was announced that Zaev and Zvizdić, together with the Prime Minister of Montenegro Duško Marković will send a joint letter to all airlines, interested in introducing the Sarajevo-Podgorica-Skopje airline, as and that the initiative is open to other countries, such as Bulgaria.

“We use every opportunity to promote cooperation at every possible level, both the expectation of the EU, but also for the benefit of the citizens of both countries,” Prime Minister Zaev told reporters.

He added that it is about promoting the possibilities for economic cooperation in the field of trade and in the IT sector.

In that direction, BiH has been invited to be actively involved in the IT summit organized by Macedonia in Skopje at the regional level in order to promote the digital economy, trade and traffic connections.

“We expect the entire Western Balkans get the EU perspective,” Prime Minister Zaev said, adding that during his meetings with senior EU officials, he will commit to the integration of all countries in the region into the Union.

Chairman of the Council of Ministers of BiH Zvizdić at the press conference said that Macedonia and BiH will jointly participate in regional cooperation in the EU.

At the working meeting, it was assessed that the cooperation between the two countries is good and goes upward, that it will deepen at the political and economic level, especially by opening good conditions for domestic and foreign investors in the countries, that the two countries have the same goals, raising living standards of citizens, preservation of peace and stability in states and the region, and EU and NATO integration.