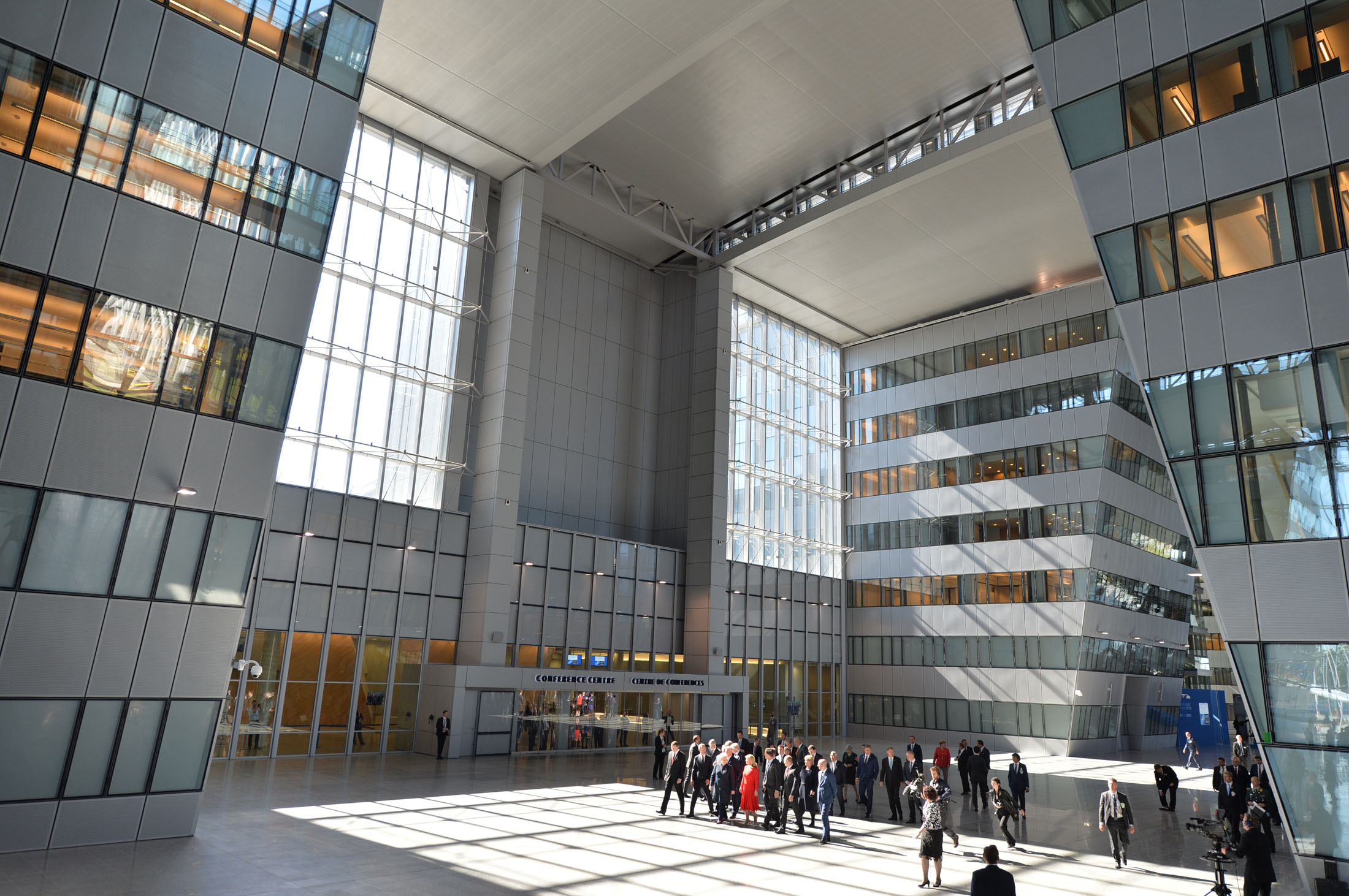 Recently, a visit by the delegation of Serbian parliamentarians to the NATO headquarters in Brussels, as well as to the NATO SHAPE in Mons, was organized with the support of the US Embassy in Belgrade. NATO SHAPE (Supreme Headquarters Allied Powers Europe), or Supreme Allied Forces Headquarters of Europe, is the headquarters of the North Atlantic Treaty Organization Command Center. The task of the NATO Command Center is to prepare, plan, and conduct military operations in order to fulfill the Alliance’s political goals.

It was an opportunity for deputies of different parties from Serbia to get acquainted with the way this organization works. During this visit, MPs discussed with NATO staff and exchanged views on the current cooperation between Serbia and NATO. Moreover, as Serbian parliamentarians say, it has been discussed widely about NATO’s image in Serbia and ways to improve it, taking into account the strong emotions associated with the NATO military campaign against FRY in 1999. Following the visit, almost all deputies assessed that cooperation between Serbia and the Alliance was more than good, as well as that there were no open issues in the existing cooperation.

Zoran Dragišić, a deputy of the ruling coalition, points out that the visit meant a lot to him because he had the opportunity to see how NATO works, as well as to talk with senior NATO officials dealing with certain issues of particular importance to Serbia. When it comes to the current cooperation and relations between Serbia and NATO, Dragišić says there were clearly defined relations and no open issues, contrary to allegations coming from certain Serbian politicians.

“Serbia expresses readiness to fully cooperate within the IPAP, thus maintaining a clear position that there is no claim to becoming a NATO member, and there we came across a full understanding of that position, noting that this was a legitimate decision of Serbia as a sovereign state,” commented Dragišić.

Unlike Dragišić, who deals with the security area, Miroslav Aleksić, MP and the vice-president of the National Party points out that this was a great experience for him to become familiar with an institution and organization such as NATO, which he had previously not been familiar with. He thinks it was important for Members of the Parliament to get acquainted with the organization and convey those impressions to the citizens.

“More frequent visits of the MPs should be made so that they can see for themselves the functioning of an organization, and then convey those impressions to the citizens, because the deputies are representatives of the people,” Aleksić adds.

As for the MP of the Serbian Progressive Party, Vesna Marković, the first association upon the invitation to visit the North Atlantic Alliance was the year of bombing, because, in her words, “it really inflicts big emotions, not only on me but on most of our citizens”.

Nevertheless, she considered it important to discuss all the issues of Serbia-NATO cooperation, and that this cooperation continued. She points out that cooperation with NATO was important for several reasons, which are “protection of the Serbian population in Kosovo and Metohija and protection of religious facilities as well as the regional stability”.

“The strongest impression during the visit stems from the officials’ interest in what citizens of Serbia think about NATO and how they can help improve the image of NATO,” concludes Marković.

Maja Videnović, a deputy of the opposition and representative of the Democratic Party, who was also part of the delegation, emphasizes that “as responsible politicians, we are obliged not to abuse the emotions of citizens, but to talk about the present.” According to Videnović, the present is such that we are surrounded by NATO members, that the whole world faces incredible threats. She emphasizes that “as responsible people we need to talk about facts and arguments, exclusively thinking about the future”. On the other hand, she comments that perception in non-NATO countries depends not only on NATO but also on political elites in the country.

“The cooperation of current leadership of Serbia and NATO is praiseworthy, but it important not to consider it a story for out there, but rather to argue with citizens who bear this trauma, with all the right”, concludes the MP from the Democratic Party.

The statements given by all the MPs assert that the current cooperation was excellent and that it was crucial for maintaining stability in the region. The representative of the Bosniak Democratic Union of Serbia, Jahja Ferhatović, speaks in the same tone.

“I belong to a political party that has an important fact among its programme principles, that is, we are convinced that only Serbia’s NATO membership ensures peace and stability for the entire Balkan region,” explains Ferhatović.

In her text for Danas daily, Vesna Marković emphasizes that Serbia was now a militarily, yet not politically neutral country.

“I am sure that we will properly define our future interests and see new circumstances,” Marković said.

Her colleague from the Parliament, Zoran Dragišić, assesses that the prospects in cooperation between Serbia and NATO were good, regardless of the fact that Serbia does not aspire for a membership, whereas the result of the current cooperation was a better and safer Serbia.

Opening of the “green” Cluster – Proof of progress or an undeserved award for Serbia?