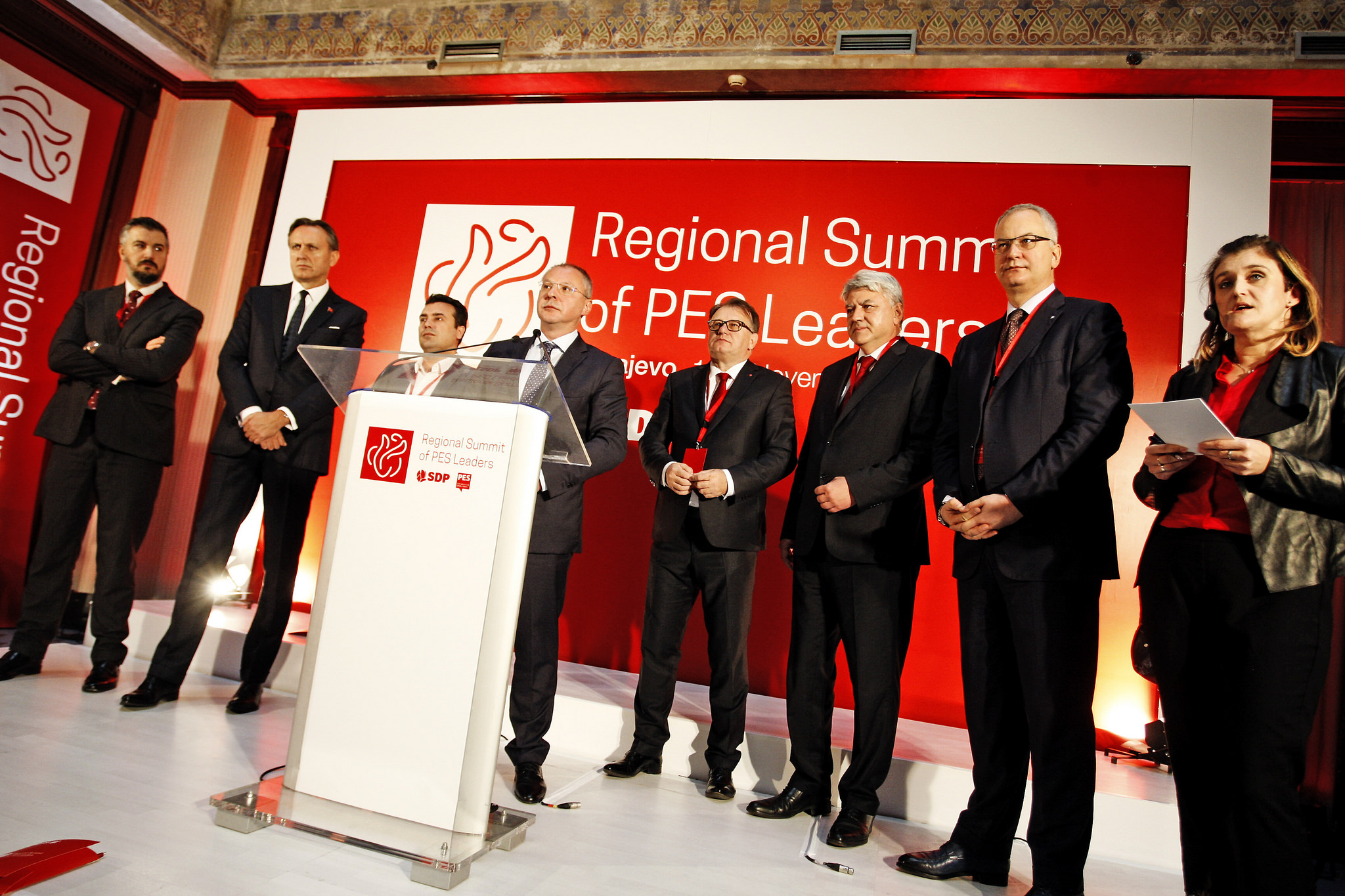 SARAJEVO – Progressive Parties and foundations from the PES family in the Balkan region have discussed the challenges of further Balkan integration on the path of EU accession, on Saturday, at the Western Balkan Summit in Sarajevo.

PES delegation, with president Sergei Stanishev and Deputy Secretary General for International Affairs Giacomo Filibeck, attended the meeting and expressed support for further regional integration to foster trade and extend the free movement of people to the Balkan region.

“It is very inspiring to feel the hope for a better future in the Balkans from the progressive political family here, which is so actively contributing to the easing of tensions. We are proud of taking the role of peacemakers and we are proud of waving the EU flag in a region with a dark past of nationalism,” PES president Sergei Stanishev said.

The PES Regional Summit in Sarajevo was attended also by MEP’s from the S&D Group in the European Parliament and high level representatives of our member parties from Western Europe.

Conference “A Coming Storm? Shaping a Balkan Future in an Era of Uncertainty”