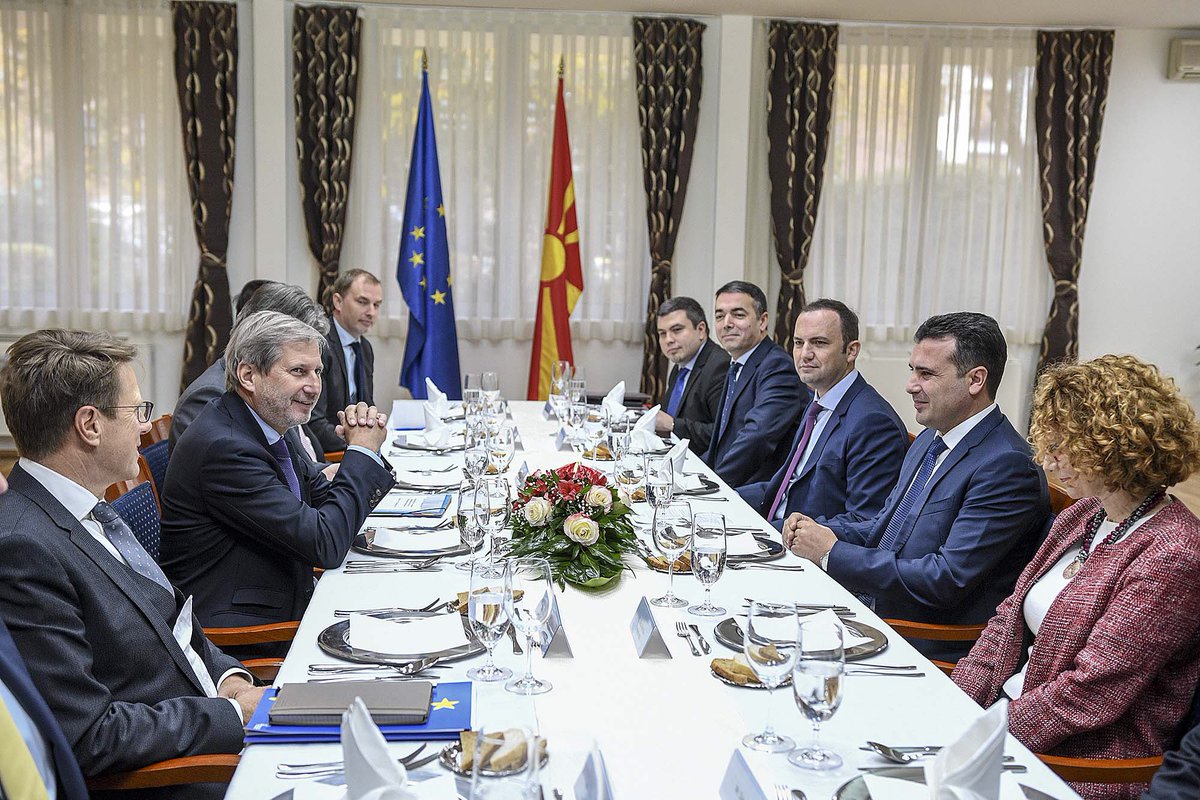 SKOPJE – Today’s visit is another indication that the European Union remains focused on the country and the region, stated EU Commissioner Johannes Hahn at a joint news conference with Prime Minister Zoran Zaev today in Skopje.

“We have achieved a lot and I do not want to give the impression that Brussels is no longer following the situation in the country and that we are not focused on the development of events in the country, on the contrary. My personal mission will be achieved if we start negotiations. Now it’s important to run the last mile or a half kilometer from the half marathon”, said Hahn.

He stressed that they remain committed to giving the country a positive recommendation and expressed hope that this will happen next year.

“We are now more confident than we were in the past that our member states will positively respond to the recommendation”, said Hahn.

The EU Commissioner said that things are moving in a positive direction, but that by the end of the year, reforms should be made regarding the intelligence services, the judiciary and the public administration.

Prime Minister Zoran Zaev said he expects Macedonia to become a member of the EU before 2025, but that it is only a wish and everything depends on the achieved performance. When asked what his optimism was based on, given that so far, Greece has blocked Macedonia, Zaev emphasized that there is now a positive atmosphere in both countries and that it should be used to solve the problem.