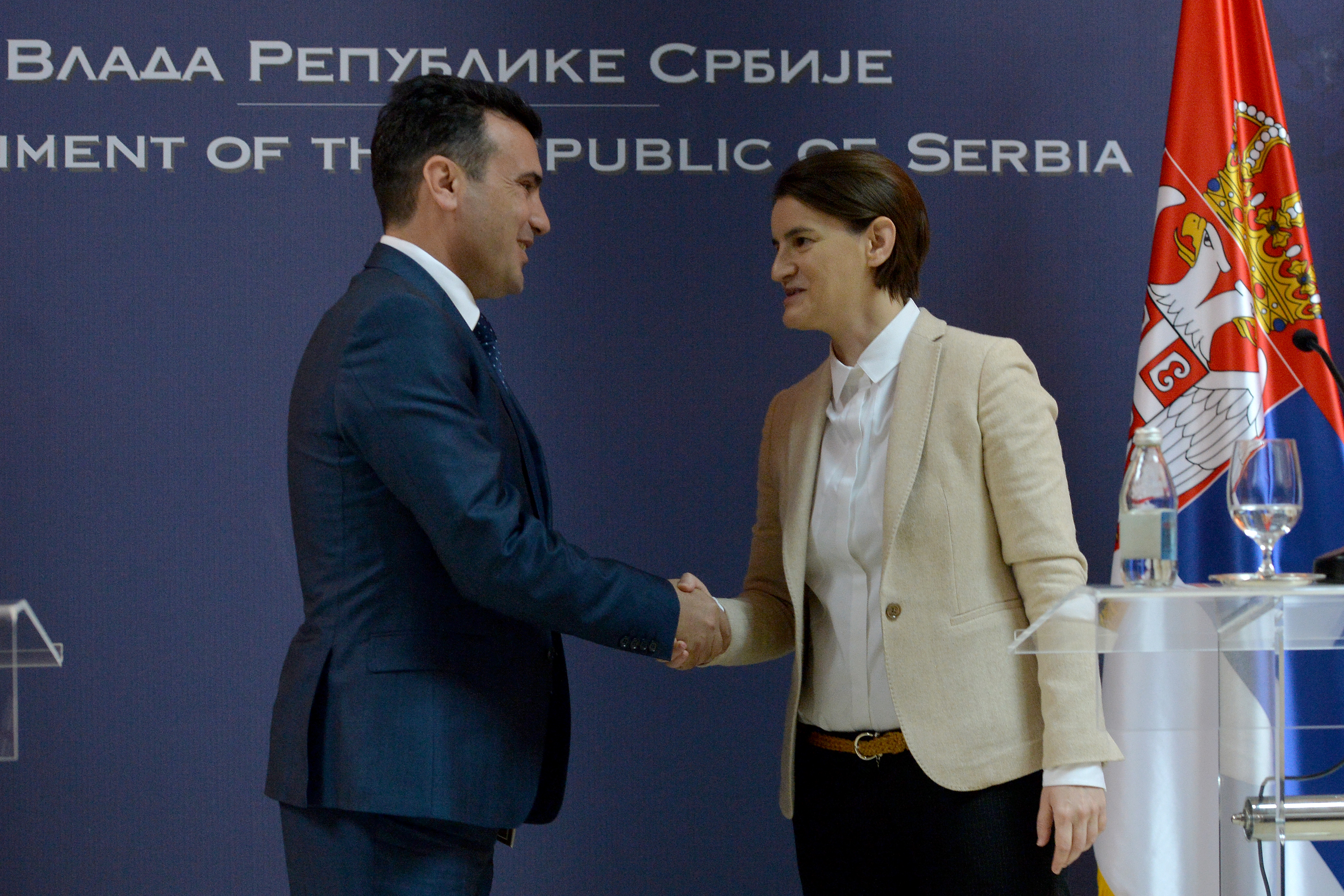 BELGRADE – A preliminary agreement has been reached to hold a joint session of the Serbian and Macedonian governments in late February or early March next year, Serbian PM Ana Brnabić said after a meeting with Macedonian PM Zoran Zaev in Belgrade on Tuesday.

At a joint press conference, Brnabić said they had also discussed concrete projects and cooperation that needed to be worked on for agreements to be signed at the joint session.

“I hope we will get the EU’s support as well, it is an important thing for us,” Brnabić said.

Zaev’s visit is a significant thing for all our further projects, she said.

“It is a good signal that indicates that all potential mutual open issues must be resolved through dialogue,” Brnabić said.

AFET with representatives from the National Parliaments of the Western Balkans