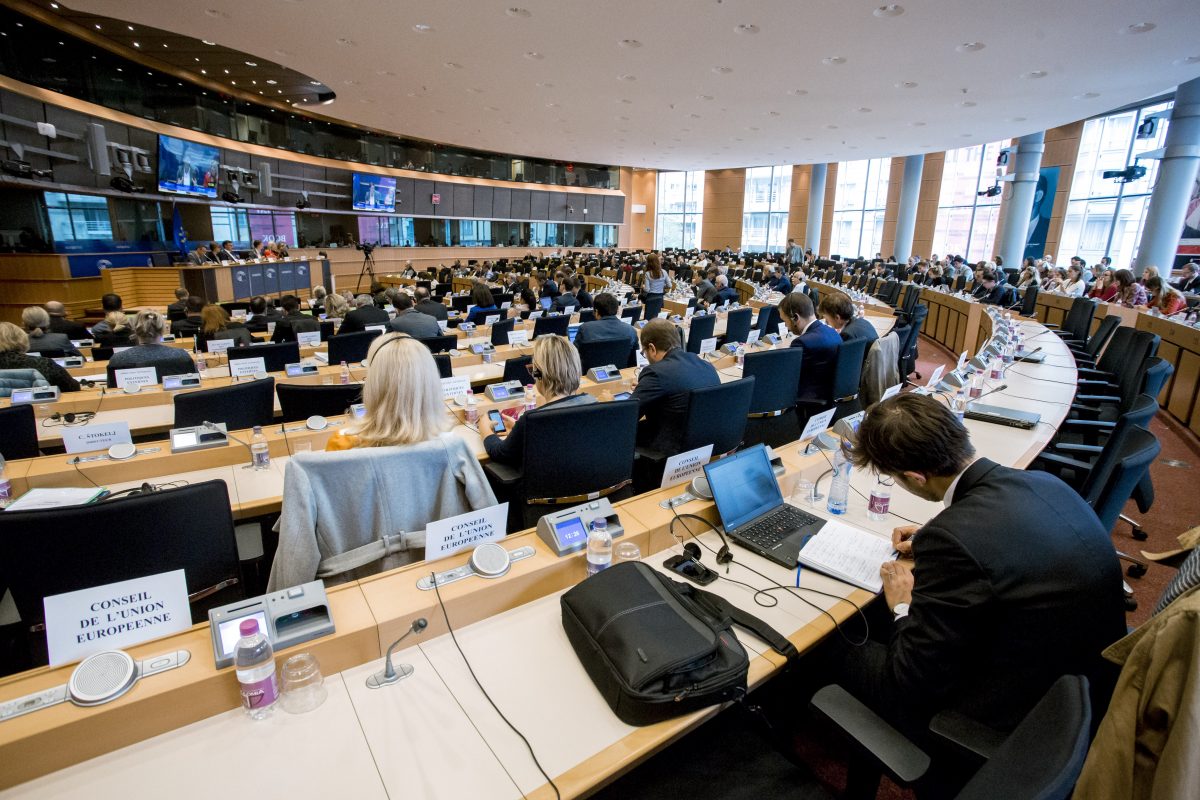 Director General for Enlargement at the European Commission Christian Danielsson, stated that the clear prospect of teh EU membership is not a one-way street.

“In order to bring it into reality, great responsibility lies with the countries of the Western Balkans,” Danielsson said.

“The upcoming 2018 will be crucial in this regard. The European Commission is working on the Strategy for a credible strategy for the enlargement of the Western Balkans, which will be adopted in February,” he said.

Member of the Albanian parliament, Taulant Balla stated that the Albania has taken concrete measures to implement the recommendations of the EU.

“The significant progress has been made in the strengthening of parliament’s legislative role,” said Balla.

He pointed out that Albania is committed to constructive cooperation with its neighbours, adding that two initiatives have been very successful in this area.

“Albania owes much to the EU for technical and economic assistance,” said Balla.

Borjana Krišto, member of the Parliamentary Assembly of Bosnia and Herzegovina said that her country will have to work very hard in order to implement all the suggestions made in the Report for BiH.

“We are very aware of the problems we are encountering. However, we share European values and we want to be a part of Europe,” explained Krišto, adding that she hopes that Bosnia and Herzegovina will make the most of this period to reform the country.

Member of the Assembly of Kosovo, Memli Krasniqi, said that for Kosovo, the EU agenda is the key and even though the government is changed, the commitment of the EU agenda has not changed.

“Kosovo deserves a fighting chance for the EU membership, there is no alternative,” stated Krasniqi.

Commenting on the visa liberalisation, he said that the current impasse is not good for the citizens of Kosovo, especially not for the youth.

Speaking about the fighting against illegal migration, he said Kosovo has been among the most successful countries in the region.

“Kosovo is committed to the EU facilitated dialogue with Serbia,” he said, adding that the dialogue needs to have an end date.

Member of the Macedonia’s Assembly, Artan Grubi, stated that the position and the opposition in Macedonia remain committed to becoming a full-fledged member of the EU and NATO.

He pointed out that the EU would not be complete without the region.

Member of the Parliament of Montenegro, Andrija Vuksanović stated that Montenegro hopes that it will become a member of the EU even before 2025, since recent Junker’s announcement for the successful accession of Serbia and Montenegro.

“We are strongly committed to regatta principle, and we believe that each country should be judged by its own results,” stated Vuksanović.

He said that the Berlin-plus process is a good initiative, adding that without the good infrastructural connectivity, the region cannot have a good economy.

Member of Serbian Parliament, Milorad Mijatović, stated that Serbia, as well as other countries of the region, takes part in improving the regional cooperation.

“We believe that our region should be the region of stability and dialogue,” Mijatović said.

He also addressed the Junker’s strategy, saying that it is good that Serbia, together with Montenegro, received a timeline of a possible membership, adding that accession to the EU is a strategic goal of Serbia.

Eduard Kukan, Chair of the Delegation to the EU-Serbia Stabilisation and Association Parliamentary Committee, explained that he does not want to disseminate obligatory optimism, but that he hopes that the enlargement process is gaining a new momentum.

“I sincerely hope that upcoming EU presidencies will dedicate more attention to the region and its political developments,” Kukan said, adding that the integration process goes both ways.

“While us committing to engage with the region, we should also expect a clear commitment to the reforms agenda and to shared values. Unfortunately, this is not always the case,” explained Kukan.

He added that the accession process needs to reinforce reform agenda since there are many stumbling blocks all around the region, which will need to be moved.

“All of the countries are struggling in with corruption and organized crime, in many cases we see deteriorating situation in freedom of media and weaknesses of democratic institutions, problems with rule of law, or lack of political culture. These often lead to destabilization, the potential derailing of the reform processes and in some cases hampering the whole integration process,” he stated.

European Parliament’s Rapporteur on Albania, MEP Knut Fleckenstein, stated that since the EU has abolished the roaming charges for its citizens, the similar should be done in the Western Balkans.

“We need to expand roaming to these countries,” said Fleckenstein, adding that the EU politicians need to speak clearly that the Western Balkan region belongs to the EU.

Miro Kovač, the President of Committee on Foreign Affairs of Croatian Parliament agreed with this statement, saying that the Junker’s Strategy is encouraging.

“The Western Balkan is a stomach of our continent. It is not acceptable that the foreign powers have more influence on the region than the EU,” said Kovač.

Member of the German Bundestag Josip Juratović stated that the EU needs the Western Balkans, adding that the situation in the region is not necessarily exemplary.

However, he said that there are some positive developments in the region.

“If we want to have reconciliation we have to connect the region. If we want to fight corruption we need to have economic development,” Juratović said, pointing out that the EU needs to further support the economy of the region.

Tonino Picula, MEP, said that clear and credible EU perspective for the Western Balkans is needed. Although 14 years ago, in Thessaloniki Summit, similar perspective was promised to the region, he reminded that only Croatia has made it into the EU membership.