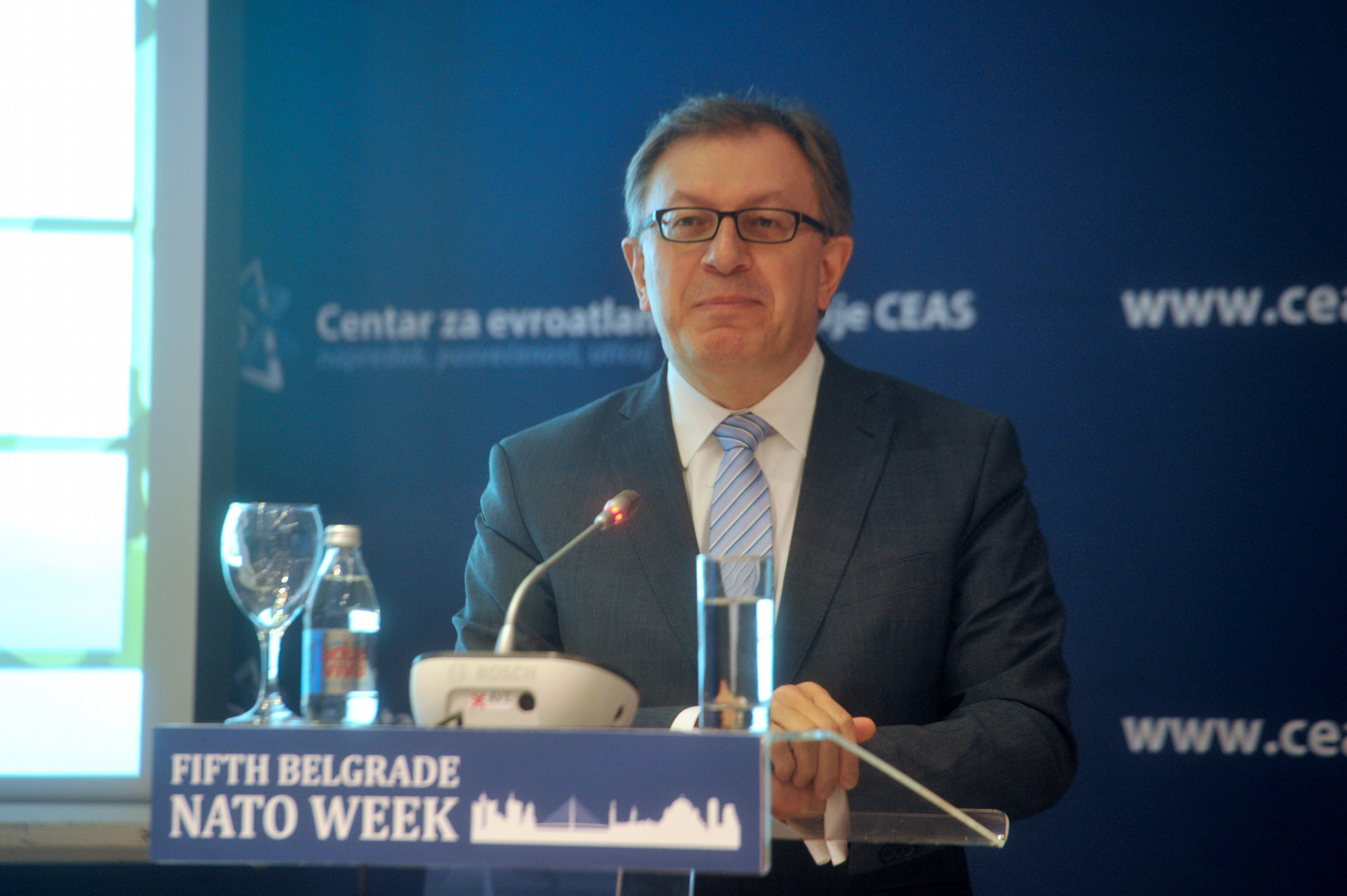 BELGRADE – Tacan Ildem, Assistant NATO Secretary General for Public Diplomacy, recently participated in the 5th NATO Week in Belgrade, where he spoke to EWB about the visibility of Serbia-NATO partnership and the threat of Russian propaganda and fake news, which recently became a hot topic in both the United States and Europe.

Discussing the visibility of Serbia-NATO partnership, Ildem said that the “visit of President Vučić served the purpose of elevating better understanding of our close partnership” and that “the joint statement of President Vučić and Secretary General Stoltenberg gave us a strong sense that the key is to have mutual respect in this engagement”. Ildem claims he was struck by President Vučić referring to it several times.

“This is really something that both Secretary General and allies meet only with mutual respect – that we could be able to further our partnership, and this will strengthen the mutual trust which is a prerequisite for any beneficial partnership relationship.”

According to Ildem, public awareness is quite important.

“Sometimes we may approach certain questions with emotions rather than knowing the real facts. Sometimes those sentiments could emanate from different reasons, such as the past, but it should not be an obstacle for us to try to understand what NATO stands for, what we mean in our cooperative engagement with partners, and how this cooperation could serve in contributing to security and stability in the Western Balkans.”

“There are so many reasons for us to cooperate and debates on conference like this shed some light to key opinion makers, but I could only hope that with more communication activities and public diplomacy activities, wider audience and certain segments of the society could also be able to better understand and leave some of the misunderstandings and misconceptions behind them.”

Asked about Russian propaganda, which has recently gained a lot of attention in the EU, Ildem confirms that “the countries of the region of the Western Balkans are complaining about the increase in propaganda and fake news”. He claims that it is a “phenomenon that we are encountering also in individual allied countries, which requires us to be vigilant.”

According to Ildem, “it is necessary to elevate the awareness of our public about this phenomenon” and “make sure that we have media literacy and resilience so that we can understand what is fake news and what is the truth”.

“From NATO’s part, one important thing is that we are not countering propaganda with propaganda. What we are trying to do is to make sure that NATO’s story, and when I say story I mean the facts, are prominently featured in information space so that people have knowledge of what is really going on, and do not get carried away with any trace of fake news.”

For Ildem, “resilience also means, for journalists, for instance, that it is important that you check your sources, trace it back, see how reliable sources are and to what extent you can take it as something of a true nature.”

According to him, it is very important for NATO to cooperate with the EU in order to counter fake news and propaganda.

“I think it is important for all countries to cooperate and NATO is cooperating with EU in that respect, and this provides an opportunity to be well understood by the audience.”