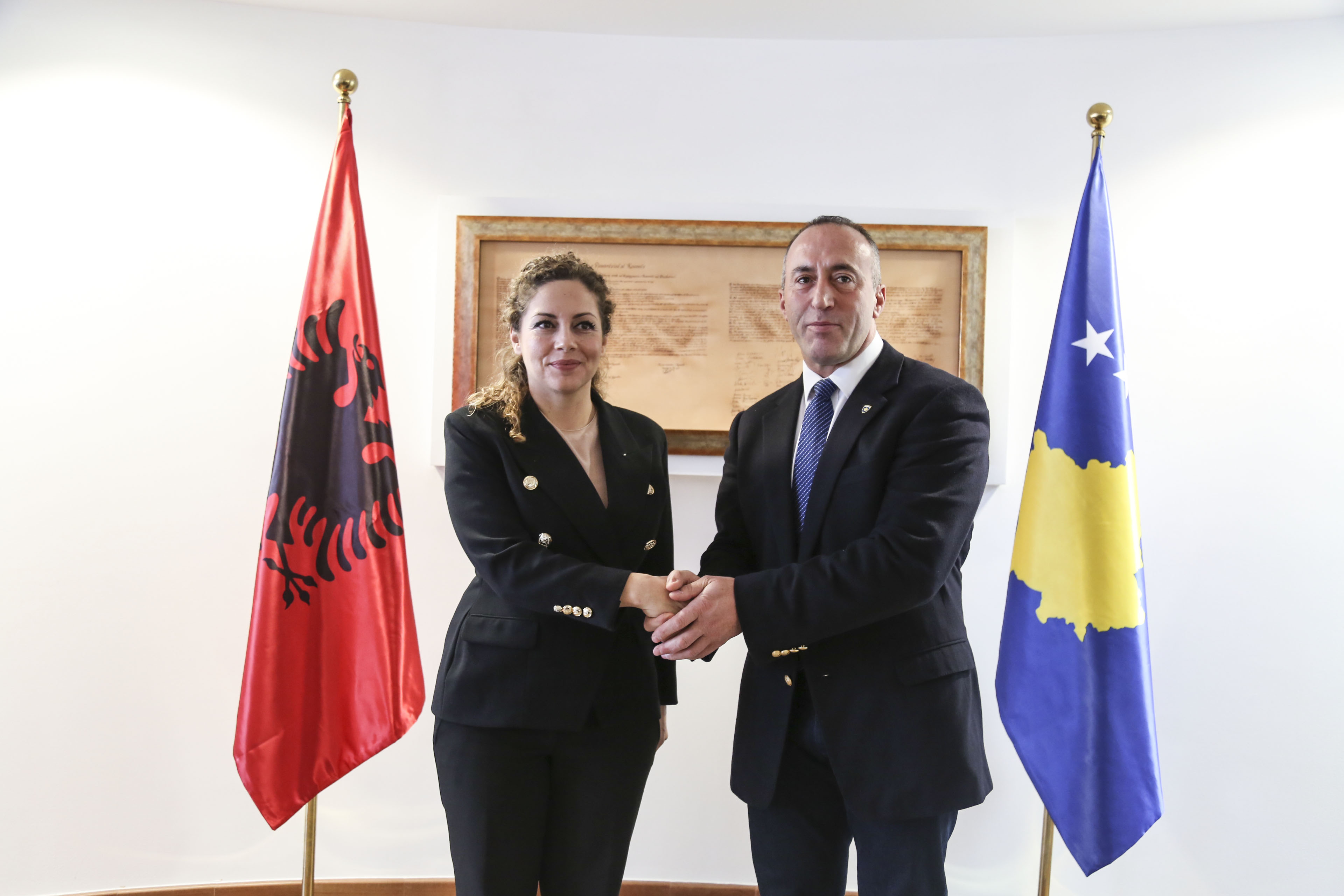 Xhaçka with Haradinaj; Photo: Office of the Prime Minister of Kosovo

TIRANA – Albania will support Kosovo’s accession processes to international organisations and to NATO, as well to strengthen its international subjectivity, said Minister of Defence of Albania, Olta Xhaçka during the meeting with Kosovo’s Prime Minister Ramush Haradinaj in Pristina on Friday.

Minister Xhaçka praised the dynamics of the new PM’s government, while both interlocutors discussed current political developments and bilateral cooperation between two countries, placing special focus on defence and security.

Haradinaj assessed Albania’s contribution to the regional and global security as a NATO member country which impacts Kosovo’s security as well.

He also emphasised the importance of cooperation between Kosovo and Albania and the opportunity to further deepen cooperation in all fields of common interest.

Attention was as well paid to the joint governments’ meeting scheduled on 27 November in Korçë, Albania, in order to achieve concrete agreements and their implementation to the further deepening of bilateral relations.