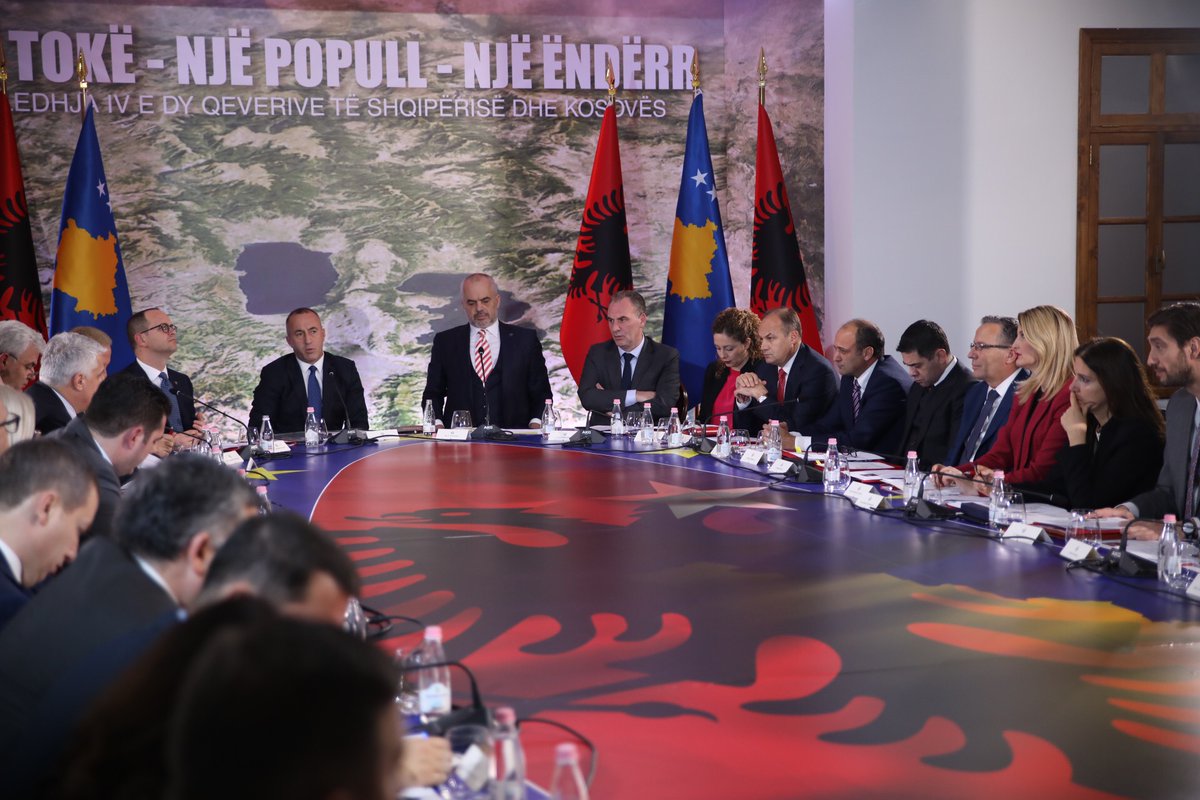 Overall, the two governments have signed four cooperation agreements on social insurance and integration and eight memorandums on electricity, Diaspora, environment, culture, foreign investments as well as on veterinary certificates.

A memorandum of understanding on cooperation in the field of foreign affairs was signed by Kosovo’s Minister of Foreign Affairs Behgjet Pacolli and his counterpart from Albania, Ditmir Bushati.

Also, a memorandum of cooperation between the office of Albania’s PM and the office of Kosovo PM was signed on sharing expertise and cooperation in implementation of the best regulation, assessment of impact and enhancement of approaches to policy development was signed by Vice PM of Kosovo Fatmir Limaj and Minister of Justice, Etlida Gjonaj.

Kosovo Minister of Labour and Social Welfare Skënder Reçica and Minister of Finance and Economy of Albania Arben Ahmetaj signed an agreement on insurance authentication and eligibility for pension credit.

A memorandum of understanding was signed between Kosovo’s Agency for Investments and Support of Enterprises and Albanian Investment Development Agency, AIDA. This memorandum was signed by Minister Bajram Hasani and Minister Arben Ahmetaj.

An agreement on financing and joint action plan for teaching of Albanian language and Albanian culture in Diaspora was signed by Ministers Lindita Nikolla and Dardan Gashi.

A memorandum of understanding was signed on foundation of the joint energy market Kosovo-Albania.

EU: Pace of Kosovo’s path towards the EU depends on implementation of reforms

Although the lack of actions of the European Union left room for the new actors such as Russia, China and Turkey in… https://t.co/8lTAhirSky

Reply Retweet Favorite
The way that corruption is linked to politics suggests a degree of systemic corruption and elements of state captur… https://t.co/rbpYPJRfW5