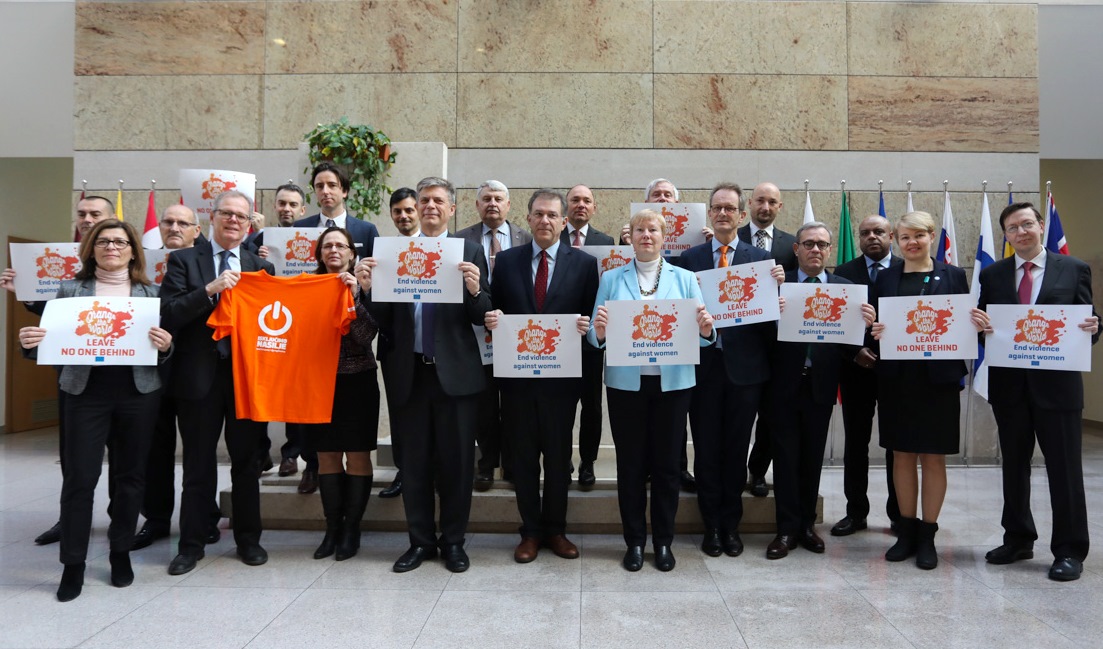 Delegation of the EU to BiH

SARAJEVO – Head of the EU Delegation and EU Special Representative in BiH Ambassador Lars-Gunnar Wigemark and EU Member States’ Ambassadors in Bosnia and Herzegovina today endorsed the 16 Days of Activism Against Gender-Based Violence global campaign spanning from 25 November through to 10 December. This year’s theme “Leave No One Behind – End Violence Against Women” was chosen to stress an importance of supporting those who are the most vulnerable.

Violence against women and girls is one of the most widespread human rights violations across the globe. It is estimated that 35% of women have experienced violence at some point in their lives. In some countries, this figure is as high as 70%. In Bosnia and Herzegovina, the EU has assisted through a range of programmes with regard to respect of women’s rights and gender equality, assisting victims of sexual violence and rape during the war, peace building and reconciliation.

Earlier this year, the EU and UN Women in BiH launched the country-level component of the regional programme “Ending Violence against Women in the Western Balkan countries and Turkey: Implementing Norms, Changing Minds”, which aims to combat violence and discrimination against women and girls in six Western Balkans countries and Turkey. The programme is funded by the European Union in the amount of EUR 5 million.

On the occasion of the International Day for the Elimination of Violence against Women marked on 25 November, the European Commission reminded that eliminating violence against women and girls is a first step towards global peace and security.

In order to tackle the issue beyond the EU’s borders, the European Union and the United Nations recently launched the global Spotlight Initiative, with an unprecedented initial investment of EUR 500 million to address the root causes of violence against women and girls, help victims and empower them to contribute to more secure and resilient societies.

Hoyt Yee – New ambassador of the US to Macedonia?