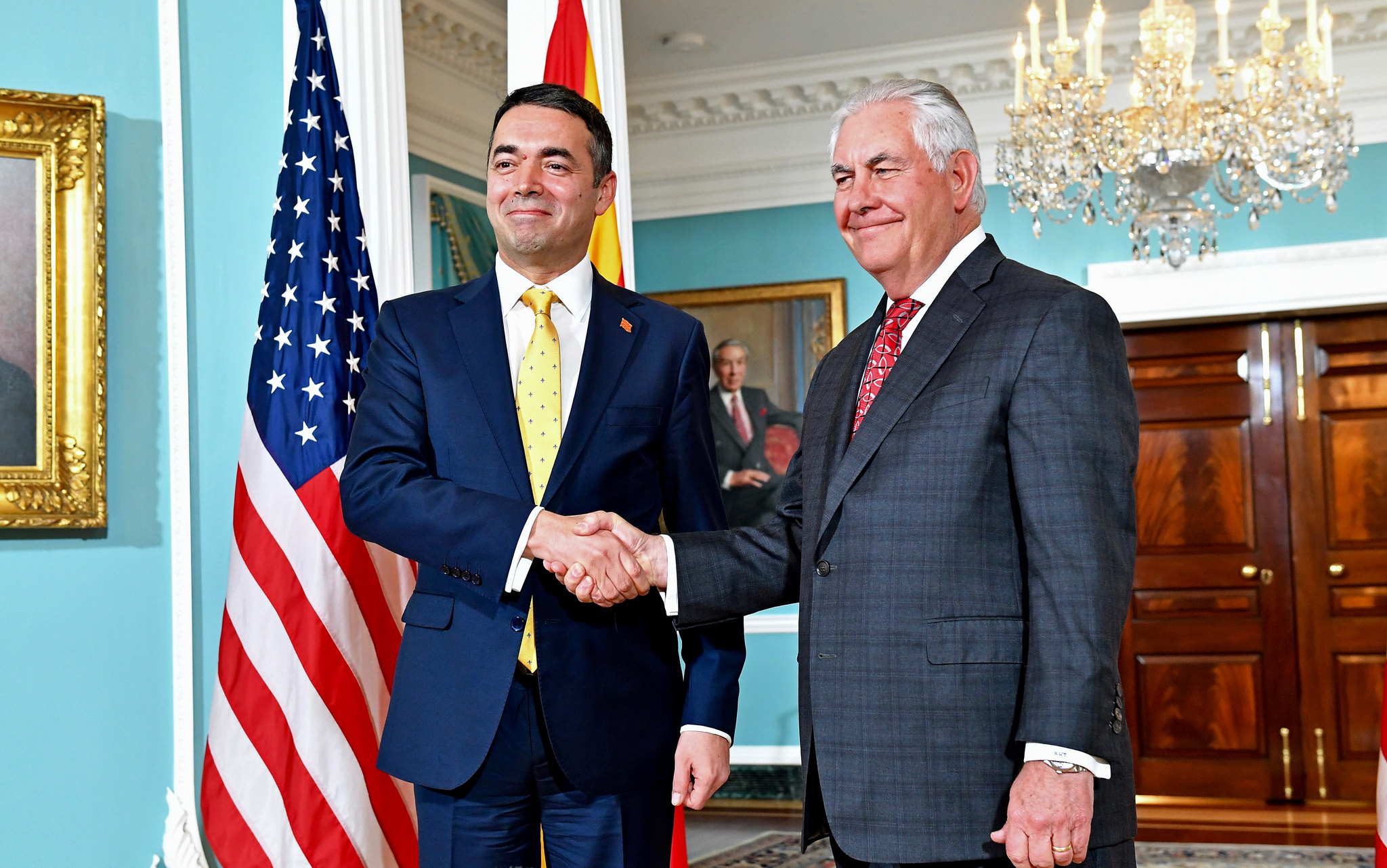 WASHINGTON – Yesterday, Macedonian Foreign Minister, Nikola Dimitrov met with US Secretary of State, Rex Tillerson in the State Department, where they discussed the current political situation in Macedonia and the region, and introduced him to the current situation in the process of overcoming the differences over the dispute the name with Greece, reported the cabinet of the foreign minister.

“Macedonia is a friend and a partner of the United States. We are convinced that with your help and leadership and with the support of our European allies, we will soon become part of the NATO family. Our dedication and determination is great, and our goal is to take advantage of the opportunity that we have been given”, said Dimitrov.

Informing about the reforms in Macedonia, Dimitrov emphasized that the Government wants to build strong and democratic institutions and strengthen the rule of law, so that Macedonia can become a full member of the Euro-Atlantic community.

Dimitrov reaffirmed the firm commitment of the Government of the Republic of Macedonia to gradually increase the defense budget in accordance with the Alliance’s requirements for the preservation of international security and the fight against terrorism.

Regarding relations with neighbors and the situation in the region, Dimitrov stated that “the failure to solve problems entails political responsibility”.

“US Secretary of State Rex Tillerson, stressed that Macedonia is on track to be a success and an example for the region. He pointed out that the United States will continue to play a positive role for the stability and progress of the region and to look for ways to help. Tillerson supported the reform agenda, urging the government to persevere in its implementation”, stated the Ministry of Foreign Affairs.