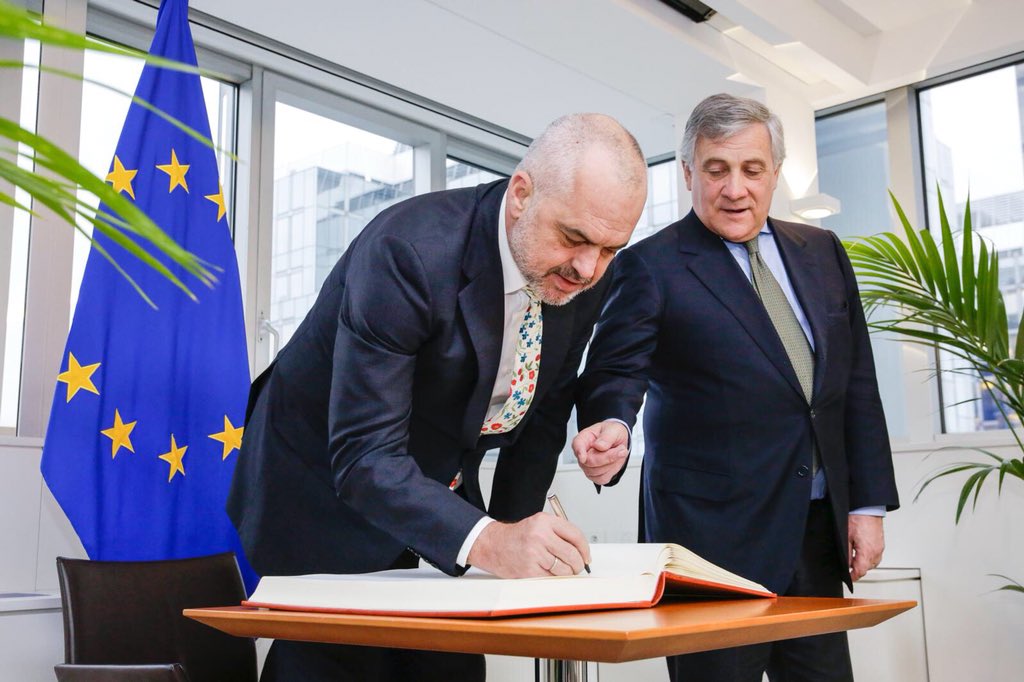 BRUSSELS – Albania has, under the leadership of Edi Rama, made enormous work especially on the justice reform, the fight against drugs and corruption – a work that we support and that needs to continue. This is a work that can open the way to further steps towards the European Union integration path, stated High Representative/Vice-President Federica Mogherini ahead of meeting with Edi Rama, Prime Minister of Albania.

“We hope to have a positive outcome to all our common efforts to initiate accession negotiations. I am proud to come here with more positive results and I am confident that we will have more in the future months,” PM Rama said.

Later on, Prime Minister met on with President of the European Parliament Antonio Tajani and discussed the stability in the Western Balkans, fight against terrorism and relations of Albania with the EU institutions.

Albania has made a significant progress in reforms which pave the way to the country’s EU membership, said Tajani during a joint news conference with PM Rama after their meeting.

He pointed out that Albania’s progress with reforms is significant and highlighted the reform progress of judiciary.

“This is a very good way of moving toward EU membership,” said Tajani.

On his part, PM Rama highlighted the importance of being able to provide facts and show results of Albania’s battle so that the end-result is opening of the accession negotiations with the EU.

“The result of our homework counts. I am satisfied with the fact that Albania can show that it has taken steps forward and we will continue to show the same determination,” said PM.