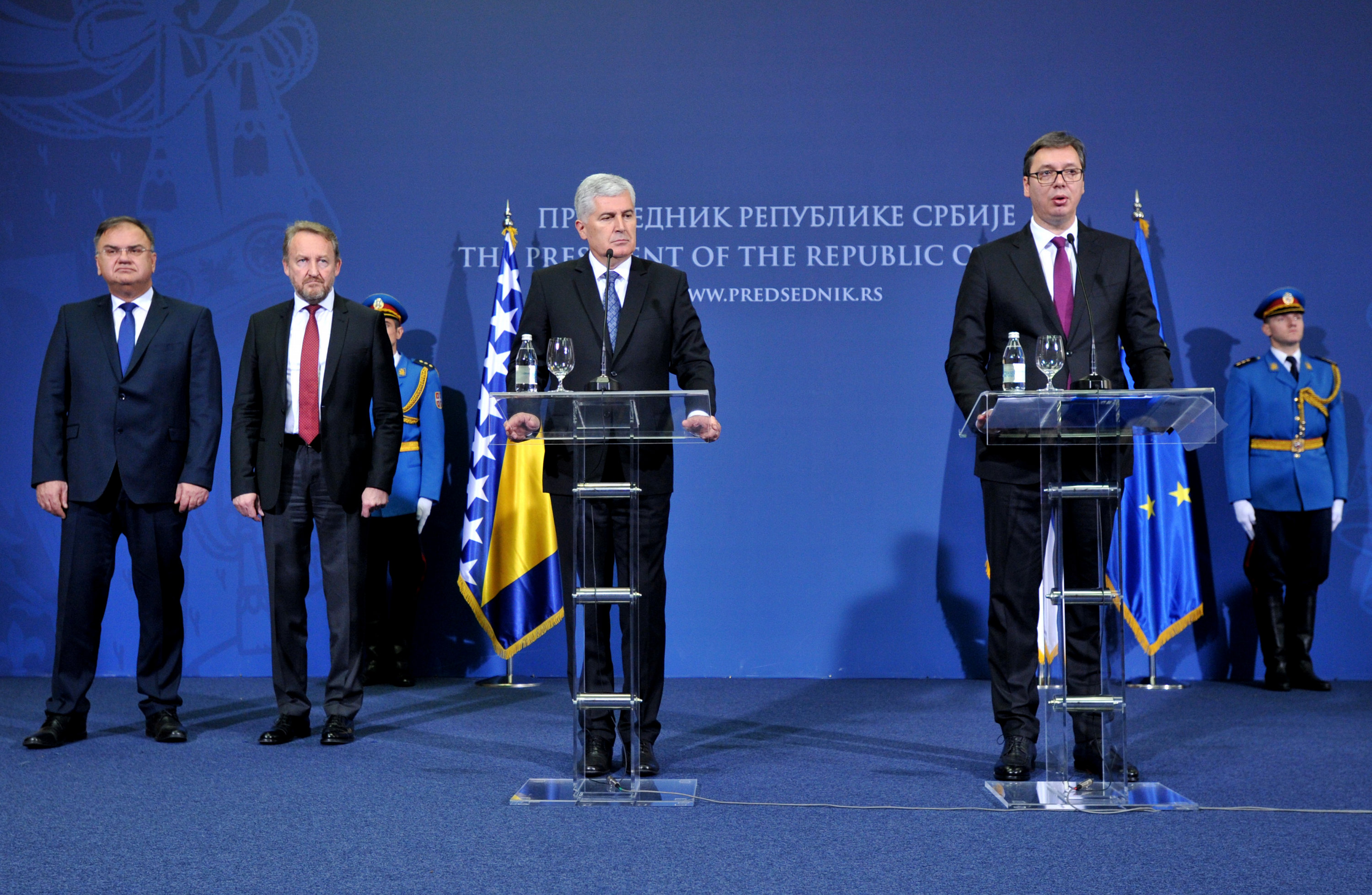 BELGRADE – Serbia strongly supports the development of relations with Bosnia and Herzegovina (BiH), which we see as a key partner, Serbian PM Ana Brnabić told the BiH Presidency in Belgrade on Wednesday.

Meeting with the members of the tripartite body – Chairman Dragan Čović, Mladen Ivanić and Bakir Izetbegović – Brnabić said she was satisfied with the good economic cooperation and a constant rise of the bilateral trade volume.

The two parties agreed the cooperation could be improved by boosting investment, implementing infrastructure projects and joint activities in third-country markets, a statement said.

Serbia is also satisfied with the fact that there is mutual support in the European integration process and regional cooperation, Brnabić said, adding that Serbia and BiH were cooperating successfully in several regional initiatives within the Berlin Process.

“Thank you for giving us possibilities and alternatives. I regret the fact we did not make better use of the time that has passed since Vučić’s visit to BiH, but now we have a model for the borders that is more or less accepted in principle,” Čović told a joint press conference with Vučić.

He said he believed a solution would be found on the basis of the model, which he said was “fair to both sides” and even “gentlemanly” in some parts.

“Still, it is always complicated because of BiH as it is harder for us to reach an agreement on this,” Čović noted, asking for a little more time for this to be coordinated internally in Sarajevo.

Whom to rely on: Serbia between East and West

Belgrade – Headquarters of the Secretariat of the Transport Community