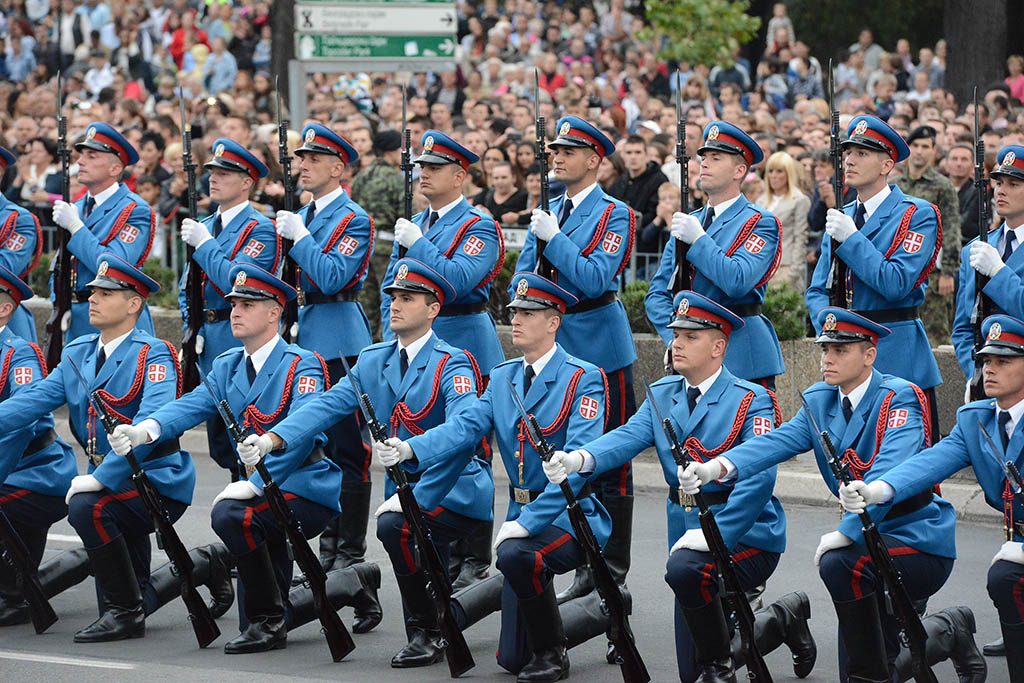 In the turbulent era of NATO-Russia relations, paratroopers of the Serbian Armed Forces (AF) had an exercise with their Russian counterparts in June 2017, and in November, the exercise was conducted with the US parachutists. Discourse in public opinion differs from a balanced approach to defense policy – if we judge according to the Serbian media reporting, it relies mostly on Russian military support, but if we analyze the concurrent activities then it is noticeable that the AF are working dynamically with NATO members.

Serbian defense policy is based on “military neutrality and independent defense building, but at the same time it relies on cooperation with other countries and international organizations in accordance to its own interests, needs, and principles” – one of the official definitions of the position of the country “on the front line”. According to current views, Serbia’s foreign policy and natural defense cooperation are naturally directed to the US, China, the Russian Federation and the EU as the leading global forces. In relation to NATO, defense policy as an important goal recognizes the development of a cooperation within the Partnership for Peace (PfP) program in order to meet the security standards required for the EU integration.

In practice, daily politics imposes a flexible attitude towards partner countries in the defense domain, and therefore, for example, cooperation with China is increasing “on paper” but the increase is extremely modest, almost symbolic, due to the geographical distance of the two countries and the lack of real need for activities such as tactical exercises. In the context of relations with NATO and the Russian Federation, exercises have become the main publicly visible instrument for the development of military-military cooperation.

Especially if we focus on the symbolic message of two exercises of the parachute units, it is clear that Serbia wishes to send the idea of maintaining partnership relations with its partners – that is why AF members took part in the “Slovene Fraternity-2017” exercise with the Russian and Belarusian parachutists on the Belarusian polygon near Brest in June 2017. US paratroopers and members of VS sailed in November 2017 from American planes and landed at the deserted area at Lisičji Jarak Airport, which was the final part of the exercise bearing the politically “correct” name “Winter-2017” for the AF and a symbolical “Double Eagle” for American parachutes. In a narrow military comparison of two exercises, the “Slovene Fraternity” was a complex activity involving more than 400 Belarusians, over 300 Russians and 50 Serbs trained to fight against paramilitary formations. Paratroopers used infantry and combat techniques as opposed to “Winter”, which was a presentation of parachute skills of 120 members of the Serbian AF and 96 members of the US Armed Forces.

The message of official Belgrade that military neutrality confirms exercises with both forces did not stifle critical tones – in particular the political level of the EU overtly negatively looks at joint exercises of the Serbs with the Russians, and on the other hand, for instance, the exercise “Winter 2017” was followed by the reporting of the two leading world agencies AP and Reuters in a very similar tone of Moscow being wary of the possible NATO expansion in the Balkans. In a regional context, countries that are determined to build a security model as NATO members and have already become full members or are aspiring the membership are openly critical of Serbia’s position, and the over-developed military cooperation between Serbia and the Russian Federation is viewed as a source of the potential breakthrough of the Russian “hard power”.

Joint exercises of the members of the Serbian Armed Forces with their Russian counterparts are a recent topic in contrast to activities organized with NATO members that are more of a routine, as they have been taking place since 2006 when Serbia joined the Partnership for Peace program.

Military-military cooperation between Russia and Serbia in the past has been reduced to the educational exchange of officers and a few courses. The first joint large-scale activity was the exercise “Srem 2014” held in November 2014 in Serbia. Initially planned to be an exercise with an antiterrorist scenario, but on the background of new global relations following the outbreak of the crisis in the Ukraine, the Russians showed the potential of a strategic maneuver with ready-to-use forces – reinforced airborne troops with 9 combat vehicles BMD-2 were transferred to Serbia from 6 II-76TD four-engine jets. Both parties initially agreed to hold a regular annual bilateral exercise, but the number of participants increased to three – Belarus joined and the exercise was given the symbolic name “Slovene Fraternity”. The first exercise under such a name was held in Russia in 2015. At the BARS 2016 exercise held in November 2016 in Serbia, members of the armed forces of Russia, Belarus, and Serbia practiced anti-terrorist activities. The hosts of BARS in 2017 were Belarusians.

Since 2015, exercises aimed at training pilots of the MiG-29 and Mi-8/17 have been held under the name of BARS, which the Russians have chosen for its political and propaganda significance – this is an acronym for the Brotherhood of the Russian and Serbian Aviators. As in the example of parachutists, the hosts of the exercises are the two countries intermittently – the first one in 2015 was held in Russia, then the one in 2016 was hosted by VS and lastly, in 2017, it was again the Russian turn to host the exercise.

Another permanent activity is the participation of the VS in the army games in Russia, where Serbian tanks have been present since 2014, and in 2016, they were joined by the members of the air defense units, and in 2017, by the chefs. In addition to the three regular activities of 2017, 70 members of the 37th mechanized AF battalion were participants in a Russian exercise as a part of the Russian mechanized battalion.

In the activities with NATO and bilaterally with the members of the Alliance, there are dozens and dozens of exercises and the listing of all activities would take too much space.

Generally, it regularly participates in regional exercises, which are part of NATO’s response to the current crisis in the East, and that is why units of the Serbian Armed Forces participated in 2017 in such exercises in Hungary, Romania, and Bulgaria. In addition, a high-quality cooperation is being maintained with neighbors from NATO through bilateral exercises – with the Hungarians it is being worked on a training of a river fleet (both countries use identical warships built in Belgrade), pontoon and infantry, the exercises of duty forces for control and surveillance of airspace including interceptions with hunting aviation have been held with Romanian counterparts, members of the missile units of air defense in the Serbian Armed Forces have shot at the Shabla camp in Bulgaria, etc.

An example of the complexity of the political background of the exercises is shooting at Shabla in July 2017, when the exercise at a bilateral level was first expanded and joined by the Americans and Ukrainians. However, the official reports of the Serbian Ministry of Defence remained silent about who was all on the Shabla field, but it was noticed in the professional circles that the Serbs were just right next to the Ukrainians at that exercise as well as at another NATO exercise in the Bulgarian field Novo Selo in August 2017, which a number of NATO and PfP members took part in.

A special type of cooperation between the Serbian Armed Forces and NATO is the implementation of the Operational Capabilities Concept (OCC), a model of training check for NATO units and allies that are potential participants in NATO-led operations.

In the complex mechanism of checking when entering the OCC, the declared units are equipped and trained according to precisely defined NATO requirements and undergo training courses in a period of four years in which the last word is given by NATO officers.

All activities with NATO are covered by the Individual Partnership and Cooperation Program, which is prepared every year and through a four-year NATO military training and exercises programme (currently, the 2014-2018 plan is in force). Irrespective of these plans, bilateral training is arranged.

Then a special area for analyzing cooperation between Serbian Armed Forces and NATO is support for education and training of personnel and donations that enabled the development of some new teams within the Serbian AF – with the support of the US, a Simulation Center in Belgrade was established for exercises supported by computer simulations and a Training Center for Multinational Operation Units in the base “Jug” between Bujanovac and Preševo was created, which will have the status of  a “partner” next year, i.e. it will host courses and exercises for NATO members and members of the PfP programs. The Americans donated 40 HMMWV off-road vehicles to the center “Jug” and the infantry troops of the OCC as well as the machinery to the engineering troops of the OCC.

As part of the cooperation with NATO, the participation of the AF in UN-mandated missions should also be taken into consideration, as the units are engaged as part of the higher units of Alliance members – in Lebanon in the UNIFIL mission, Serbian troop is part of the Spanish Battalion, and another one is in the sector under the Italian leadership. In the UNFICYP mission, Serbian AF is part of a joint battalion comprised of the Slovaks, Hungarians and the Ukrainians. Also, the reference to international cooperation is participation in EU missions because they are led by the members of NATO with a modest presence of partner countries. Preparations are underway for an engineering troop that is being equipped and prepared with the US support for the participation in one of the multinational operations. Serbian Armed Forces received grants from Denmark, Norway, Great Britain, etc.

On the eastern side, six MiG-29 hunters were transferred from Russia to Serbia in the first week of October, but this is a complex contract with the economic interests of Russian companies that will receive 185 million euros envisaged for the extra-budgetary payment of the MiG program. That is why the question is whether it is a purchase of aircraft under favorable conditions or a donation.

As for the value, the first “real” higher donation of the Ministry of Defense of the Russian Federation should be realized in the near future, and this will be 30 tanks T-72 and 30 reconnaissance vehicles BRDM-2. The only realized donation from November 2014 was ten parachutes D-10.

When it comes to contracts of a purely commercial nature, Serbia is heavily oriented to purchases from NATO.

The recent contracts for the procurement of 9 helicopters H145M (six for the AF and 3 for the police), automatic guns FN SCAR-L, and other infantry weapons. Two transport helicopters MI-17V-5 were purchased from Russia in on the “commercial basis” in June 2016.

An overview of the cooperation with NATO and the Russian Federation shows that relations with NATO are much more complex and deeper, since various forms of cooperation based on training, equipping and international engagement are intertwined. The picture is dramatically different if one follows the media coverage in Serbia, which is mostly focused on the development of relations with the Russian Federation. In addition, a series of tabloids create an idea of the full strategic reliance to the East, which involves the procurement of large quantities of weapons under favorable conditions. 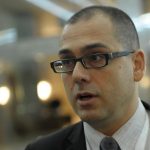 Military analyst and publicist. Since 1991, he has written for the British, Czech and Russian military and aviation magazines. From 2007 to 2017, he writes for the official magazine of the Ministry of Defense of Serbia – “Defense”. He is the author of several books.