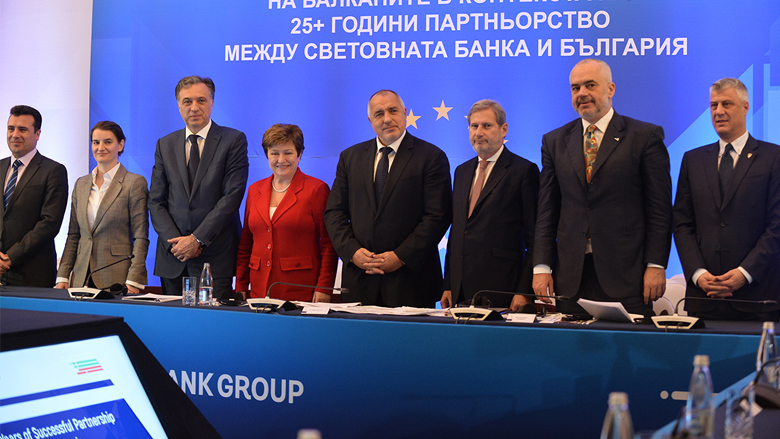 Sofia –  It is only up to us to demonstrate that the countries of our region bring prosperity rather than problems to the EU, Bulgarian Prime Minister Boyko Borissov said, addressing a Conference on Stronger Regional Integration in the Balkans here on Thursday.

The conference is supposed to develop tangible ways to drive forward growth and development in the Western Balkans countries and accelerate their EU accession aspirations, writes Bulgarian News Agency.

“Citizens of the Western Balkans countries will see transportation costs reduced and trade expanded under the 150 million US dollars Trade and Transport Facilitation Project,” Georgieva said during the conference.

“We estimate the benefits to be in the order of 1 billion dollars per year – an important contribution to regional efforts to boost growth and create jobs and opportunities for more people.”

The World Bank Trade and Transport Facilitation Project, announced on Thursday, is designed to streamline border crossings, improve the efficiency of logistics services and deploy modern smart technologies to improve freight and passenger transport and get goods to customers faster.

“The Western Balkan countries have a huge integration potential, and as it takes over the EU Council Presidency Bulgaria can help realize this potential,” the World Bank CEO added. “We are now tasked specifically with taking a serious look at transport links and the IT sector potential in the region. We would like to see easier movement of goods and people and physical queues turning into virtual queues and one-stop-shop service at border crossings through smart technologies,” Georgieva specified.

“It is important for Western Balkans leaders to come together to advance economic cooperation across borders, in transport, trade, and connectivity, which will promote business growth,” the World Bank official said.

“We are committed to supporting each country to achieve its objectives – while also connecting the region to the wider EU and global markets.”

“Everything bad in Bulgaria happened during the crisis in former Yugoslavia,” Borissov pointed out. “It was then that smuggling and organized crime emerged. The whole region sustained enormous damages from that war,” the PM said. “We are now all gathered around a table and stand a race chance of success,” he stressed.

“I recently talked to Sebastian Kurz, Austrian Foreign Minister and Chairman of the Austrian People’s Party that won the recent parliamentary elections. We stand a rare chance of enlisting Austria, which will take over the EU Council Presidency from Bulgaria, in working under a single plan for the Western Balkans,” he added.