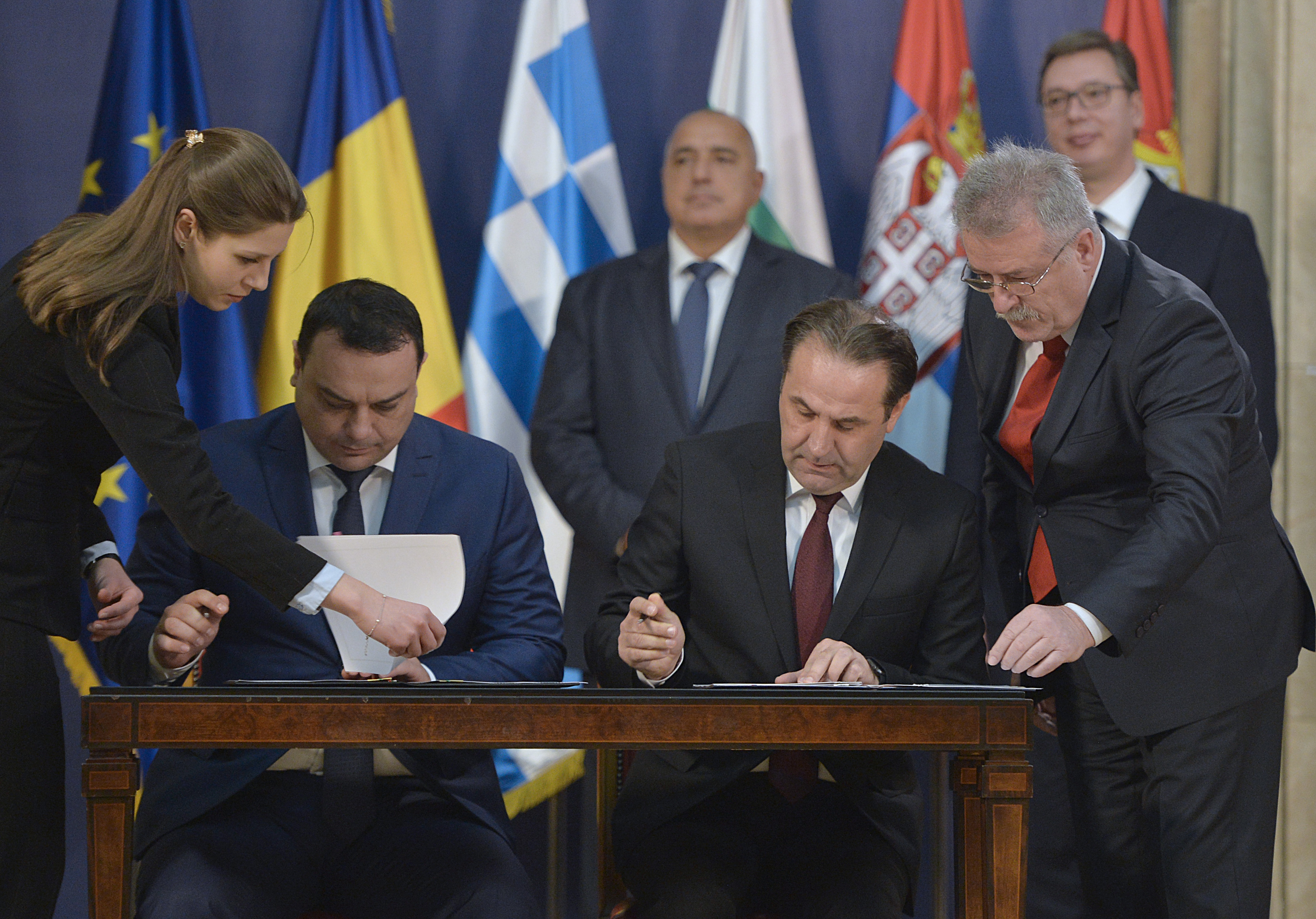 BELGRADE – Bulgarian Minister of Transport Information Technology and Communications Ivaylo Moskovski and his Serbian counterpart Rasim Ljajić signed today a Memorandum on reducing international roaming charges in the two countries, with the changes expected to take effect within three to six months.

The document was signed by the Ministers as part of a High-Level Cooperation Council between Serbia, Bulgaria, Greece and Romania on December 8-9 in Belgrade.

“Serbia is the second Western Balkan country with which Bulgaria has signed such an agreement. Bulgaria and Macedonia concluded a similar accord less than a month ago,” said Ljajić.

The abolition of roaming charges between the Western Balkan countries and the EU is among the priorities of the Bulgarian government and of Mariya Gabriel, the Bulgarian member of the European Commission who is in charge of Digital Economy and Society. It is part of the measures to upgrade connectivity in the region at all levels, which will have a direct impact on individuals and businesses.

Bulgarian Prime Minister Boyko Borissov is also taking part in the quadrilateral Balkan Summit, hosted by Serbian President Aleksandar Vucic and attended by Greek Prime Minister Alexis Tsipras and Romanian Prime Minister Mihai Tudose. They are meeting two months after their first round of talks in the Bulgarian seaside city of Varna to discuss economic cooperation, regional stability, and support for the integration of the countries in the region.

During the meeting on Saturday, Borissov said he is optimistic and believes that Serbia will cut short the deadlines for its EU accession, which he believes will contribute to the whole region’s development. “We want a united Balkans and no roaming charges,” he said.

According to him, the Balkans are burdened by history, conflicts and bloodshed, but it is time to forget about this and focus on improving people’s lives and catching up.

“We are not just geographically part of Europe, we all must not generate problems. We must show wisdom and that we have learned our lessons,” the Bulgarian Prime Minister further commented.

Borissov noted that the Western Balkan countries must develop their infrastructure, including communications and Internet connections. He recalled that Sofia is to host a 16+1 meeting with China next year, during which some infrastructure projects can be presented and get financing.

“What we are offering, in terms of new and modern infrastructure, will help the people. Where there is construction, there are no wars,” he noted.

Serbia’s EU integration was supported by the leaders of Bulgaria, Greece and Romania. All four have agreed to hold the next quadrilateral meeting in the Romanian capital of Bucharest next March.

Tsipras noted that cooperation, solidarity and observing international agreements will allow prosperity, peaceful coexistence, growth and development. He described the Treaty of Lausanne as a cornerstone for the Balkans.

“Within such a framework for cooperation, the Bulgarian EU Presidency, which we believe will be a Balkan one, will allow us to promote common ideas and values,” Tsipras said.

According to the Greek Prime Minister, Greece, Romania and Serbia could play an exceptionally important role for the whole Balkan region’s development. He said that the gas interconnector between Bulgaria and Greece was also discussed during the meeting.

Svilanović: We can be satisfied with number of chapters opened

Zaev in official visit to Kosovo next week

Referendum in Serbia on agreement with Kosovo probably in 2019