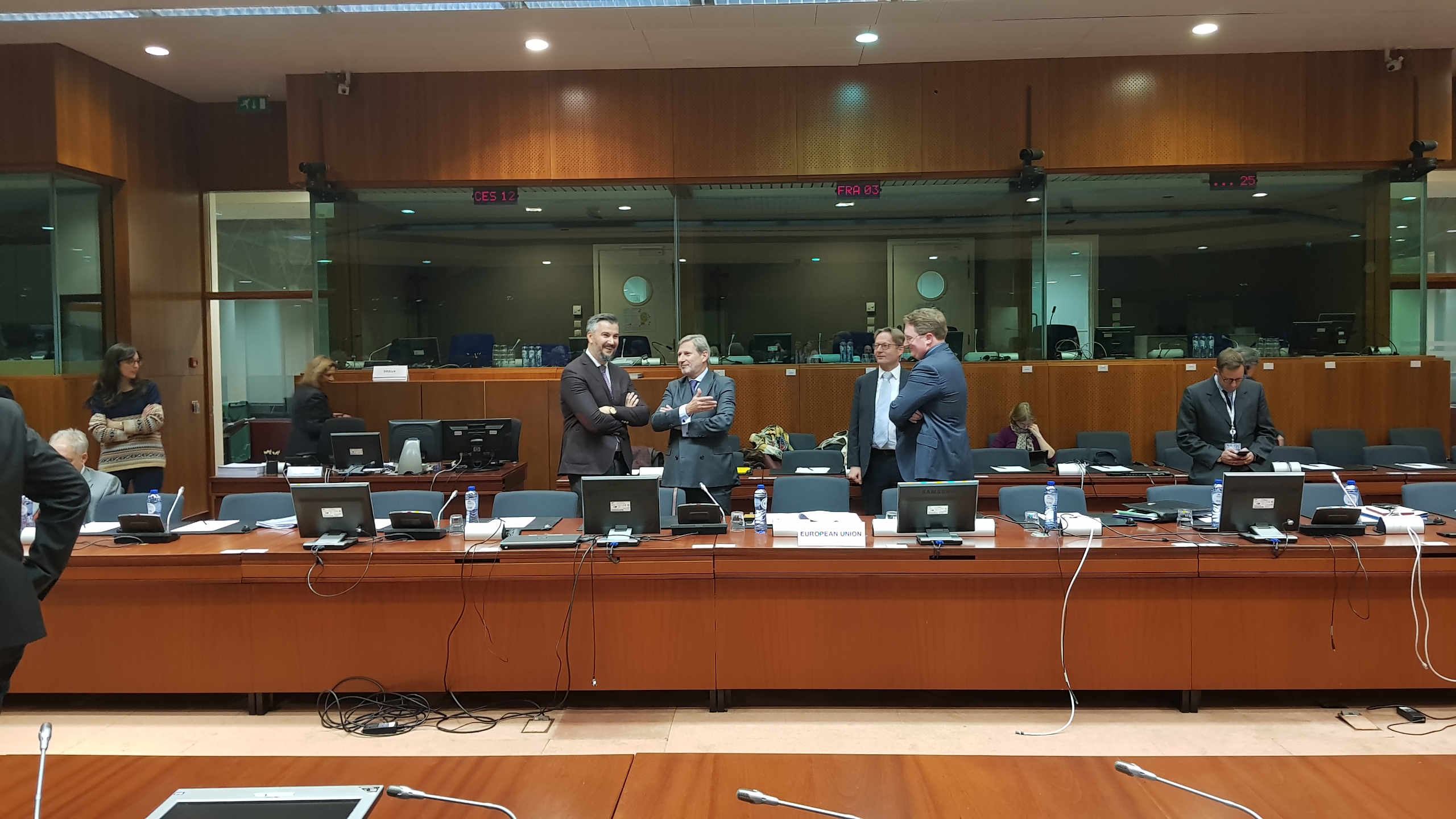 BRUSSELS – On the Intergovernmental Conference in Brussels today, Montenegro has opened two new negotiating Chapters, 2 – Freedom of movement for workers and 3 – Right to establish and the freedom to provide services.

In his address to the representatives of the member states and the European Commission, the head of the Montenegrin delegation, the Minister of European Affairs Aleksandar Andrija Pejovic expressed his satisfaction that the Montenegrin efforts and results in these areas were recognized and that Montenegro, with 30 open and three temporarily closed chapters, successfuly closes this year.

He emphasized that today’s success is the result of the work not only of the negotiating structure in chapters two and three, but also of the rule of law developments registered by the European Commission in its working paper recently published by the Ministry of European Affairs.

The European Commissioner for Neighborhood Policy and Enlargement Negotiations, Johannes Hahn, praised the significant progress that Montenegro has achieved so far in the area of ​​the rule of law, both in the reform of legislation, in terms of institution building and capacity building, and initial results in the fight against corruption and organized crime.

He expressed the expectation that Montenegro will continue to demonstrate strong political commitment and achieve convincing results.

He also pointed to positive developments in the field of public administration and economic and fiscal reforms. “As always, the EC will continue to support the accession of Montenegro to the EU, with technical and financial assistance,” Han said.

Chairperson of the Council of the EU, Estonian Minister of European Affairs Sven Mikser said that the Estonian EU Presidency is committed to pursuing the enlargement policy.

“We believe that the policy of enlargement, 13 years after Estonia became a member of the EU, has the true power to bring about changes in the lives of citizens and to continue to represent a strategic investment in the peace and progress of the whole of Europe,” he added.

He assessed that today’s opening of the chapters testifies to Montenegro’s steady progress in the process of EU accession and the fulfillment of membership criteria.

He stressed that Montenegro remains a leader in negotiations with the EU and a reliable partner.