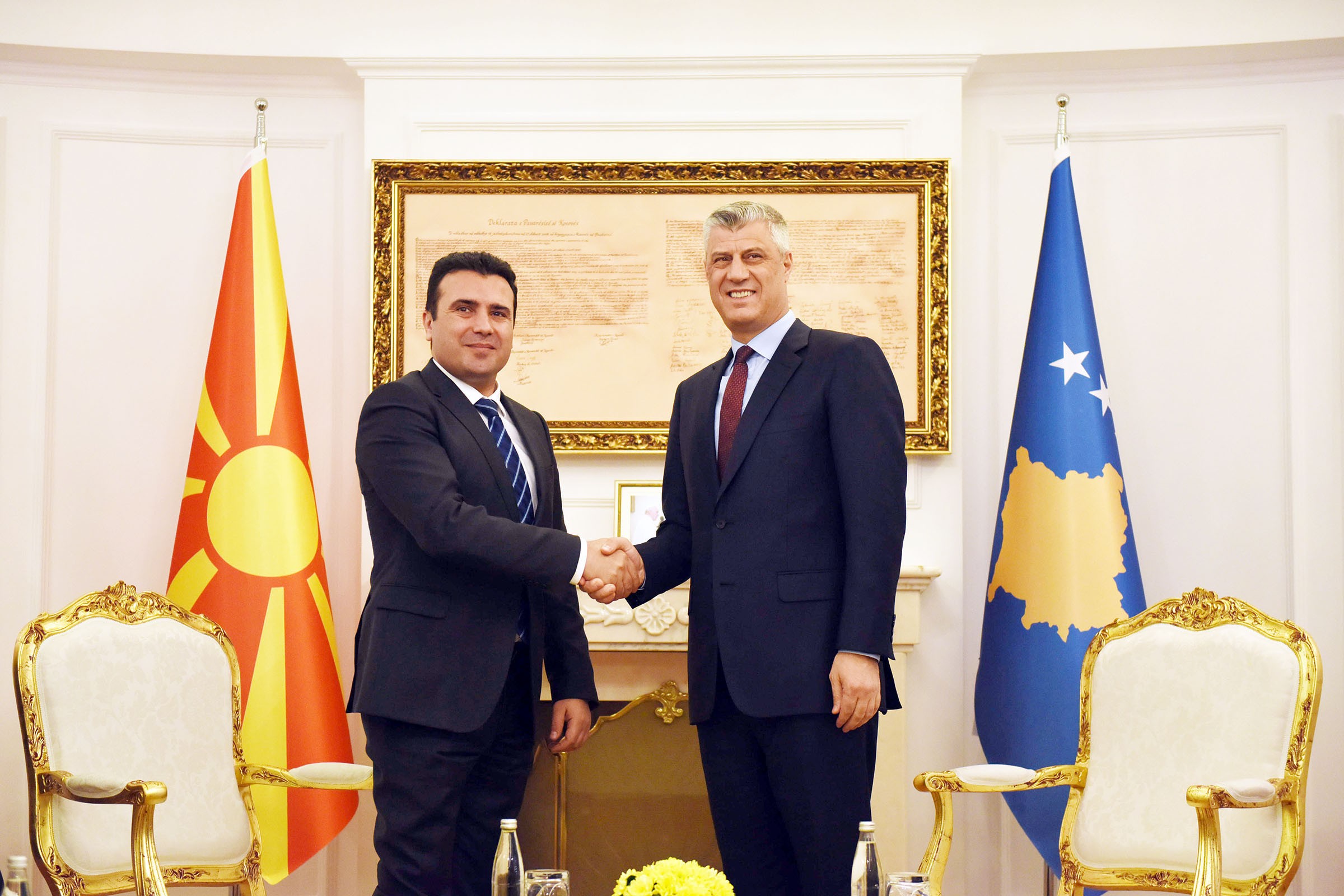 President Thaçi stated that Kosovo and Macedonia have the same aspirations and ambitions for membership into NATO and the European Union.

“We will cooperate and support each-other in accomplishing these aspirations. On the bilateral plane, our cooperation with Macedonia is increasing and we appreciate the support of Macedonia gives to us in the international arena”, said Thaçi.

The Head of State stated that he appreciates the commitment of the Government of Macedonia to accommodate all communities living in Macedonia.

“Both of our countries, as two neighbouring countries with a similar spirit, Euro-Atlantic commitment and vision, remain determined to cooperate close with each-other”, he added.

Moreover, he stated that fortunately there are no open issues between the two countries.

“Good neighbourly relations are a determining factor to our joint Euro-Atlantic future as a region. Kosovo respects the territorial integrity of Macedonia and strongly supports the full implementation of the Ohrid Agreement”, stated the President.

On the other hand, the Prime Minister of Macedonia, Zoran Zaev, thanked President Thaçi for the hospitality and said that this is proof of the joint commitment to strengthen inter-state cooperation.

“Fortunately, Macedonia and Kosovo do not have any open issue, which means that mutual support in our path toward Euro-Atlantic integration will continue”, stated Zaev.

President Thaçi emphasised that both countries have a single platform, that of Euro-Atlantic integration.

Nimetz: Dispute may be solved by next year, but there is no new name