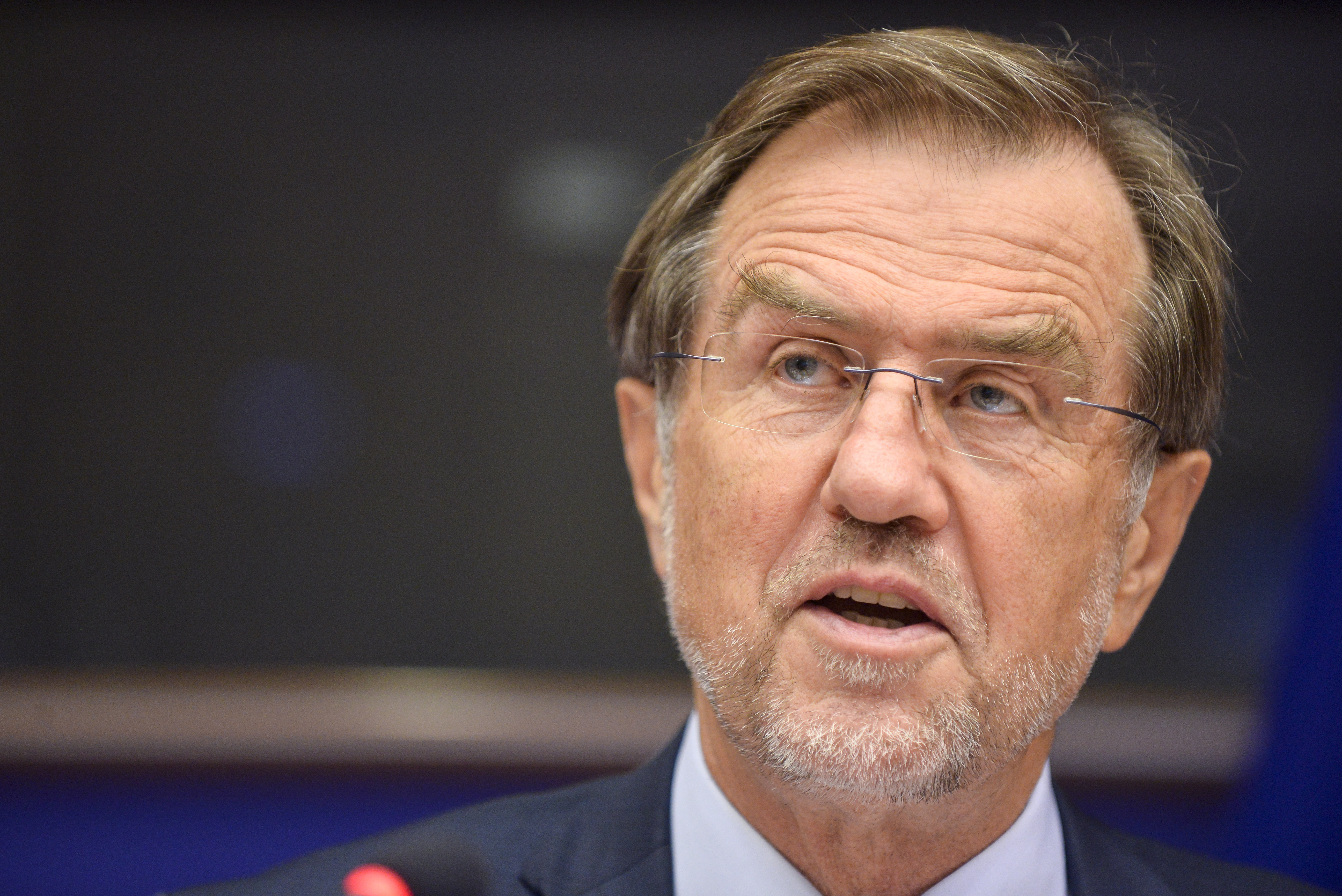 EWB Interview with Alojz Peterle, a Slovenian member of Group of the European People’s Party in the European Parliament and a Co-Chair of the EU-Former Yugoslav Republic of Macedonia Joint Parliamentary Committee.

European Western Balkans: Since You are a Co-Chair of the EU-Former Yugoslav Republic of Macedonia Joint Parliamentary Committee, how do you estimate the level of inter-parliamentary dialogue?

Alojz Peterle: Due to the prolonged political crisis, the inter-parliamentary dialogue has been severely limited in recent years. In fact, the last time our two delegations met in their full capacity was two years ago in Skopje. When we did meet, rather than discussing what concrete steps could be taken to achieve a European perspective for Macedonia in a timely and efficient manner, too much time and energy were wasted on accusational language between political entities. Any outcome of our dialogue depends heavily on the quality of the dialogue within the Macedonian delegation and progress towards shared goals across party lines. The more political parties in Macedonia can work together towards common objectives that benefit the country on its path to the EU, the higher level of dialogue our inter-parliamentary delegation will be able to achieve. I, along with the other members of the delegation, look forward to welcoming our Macedonian counterparts early next year to resume this constructive dialogue.

EWB: How do you assess the EU’s cooperation with the new government in Macedonia?

AP: Those of us who have followed the story welcomed the end of the political deadlock which had paralyzed the country on its European path for so long. We are still in the early stages of this new government and there is much to be seen as to how much they can deliver on promises that were made during the campaign. Nevertheless, I am pleased to hear many interlocutors perceive fresh momentum in cooperation between Brussels and Skopje. We should continue to build on this progress.

EWB: How do you see the efforts of the new authorities in Macedonia to resolve the name dispute with Greece, since this is one of the key obstacles for this country on its Euro-Atlantic path?

AP: Just as there are two sides to every story, efforts are needed from both sides of this name issue to find an acceptable solution. We have seen progress in the area of confidence-building measure between Athens and Skopje, however I hope that more concrete steps will follow. It is important to realize further political blockades will be of no added value for anyone, neither for the individual countries involved nor the broader region as a whole. I will say that I am more optimistic than I was one year ago that an acceptable solution to both sides might be achievable.

EWB: What do you see as other, most significant challenges on the Macedonian road to the EU?

AP: The items I have already discussed remain key issues on the road to the EU and I am confident that the Macedonian political establishment knows exactly what needs to be done to finish this process.

Inter-ethnic relations will also be significant as it is of key importance that all ethnic identities feel at home and included in the decision-making process, with can only be achieved by continuing to build more inter-ethnic confidence. With regard to neighbourly relations, the opening of relations with Bulgaria has been seen as a promising indicator of what fresh momentum may be able to accomplish. I would say that it remains important for Macedonia to continue its efforts to foster relations with its neighbours in all directions.

I do not intend to repeat again the areas addressed in the Commission progress reports, but I would like to emphasize a more general aspect- this is the concept of power. I would like to see not only Macedonia but also the other countries in the region, foster an understanding of power and leadership that is more inclusive and cooperative.

EWB: President of the European Commission Jean-Claude Juncker recently announced Strategy for the successful accession of Montenegro and Serbia into the EU by 2025. Do you believe that Macedonia can advance fast enough on its path towards the EU, and maybe, by 2025 catch up with them?

For years, Macedonia was considered the “best candidate” in the region. However, each candidate country should realize that it’s the biggest competition is itself. I am hopeful that the country will be able to make progress and diminish the asymmetric situation in the accession process of the region.

Chapters 2 and 3 are important for all citizens of Montenegro