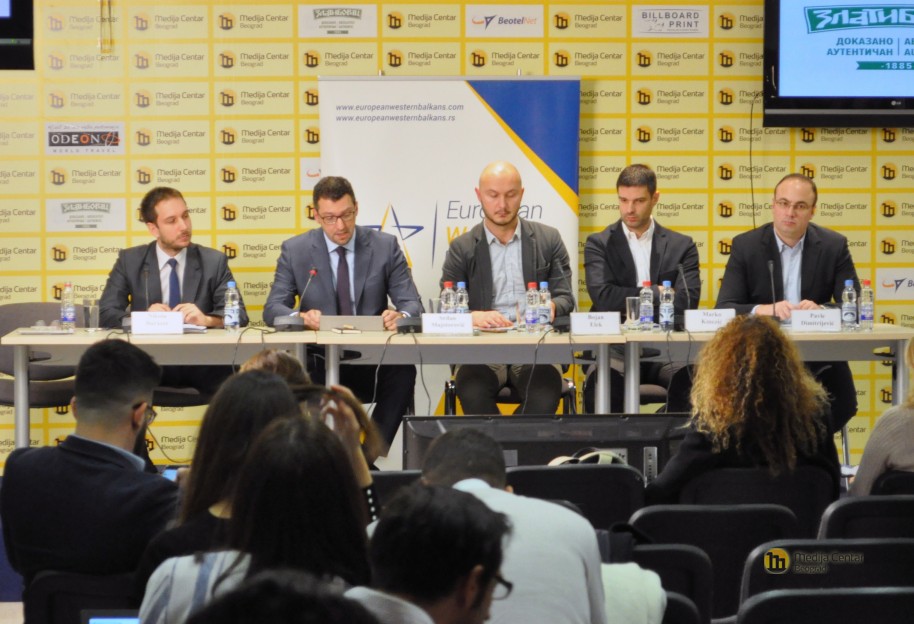 BELGRADE – Civil society organizations are actively following the Berlin process and the state of democracy in the region, they believe that this is a positive process which is focused on the Western Balkans and that, in order to help the European Commission and candidate countries, they have work on alternative reports which follow the implementation of the Copenhagen criteria.

This is the message of the joint conference “Western Balkans and the EU: The Way Forward” organized by the Centre for Contemporary Politics, the portal European Western Balkans, the Institute for Democracy “Societas Civilis” from Skopje and the European Fund for the Balkans.

According to Igor Bandović from the European Fund for the Balkans, the Berlin process is one of the most important mechanisms of regional cooperation, and that he considers that it is very important to monitor the achievements and everything that is happening in the process.

“The key issues for this process are the state of democracy in a region that includes democratic freedoms, media freedoms, and within that part, we have supported a regional project that is trying to make an alternative type of reporting on democracy in the region, mainly guided by the Copenhagen criteria,” said Bandović.

According to Nemanja Todorović Štiplija from the European Western Balkans, these reports are very similar to those of the European Commission (EC) which are within the part of the Country Report, and their goal is not to give a different glimpse of what the EC has to do but to help, with the contributions given by civil society, to make a better picture of the state of democracy in the Western Balkans.

In the Country Report issued by the EC, Štiplija explains, there is always a greater emphasis on the second part which is related to the negotiating chapters, and less on the Copenhagen criteria, and it is therefore decided to that this alternative report is going to work solely on this.

Zoran Nechev from the Center for European Integration points out that, in any case, the Berlin Process is a positive process, that focused on the Western Balkans, and that there is no similar process like this.

That is why they thought it would be effective if they made such a report, which would help both the EU countries and those of the Western Balkans to launch a debate and see how the process should look in the upcoming period.

“We are approaching the end of the first mandate of the Berlin Process, it is natural to start discussing whether there will be a continuation, how will it look like, how to improve the process, to be more efficient and visible, and so we came up with this report,” says Nechev.

As things are now, he emphasizes “it seems that the process will continue”, but also that it must be made more visible and more effective, and that there are two or three tangible results of that process, and that much more can be done, with a good atmosphere, which, he estimates – exists.

Nikola Burazer from the Centre for Contemporary Politics believes that it is paradox that the European integration process in the Western Balkans takes place in parallel with the negative tendencies in the state of democracy in almost all countries of the Western Balkan.

“The goal of our report is to provide an image of the state of democracy, that is, the concrete areas covered by the Copenhagen criteria on the European Commission’s reports, but they are almost completely ignored in the context of European integration, since they are not generally part of the negotiating chapters,” said Burazer.

Srđan Majstorović from the Centre for European Policy reminded that the Copenhagen criteria clearly emphasize that any state that wants to become a member of the EU must ensure the stability of democratic institutions, the rule of law, basic human rights and the protection of minority respect.

“We have a great disparity between what is being promoted – the rules that are adopted for accession to the EU, with real practice. The essence is missing, and it is defined in the Copenhagen and Madrid criterion, as part of the SAA process, in strategic documents, devoted to the EU enlargement and the negotiating process,” Majstorović said.

Professor of the University of Graz, Marko Kmezić, believes that the greatest threat to the security of the region is the lack of democracy.

“We have mostly dealt with Chapters 23 and 24. The European Commission has to more involved in these areas,” Kmezić said, adding that the false promise of stability is the greatest threat to the Western Balkans.

Regarding the opening of two new chapters in Serbia’s negotiations process, Kmezić believes that, along with progress on the European path, we can notice the stagnation of democracy in the Western Balkans.

On the other hand, Pavle Dimitrijević from CRTA explains that it is necessary to open a debate on the overall state of democracy in Serbia.

“There is an evident pressure from the executive authorities on the independent authorities,” says Dimitrijević.

Bojan Elek from the Belgrade Center for Security Policy believes that institutions in Serbia are becoming more and more closed and do not respond to the requests for obtaining information of public importance.

Policy Brief: The lessons of the justice reform in Albania can be applied to other WB countries