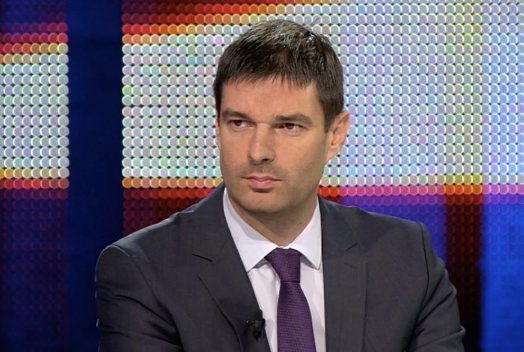 Earlier this week, Serbia opened two new chapters in the EU negotiating process – Chapter 6 regarding the company law and Chapter 30 on external relations.

Aside from these two chapters, Serbia was supposed to open one more – Chapter 33 on financial and budgetary provisions. Some believe that this move made by the EU was sort of a punishment for not meeting the conditions set in the fundamental negotiating chapters  23 and 24, regarding the rule of law.

According to Marko Kmezić, a professor at the University of Graz and a member of Balkans in Europe Policy Advisory Group (BiEPEAG) EU’s message could not be more clear.

“The rule of law is fundamental and without it, Serbia will advance its membership talks, but will not reach the goal of full EU membership. This is what can be concluded from the decision made by several EU member states, including Germany and France, not to open more than just two negotiating chapters with Serbia last week, despite Chapter 33 previously been set to open as well,” explains Kmezić, adding that this message signal limits of EU’s stabilitocracy promotion.

“Amidst the growing criticism, in the future, I expect the EU to be more focused on the rule of law and democracy-related matters in all the candidate countries. In this regard, it is important that EU’s criticism takes public form, as seen during Commissionaire Hahn’s visit to Bosnia and Herzegovina earlier this month, rather than behind the closed doors.”

Professor points out that lesson learned from Macedonian moment shows the importance of establishing expert missions – like Priebe led commission, to evaluate and recommend on how to strengthen rule of law and democracy in aspiring member states.

“On the other hand, Serbia itself needs to engage more decisively with meeting the conditions set in the negotiating chapters 23 and 24. If this is not the case, it will be hard to convince European partners of its honest intention to join the EU, regardless of countries’ constructive performance in regional affairs and normalisation of relations with Kosovo,” Kmezić says.

According to him, at the end of the day, neither Serbia, nor any other country from the region will enter the EU without free media, independent judiciary, functioning anti-corruption institutions, etc.

“This means that Serbian authorities need to speed up their game in meeting the requirements set in chapters 23 and 24, to begin with, they should implement the Action Plan in relation to chapter 23,” says Kmezić, adding that too often, the public administration is overburdened, and if this is the case, then this is an ideal moment for them to ask for support from the credible parts of civil society.

However, he believes that if things continue as they are, then politicians will indeed have a photo opportunity in Brussels here and there at the occasion of the opening of yet another negotiating chapter.

“But the results of this approach are somewhat disappointing: two closed and twelve opened out of 35 negotiating chapters in four years. In this tempo, Serbia will open all chapters in 8 years. It will close all chapters in 16 years. I believe that no one desires this scenario to prevail,” says Kmezić.