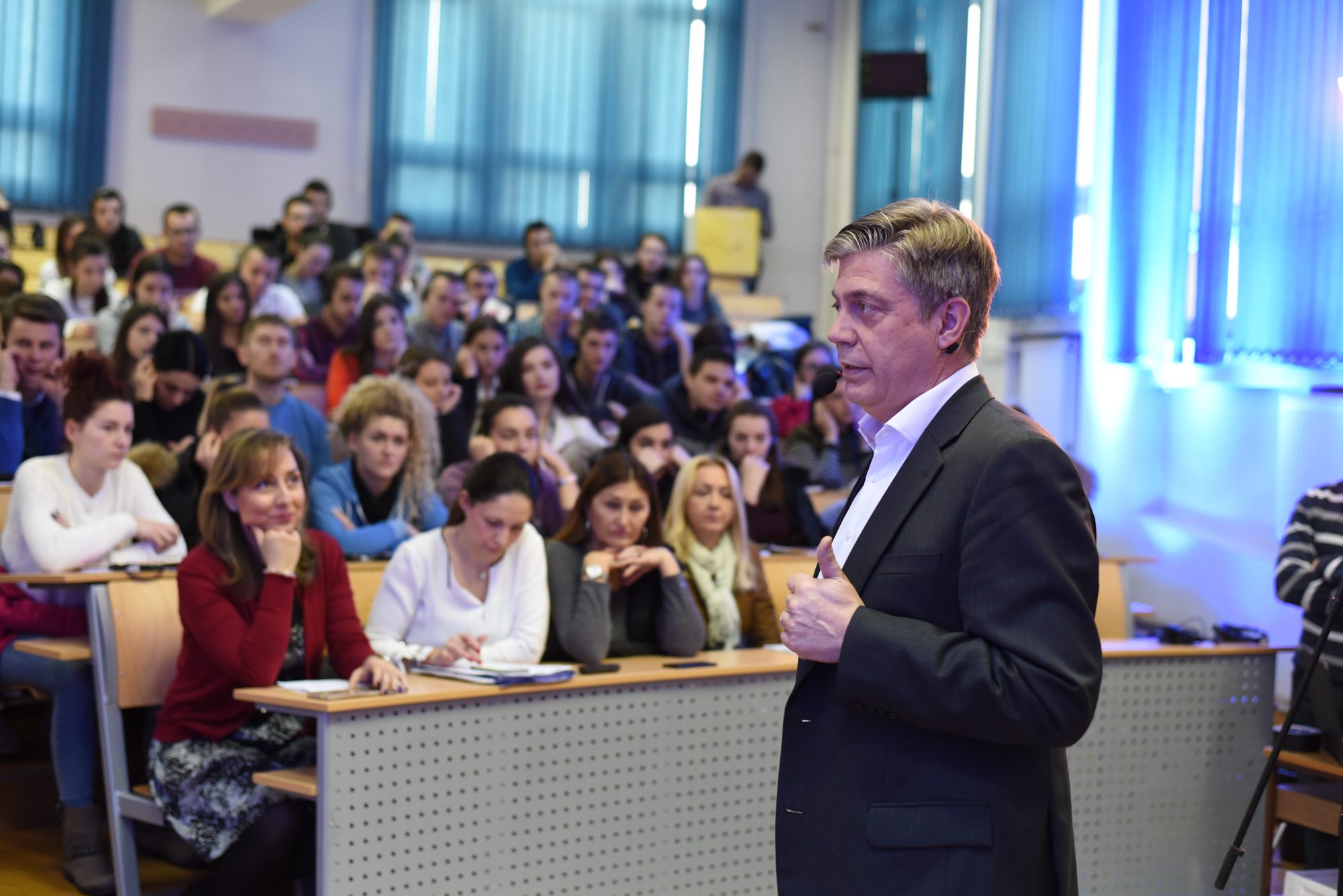 BIJELJINA – The European Union project for young people named EU for You has been, on December 14 , aslo presented to students in Bijeljina. Head of EU Delegation to BiH Lars-Gunnar Wigemark and the Ambassador of Slovenia Zorica Bukinac talked to students about challenges they face on a daily basis. Students in Bijeljina expressed their pleasure with the quality of education they have at their faculty, but also the opinion that the largest problem is a slow pace of reforms implementation in the country.

Ambassador Wigemark underlined, after being asked if the EU would have a special treatment for Bosnia and Herzegovina in the process of admission to the EU, that the Union has been assisting this country in this process, but also emphasised that “it is important that BiH puts an effort to prove that it is ready to integrate  the EU and its principles into its society.“

Ambassador Bukinac has spoken about the experience of Slovenia that had gone through the same process, highlighting that its citizens had similar fears whether it was about developing the infrastructure, competitiveness of the local products at the EU market and many other issues.

“I personally believe that BiH has a great potential and great resources for a successful competitiveness at the European market“, concluded the Ambassador.

Info Days have been organized at 14 public universities and faculties across Bosnia and Herzegovina in order to present the project E4U implemented in the second consecutive year by the European Union and to give an opportunity to students to express their attitudes about the state of the country. Undergraduate students will, with the help from their academic mentors and project experts, further work on the development of the public information campaigns  that will represent the perception of young people related to socio-economic reforms, especially in domains of education, employment and enterpreneurship. The last Info Days in this part of the project will be held tomorrow in Tuzla.