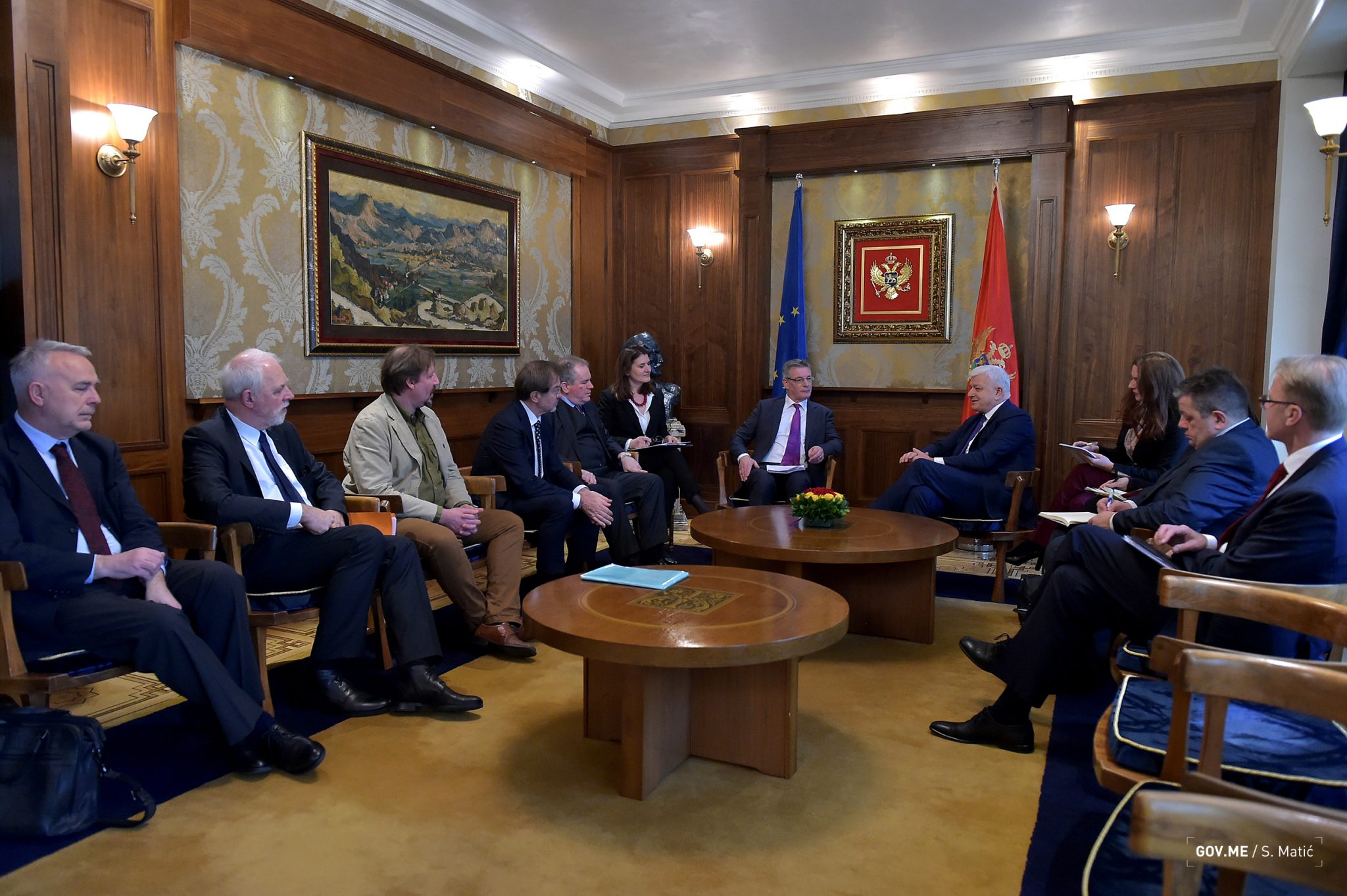 PODGORICA – The enlargement policy of the European Union and the Western Balkans is one of the key policies of the Union. Given the fact that all the countries in this region have chosen a European and a pro-Western course, the European Union should send a clear encouraging message to the region on its European perspective.

This was concluded at today’s meeting of the prime minister Duško Marković and the delegation of the European Parliament for relations with Montenegro led by the head of the delegation and co-chair to the EU-Montenegro Stabilisation and Association Parliamentary Committee (SAPC) David Martin.

“Although there are different political challenges in the region, the European Union must send strong, brave and decisive messages to the Western Balkans in 2018 regarding the European perspective of the region. Bureaucratic procedures must not blur the essence,” the Prime Minister said.

On the other hand, he said that the leaders of the region were expected to make responsible decisions and overcome the challenges.

The head of the delegation David Martin expressed his full agreement with the view on the importance of continuing the enlargement of the EU and encouraging the countries of this region to implement reforms in the context of European integration.

Martin pointed out that the European Parliament shared the view that the Western Balkans must be one of the priorities of the Union, with each state having to be evaluated separately.

Speaking about Montenegro, Martin said that Montenegro was the next member of the Union.

“We think that the progress you have made is excellent,” said Martin.

As he said at a press conference in Montenegrin Parliament, the EU path is not an easy one, but further progress can be made on media freedom and the fight against corruption.

Martin said he was pleased that the opposition had returned to Parliament today, adding that Montenegro had a vibrant democratic system that worked well.

“We are concerned, however, because of the environmental chapter, since the necessary progress has not been made. Although we have expressed some criticism, I would like Montenegro to replace Britain in the EU or to be partners within the EU,” he added.

According to the Parliament speaker Ivan Brajović, readiness for the Montenegrin legislation to be further supplemented was shown today.

Meta: We need to go extra mile to ensure accession negotiations with EU