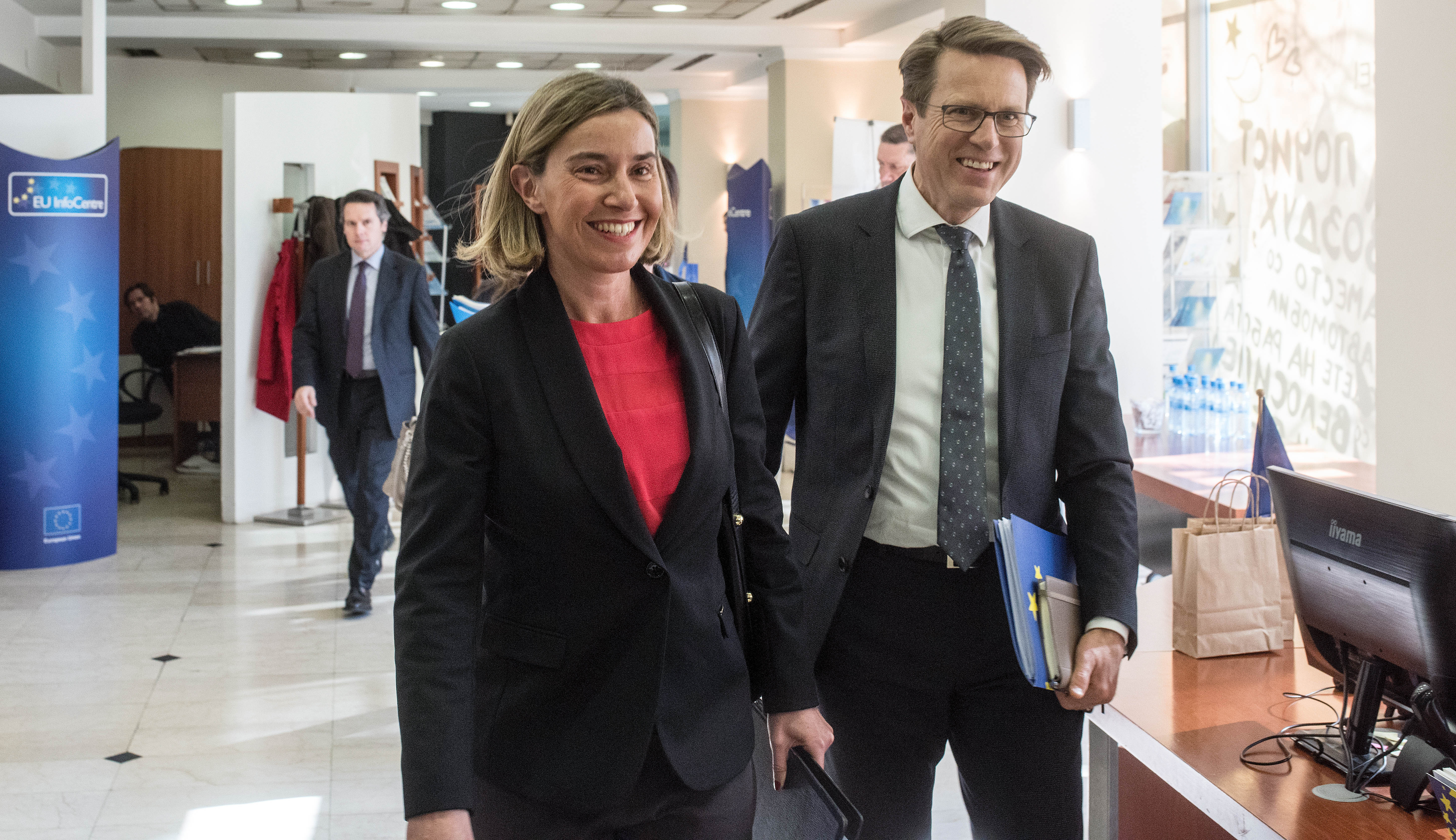 BRUSSELS – On November 29 the European Commission adopted the Action Programme for Macedonia for the year 2017. At the same time, the Financing Agreement between the European Union and the Government on the implementation of the IPA 2016 annual programme was signed on 30 November 2017. The two EU-funded programmes will support democracy and governance and will enhance the economic development and growth in the country.

Key priority remains better border management and migration policy and more effective fight against terrorism and organised crime. Special attention will be paid to prevention of radicalisation and violent extremism. The EU will equally boost the reform of the public administration, particularly seeking for improvements in the transparency and fight of corruption as well as development of the electronic services for the citizens, thus saving people’s time, efforts and money.

Fresh EU funding for companies, advisory support and e-services for businesses are expected to boost the performance of the private sector and make the companies more dynamic in creating more and better jobs and improving the economic profile of the country. At the same time, the planned investments in the educational system, coupled with innovative labour measures, will decrease the gap between supply and demand at the labour market and will contribute to decreasing the unemployment in the country.

Improved quality of educational process and of the social services will support the young people in the country as well as the most vulnerable people, thus creating for them a sustainable social and professional development perspective.

Since 2007, the country has received over 1 billion of EU funding to support key reforms and infrastructure. Additional 250 million more will be also allocated by 2020. This funding is helping to modernise the country and bringing concrete benefits to citizens in all spheres of life.

On this occasion, Ambassador Žbogar, Head of the Delegation of the European Union to Skopje, explained that these funds show just how serious the EU is about seeing the country’s future in the Union.

“This is why we are investing now in improving all its systems and bringing them to the EU standards, not because of the requirements of the EU, but for the benefit of every single citizen. The time lost needs to be caught up on through a stronger commitment of the Government and administration to the ongoing reforms, and by stronger involvement of the people in the reforms. It is everybody’s responsibility how far this country will go,” said Žbogar.

The Instrument for Pre-accession Assistance II is the main funding tool of the European Union to financially support the reforms in the countries of the Western Balkans and Turkey and prepare them for future membership in the EU. The total financial framework for Macedonia amounts to EUR 664 million for the period 2014-2020.

Of them EUR 250 million have been allocated for major investments in waste and water management facilities, transport network and irrigation facilities. About EUR 150 million will support major reforms in the public administration, public finance and justice as well as the civil society. The remaining funds of over EUR 260 million are intended to enhance the economic growth, the agriculture and rural development, to improve education, increase dynamics on the labour market and ensure modern social protection system.