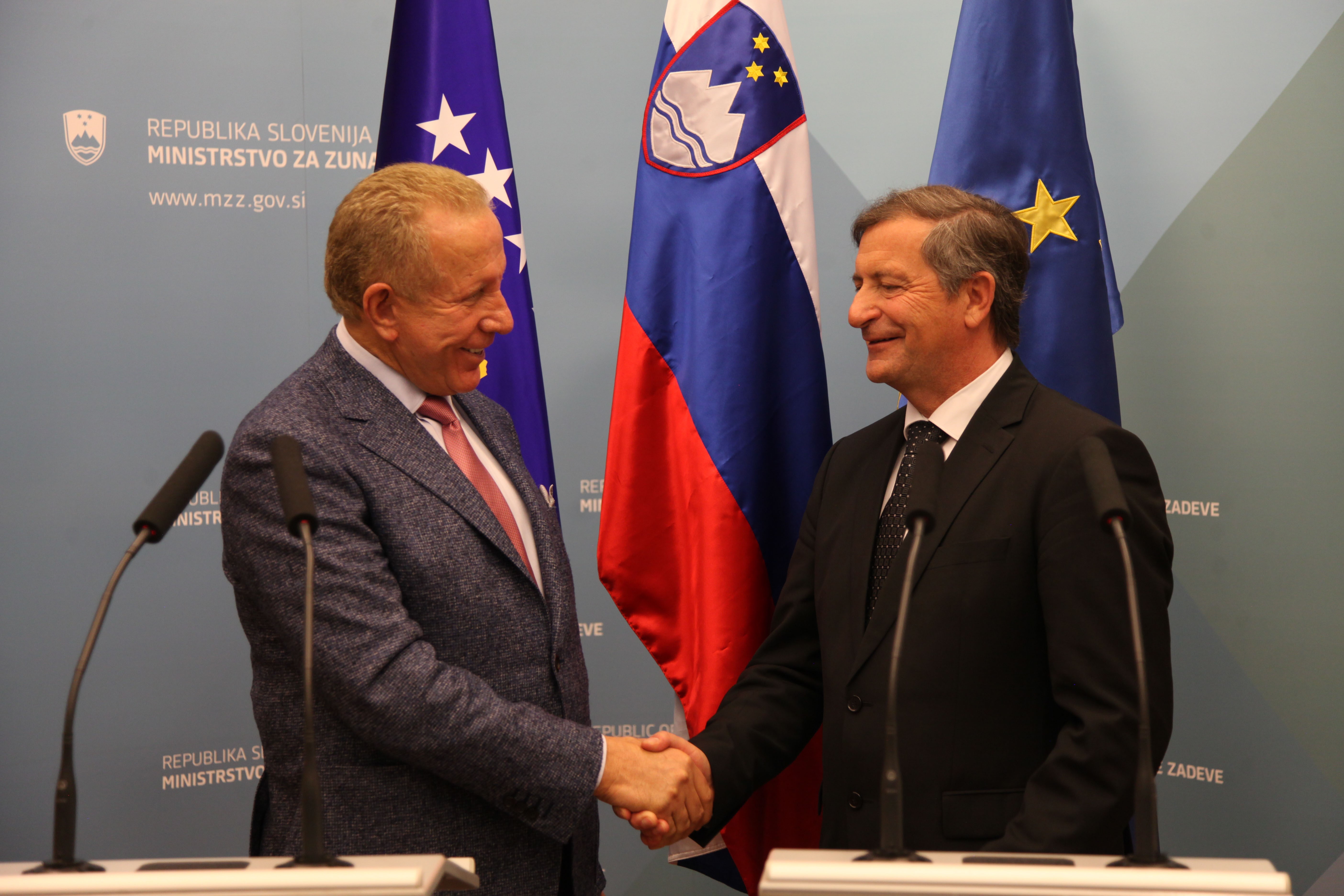 Pacolli and Erjavec; Photo: Ministry of Foreign Affairs of Kosovo

PRISTINA – Kosovo and Slovenia will deepen the economic cooperation between the two countries and in this regard an Economic Forum shall take place within the next three months.

From the Slovenian friend and partner state, we will have the full support in accelerating the visa liberalization process for Kosovo citizens and for full membership in international organizations, particularly in the Council of Europe, Interpol and UNESCO.

Thus was stated by the First Deputy Prime Minister and Foreign Minister, Behgjet Pacolli, after the separate meetings that he held today in the Slovenian capital Ljubljana, with the highest leaders of this country, including his counterpart, Slovenian Foreign Minister Karl Erjavec, the President Borut Pahor and the Speaker of Parliament, Milan Brglez.

Kosovo and Slovenia have traditionally had good relations and this friend and partner state had supported Kosovo and opened the doors to many Albanian intellectuals from Kosovo even when it was confronted with Serbian repression and systematic human rights violation. This spirit of friendly relations between the two countries and nations still prevails at all levels and a significant contribution to strengthening these ties has also been given by the diaspora of Kosovo living and operating in this country.

Since the declaration of the country’s independence, Slovenia is counted as one of the countries with a high level of Foreign Direct Investments in the country and hundreds of Slovenian-owned companies operate in Kosovo market nowadays.