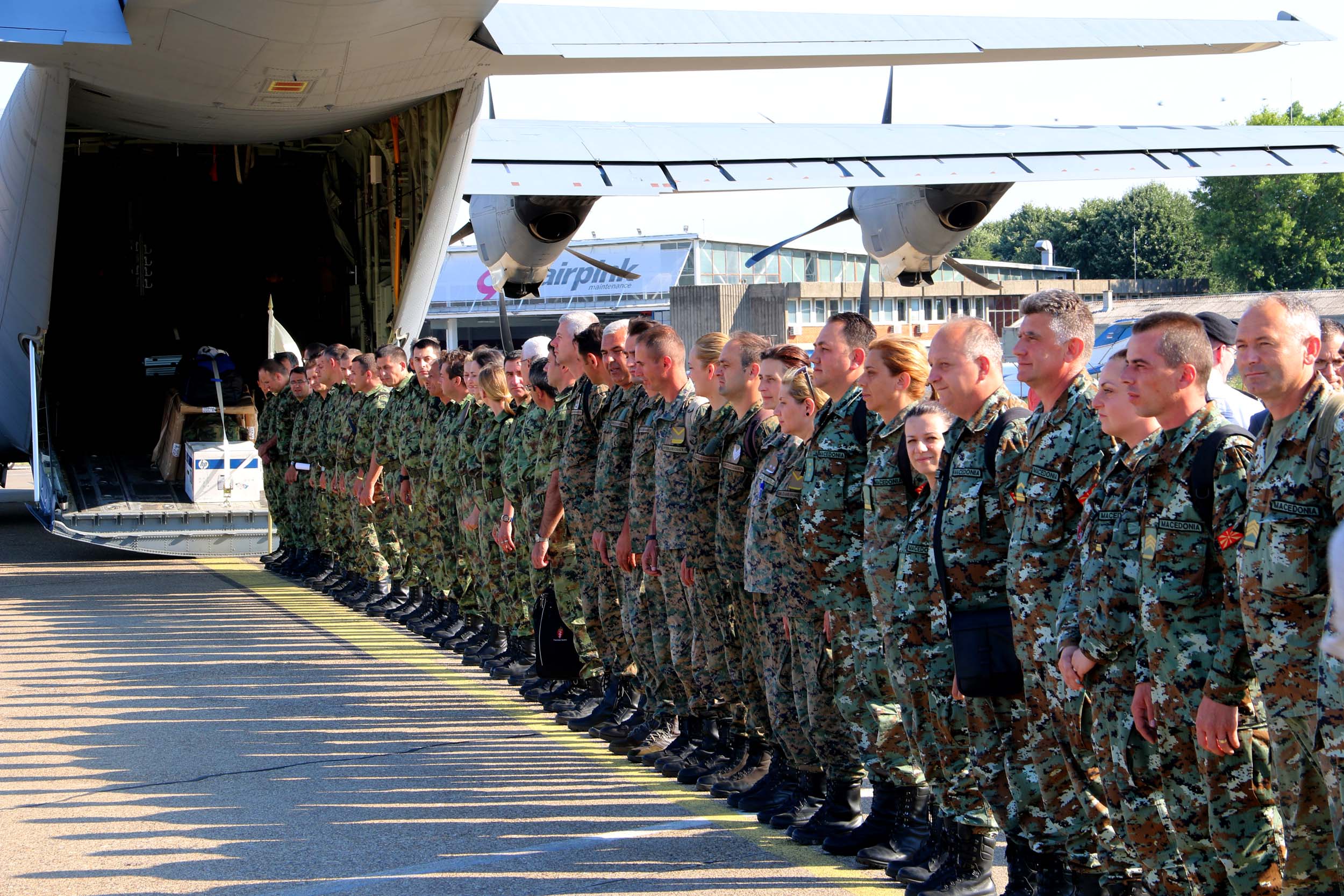 A steady increase in the level of cooperation between NATO and Serbia could be spotted in the last several years. Some of the areas of cooperation that have been particularly emphasized are the capacity building and the increase of the level of interoperability so that Serbia could build an internationally operable defence system able to meet all challenges and contribute effectively in the multinational exercises and operations.

NATO strives for a smooth cooperation of the forces of both its member states and other partner countries and, therefore, places a tremendous emphasis on interoperability, defined as “the ability to act together coherently, effectively and efficiently to achieve tactical, operational and strategic objectives”, which could be only achieved “through the effective employment of standardization, training, exercises, lessons learned, demonstrations, tests and trials”. Therefore, the Allies can easily put their operability into practice and take part in joint multinational exercises, operations, and peace-keeping missions. Although the issue of interoperability permeates various areas, ranging from technology, arms and military equipment, to the exchange of data, education, and training, the following passages will focus on joint training and exercises which, among other things, increased the level of readiness of the Serbian military personnel to take part in the multinational operations and facilitated the evaluation of the capabilities of the declared units by foreign evaluators.

In January 2015, NATO and Serbia agreed on Serbia’s first IPAP, a framework for further enhancing cooperation without any indication to membership aspiration, thus respecting Serbian declared military neutrality. One of the areas covered by IPAP is the preparation for the participation in multinational operations through the increase of the level of interoperability with the defence systems of Allies and other partner states.

It envisages, among other things, assistance to Serbia in building capacities to meet security-related issues and building capabilities and securing resources needed for participation in international peace operations, in order to develop an efficient and internationally operable defence system. It, too, confirms Serbian desire to strengthen regional and global security.

Nevertheless, the cooperation aimed at the development of capabilities for a prompt and efficient response to security-related had been already established under the Partnership for Peace Planning and Review Process (PARP). PARP aims to enhance interoperability and capacities of the forces of a partner country in order to be available to the Alliance for multinational training, exercises, and operations and serve as a tool to guide and measure progress in the modernisation and transformation of the defence sector in a partner state. It is a voluntary process, which every partner country takes part in following the completion of a PARP survey that entails the information related to the country’s forces, its capabilities, budget, etc., based on which a package of so-called Partnership Goals is created to meet the needs of a partner country.

The participation of Serbia in PARP, which started in 2007, was aimed at raising the level of interoperability in the Serbian Armed Forces. NATO and Serbia are currently working on 42 Partnership Goals and the two additional ones have already been fulfilled, according to the information provided by the NATO Military Liason Office in Belgrade. The aforementioned goals cover an array of topics, ranging from cyber defence, operation, and defence planning, fight against terrorism, to military-civilian cooperation, medical support, etc.

Serbian Armed Forces, too, take part in the Operational Capabilities Concept Evaluation and Feedback Programme (OCC E&F), through which the forces can be trained and evaluated for the purpose of mutual cooperation. Serbia has been using this mechanism since 2011, which provides the access to NATO procedures and standards, currently the only measure of the accomplished level of interoperability. Thus, although a military neutrality precludes the participation in NATO-led operations, Serbia has been implementing operational standards while preparing its declared units for the missions led by the UN and EU. The aim of the OCC E&F Programme is to help and guide the transformation and the development of interoperable defence forces, whose military personnel are able to perform safely and efficiently within the UN or the EU peacekeeping missions around the globe. MLO stated, in their presentation on the 10th anniversary of its existence in Belgrade, that the participation in OCC had helped Serbia to be recognised as the 7th highest force contributor in Europe to different UN and EU peacekeeping operations.

A two-week exercise “Stena 02” (Rock 02) with Serbian Armed Forces and NATO evaluators was completed on 27 October 2017 at the Borovac training field in southern Serbia, with the aforementioned objective to evaluate the level of interoperability and preparedness of Serbian declared units to execute complex tasks within multinational operations and missions.

During the most recent military exercise between the NATO and SAF, the evaluation was conducted in accordance with the standards and procedures of the OCC E&F Programme and included evaluators from different NATO commands, including Allied Joint Force Command (JFC) Naples (Italy), Land Command Izmir (Turkey), and Allied Joint Force Command Brunssum (Netherlands), as well as evaluators from Allied and partner countries including Serbia, Canada, France, Germany, Montenegro, Norway, Romania, United States, Austria, Bosnia & Herzegovina and Ireland.

“The Serbian units were well organised, prepared and demonstrated their mission while displaying unit motivation and utmost professionalism,” said French Army Lieutenant Colonel Benoit Estour, one of the heads of the evaluation team.

Positive remarks on the matter have also been given by Knut Kirste, Political Advisor for Serbia at the NATO Political Affairs and Security Policy Division, who noted in the interview for the European Western Balkans that, thanks to the army’s participation in OCC, the SAF had significantly improved its level of interoperability.

“Through NATO, hundreds of Serbian soldiers and officers have received training and attended capacity building course, which today help Serbia make valuable contributions to UN and EU peacekeeping missions. Our training also helps to keep Serbian personnel safer while they are on such missions”, added Kirste.

Apart from the aforementioned exercise, Serbia conducted a number of exercises in previous years that served to facilitate the evaluation of its declared units (e.g. “Stena 01”, “Štit-4” (Shield-4), etc.).

A mention should be made of the CBRN (Chemical Biological and Radiological Defence) Training Centre in Kruševac, which was in 2013 given the status of a Partnership Training and Education Centre by NATO’s North Atlantic Council, following the decision made by Serbia to offer the Centre for the training of NATO and PfP countries’ troops. The Centre has provided training for soldiers from 101 countries worldwide, including the countries from the region, Allies and PfP countries.

Serbia, nevertheless, remains to be military neutral country, at least declaratively. So far, cooperation with NATO has been limited to the preparation and the attainment of interoperability for the UN/EU led operations. It remains to be seen what the future will bring.