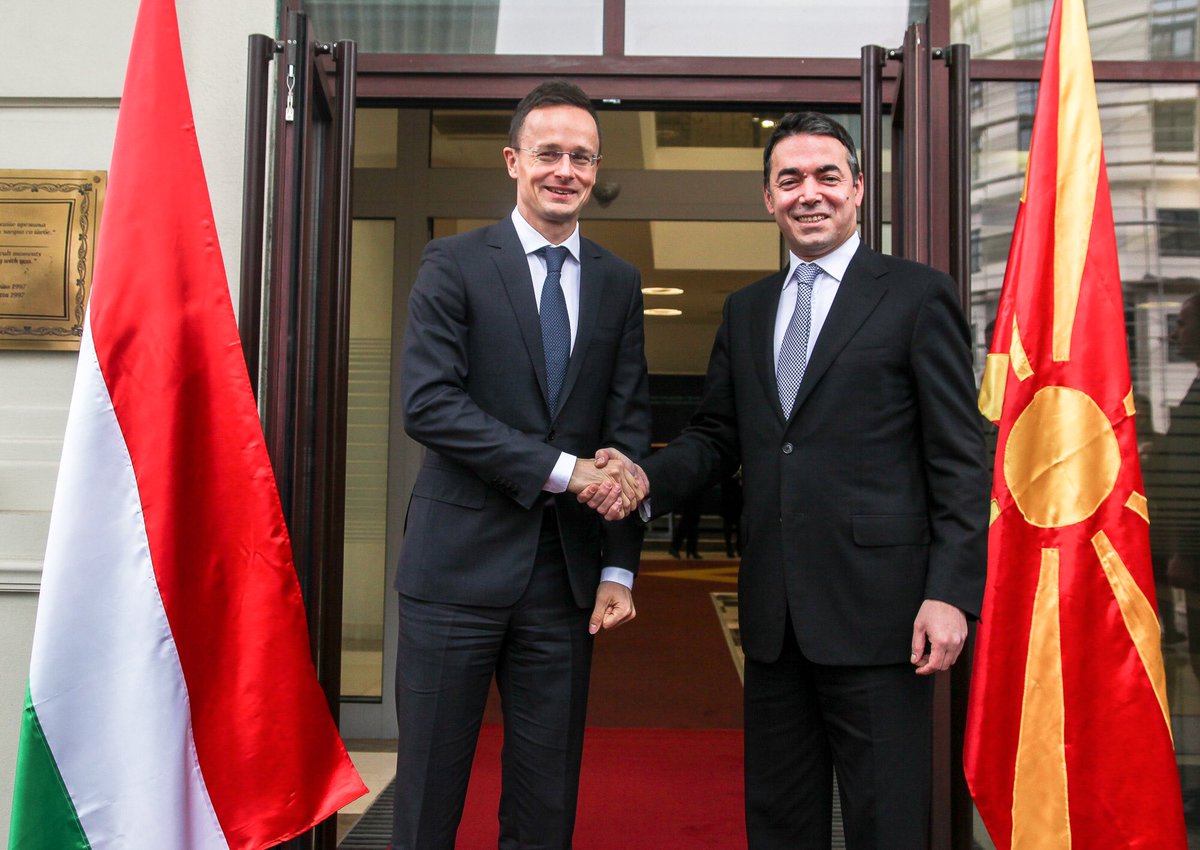 SKOPJE – The next NATO summit is unthinkable without the prospect of enlargement, and we want the EU to set a date in February about starting the negoations with Macedonia, said today the Minister of Foreign Affairs and Trade of Hungary, Péter Szijjártó in Skopje during the joint press conference with the Head of the Macedonian diplomacy, Nikola Dimitrov.

“Hungary will continue to provide its support to Macedonia and the countries of Western Balkans and it knows the difference. We know the difference between a calm situation in the region and its opposite. We want this region to be peaceful, we want the Western Balkans to be a source and an asset for a further European development, instead of risk for Europe,” stated Szijjártó.

He noted that the EU knows that Macedonia have already done a lot in order to integrate into the EU and NATO and Hungary remains its supporter.

“We would like the enlargement to be a part of the daily agenda on the next NATO summit,” said Szijjártó.

Dimitrov expressed his gratitude for Hungary’s support for Macedonia’s Euro-Atlantic integrations and stressed that the new government in a very short time has managed to improve the quality of the relations with the international partners, especially with the member countries of the EU.

“It took a very short time to breathe new quality into the relations with the EU. I introduced the minister with our good neighbourly policy and our investment in the good relations with the neighbours. We are determined to do everything we can not to miss the next train to Europe that is opening up in 2018,” said Dimitrov.